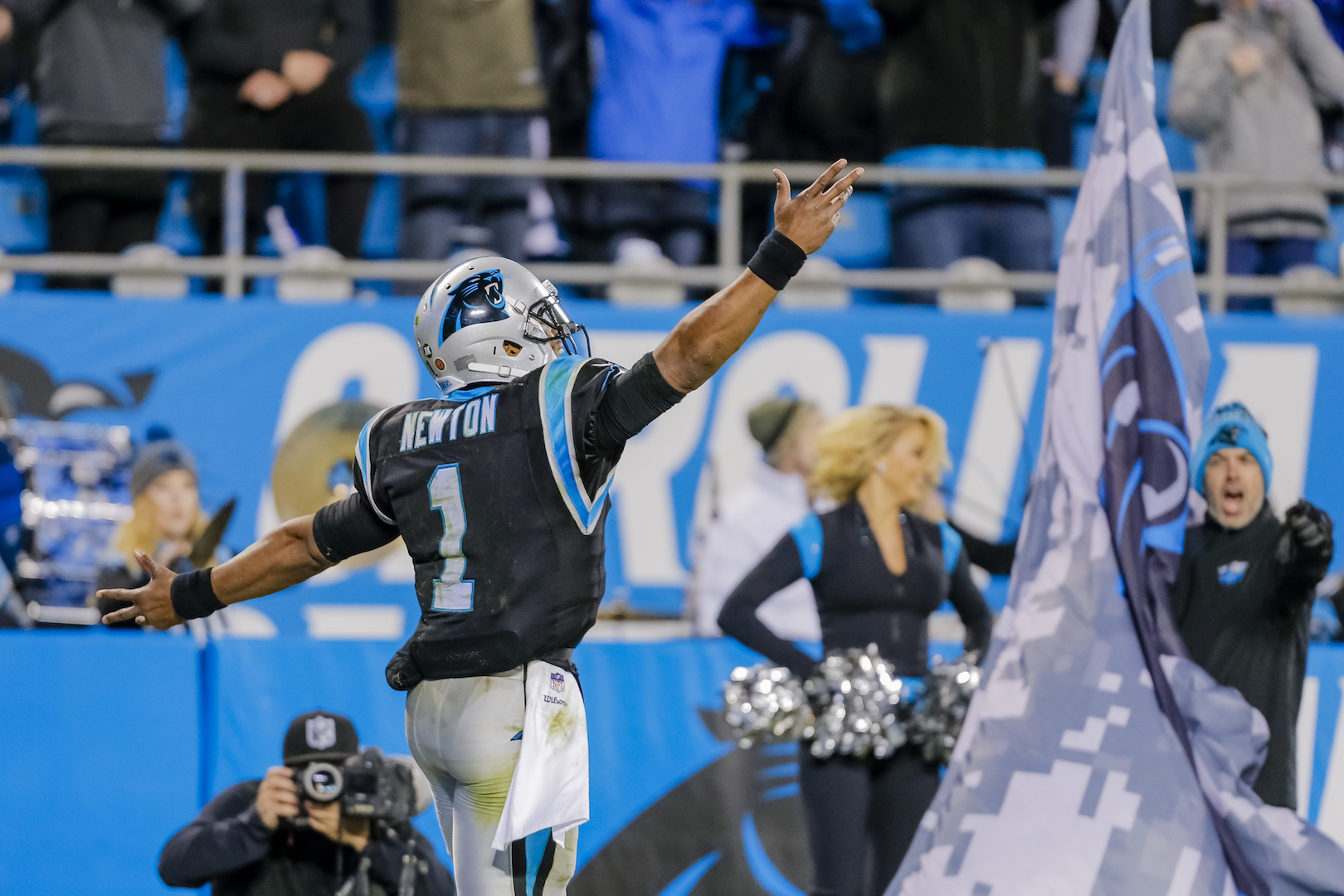 
The 2018 All-Fantasy teams continue with the All-Upside Team. These are the players that offer the most league-winning upside in drafts, and they’re all very familiar names. Here are the All-Safe, and All-Risk teams in case you missed them. This is for standard scoring with a lineup consisting of one quarterback, two running backs, two wide receivers, one tight end, and one FLEX (RB, WR, or TE).

Aaron Rodgers is a close second, but Cam Newton’s 700-rushing-yard, 10-rushing-touchdown upside gives him the slight edge. Norv Turner wanting to help Newton improve as a more efficient passer, along with Newton’s ability to get red-hot through the air, makes him the highest upside fantasy quarterback in 2018. He’s shown the downside if things aren’t going well, too, but he can carry teams to the fantasy playoffs if he’s at his best.

Some might be concerned if the Cardinals aren’t a good team this year, but they should at least be competitive under new head coach Steve Wilks and experienced offensive coordinator—and former head coach—Mike McCoy. The team has made it clear Johnson is going to get the ball a ton, and he might be more involved as a receiver with no clear number two option behind Larry Fitzgerald—especially if the offensive line doesn’t give Sam Bradford time to get the ball down the field. Johnson had 2,118 total yards and 20 total touchdowns in 2016.

Todd Gurley is coming off a season with 2,039 yards and 19 touchdowns for a resurgent Rams team last season, winning Offensive Player of the Year in the process. The franchise rewarded him with a record-breaking contract for a running back, so they obviously expect similar things moving forward. Gurley is a lock for 300+ touches if he stays healthy, and his home-run ability, along with the fact that he plays on what should be one of the NFL’s best teams, means he has huge upside.

Coming off a three-touchdown season, Julio Jones could be due for a progression in that department in 2018. Heading into last year, there was a lot of talk about how the team wanted to get Jones the ball in the red zone, but it didn’t work out that way in part because he often gets double-teamed in scoring territory. However, the addition of first-round rookie receiver Calvin Ridley could free things up, and other teams might be tired of running back duo Devonta Freeman and Tevin Coleman punching it in on them. Also, Julio is set to receive a new contract this offseason, so he might be even more locked in and motivated than usual—if that’s possible for him.

Perhaps the safest pick in fantasy drafts, Antonio Brown also offers among the highest upside of all players. Ben Roethlisberger and Brown might have the league’s best chemistry for a quarterback and wide receiver duo, and Big Ben’s confidence in AB ensures he gets plenty of opportunities to make plays. Brown is always around ten touchdowns per season, and he’s eclipsed 1,500 yards three times (and also has one 1,499-yard season), so even a slightly above average year for him is a lot of fantasy points.

It’s been several years since Rob Gronkowski had his 1,327-yard, 17-touchdown season, but even a step down from that statistically offers upside that’s far-and-away better than any other tight end. Gronk has had over 1,000 yards and double-digit touchdowns in a season three times, and no other active tight end has done it once (aside from Antonio Gates, who remains unsigned). Tight end is extremely deep, but there’s no question who offers the most upside at the position.

Alvin Kamara was tempting, especially with Mark Ingram suspended for the first four games of the season; and we might look back next year and think it’s crazy he wasn’t on the All-Upside team if he gets a sizable increase in carries in 2018. But Odell Beckham Jr. has had over 1,300 yards and ten touchdowns in each of his three healthy NFL seasons, and he’s still only 25 years old. In an offense that could be the best it’s been in a while, Beckham could have his best season yet this year. On a weekly basis, it only takes one catch on a quick slant to get about a dozen fantasy points from OBJ.