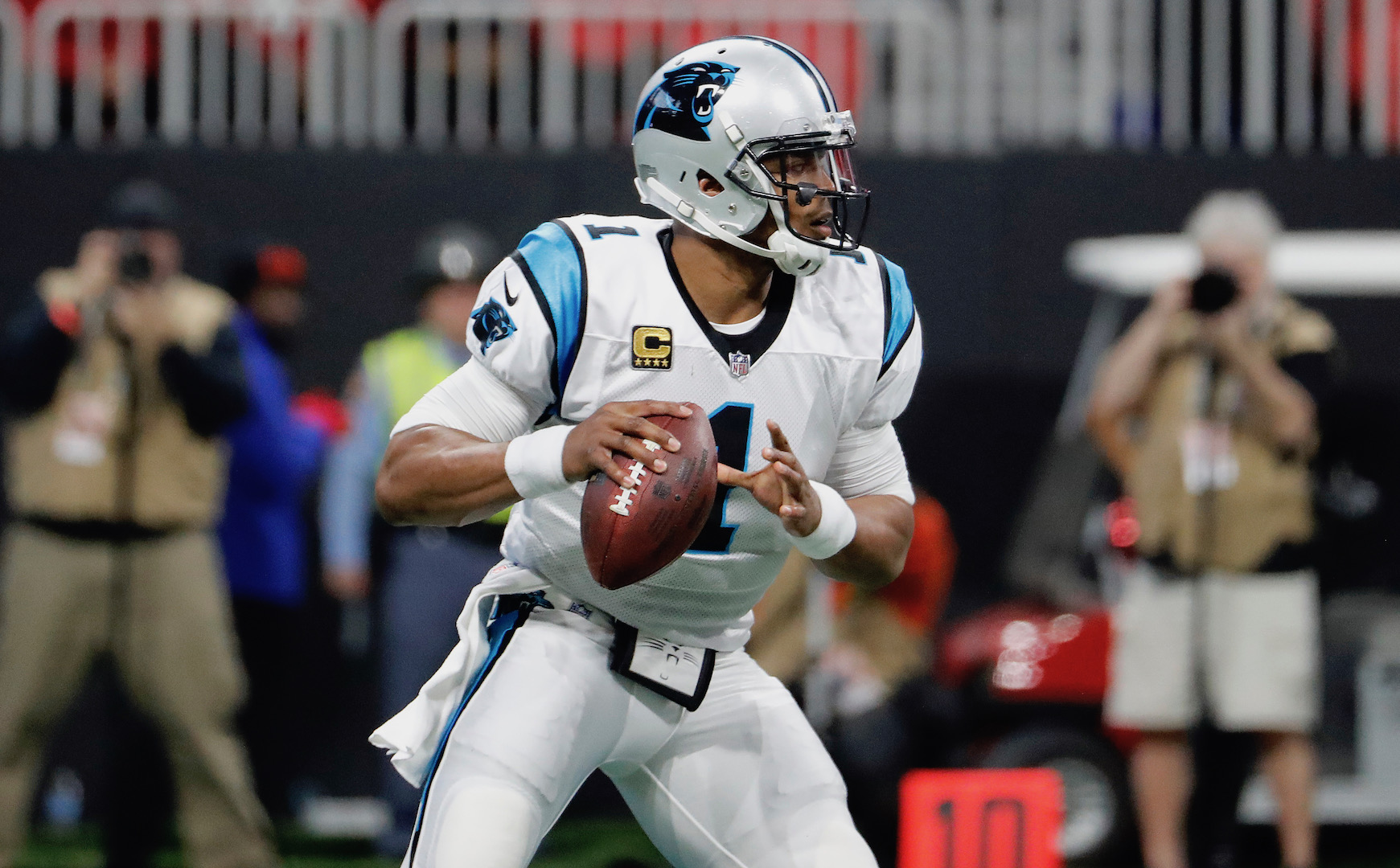 
The team fantasy previews continue with the Carolina Panthers. What impact will new offensive coordinator Norv Turner have on the offense?

Despite an inconsistent first half of the season that included a 10:11 touchdown-interception ratio through eight games, Cam Newton turned it on down the stretch and quietly finished as the overall QB2 in 2018. A big reason for the second-half surge was rushing production, and for the season, Cam set a career-high with 754 yards on the ground (including the most attempts of his career). He was also much better as a passer over the final eight weeks, throwing for 12 touchdowns and just five interceptions—with three picks coming in Week 17—on a scaled-back air attack.

This year, we can expect more of a traditional, downfield attack that fits Newton’s skillset better than the short-passing game that former offensive coordinator Mike Shula implemented in 2017. I think Norv Turner wanting to stretch the field might lead to more running lanes for Cam, which would obviously be great for fantasy owners. And he also has arguably the best weapons of his career with potential playmakers at all three skill-positions. Even with quarterback being loaded like never before this year, Newton should be a high-upside QB1 once again and is worth taking in the middle rounds of fantasy drafts.

Christian McCaffrey struggled from a statistical standpoint as a runner in 2017, but Carolina had one of the worst offensive lines in the league, and the Stanford product made up for it as a receiver with 80 receptions for 651 yards and five scores as a rookie. The Panthers didn’t improve much up front this offseason, but hopefully the new scheme will take some pressure off the running game. I think it will if Newton is able to be effective on play-action passes to keep the safeties out of the box.

Plus, deeper routes for Greg Olsen and the receivers could also give McCaffrey more space to operate underneath. Remember, Norv Turner was San Diego’s OC early in Darren Sproles’ career, and he helped the scat back have his two most explosive seasons as a pass-catcher with 11.8 yards per reception in 2008 and 11.0 yards per reception in 2009. Overall, Sproles averaged 9.7 yards per reception and 4.6 yards per carry in four seasons with Turner. It’s high praise, but compared to Sproles, I think McCaffrey is a much better between-the-tackles runner and just as dynamic as a receiver. The offensive line is a concern, but I like betting on individual talents, so the second-year back should be drafted as a borderline RB1 in standard leagues with top-five RB1 potential in PPR leagues.

Another obstacle for McCaffrey will be C.J. Anderon’s presence, but there is room for two contributors in the backfield in my opinion, and we’ve seen it work previously in Carolina with DeAngelo Williams and Jonathan Stewart. Anderson is coming off the first 1,000-yard season of his career, and he could step right into Stewart’s 2017 role (198 carries). Even though I’m all-in on McCaffrey and acknowledge that Cam will take away touchdown chances, I think the 27-year-old could be a steal at his current Round 11 ADP.

Cameron Artis-Payne is also back for his fourth season in Carolina, and he’s impressed when given the opportunity with 99 carries for 422 yards (4.3 YPC) in his career. However, Artis-Payne would likely need both co-starters to get hurt to be a solid fantasy option in 2018.

Some believe that Devin Funchess will be relegated back to No. 2 wide receiver status after the team spent a first-round pick on the position, but I wouldn’t be so sure. Funchess only just turned 24 in May and already has three years of NFL experience with 17 touchdowns over that span. More importantly, Norv Turner’s offenses have typically relied on a big target to operate as the top option in the passing game, which has included Michael Irvin (six-foot-two), Vincent Jackson (six-foot-five), and Josh Gordon (six-foot-three) in his 87/1,646/9 season. Funchess (six-foot-four) should step right into that X-receiver role, and it would be a mistake to overlook him in the middle rounds of fantasy drafts.

D.J. Moore was the first wideout off the board in the 2018 NFL Draft, but I think it’s more likely that he struggles out of the gate than it is that he becomes a significant fantasy contributor as a rookie. My biggest concern is that Moore needs to polish his route running to be relied upon in Turner’s offense, as he was mostly an underneath, run-after-catch guy at Maryland. That said, the upside is clear, and I was surprised to see I’m actually higher on Moore than most at this point. He is worth a late selection in all leagues.

2017 second-round pick Curtis Samuel is somewhat a repeatable talent compared to Moore in my opinion, and it’s an added concern that Christian McCaffrey can also do some of the things that they both can. We might actually have a rare competition between two recent early-round picks this summer, so keep an eye on preseason action to see if Samuel—who is just eight months older than Moore—is able to beat the rookie out. This could be a prime buy-low opportunity for the Ohio State product, who is a 4.31 speedster that is still learning how to be a full-time receiver.

Torrey Smith and Jarius Wright are veteran options that might be forced into significant roles if the young guys don’t step up. Smith is a low-floor deep threat that hasn’t been very consistent since leaving Baltimore in 2014, and he will be nothing more than a weekly desperation option that might get behind the defense for six in any given week. Wright, on the other hand, has a history with Norv Turner from their time together in Minnesota (he said he “could teach [Turner’s] offense to a baby” earlier this offseason), but the 28-year-old will likely be a better real-life contributor than fantasy option in a limited role.

Greg Olsen reportedly considered retirement to join the broadcast booth following an injury-plagued 2017 season, but he’s back and will look to regain the form he had from 2014-2016 when he became the first tight end in NFL history to go for 1,000 yards in three-straight seasons. The Pro Bowl tight end is entering his age-33 campaign, but I don’t think he will lose a step, and more explosive plays might actually be in store thanks to Turner’s scheme. If he’s healthy, Olsen should be a solid, high-floor TE1.

Carolina allowed veteran Ed Dickson to leave in free agency after he did a nice job filling in for Olsen last year, but the team found their new backup when they drafted Indiana’s Ian Thomas with the first pick of the fourth round in the 2018 NFL Draft. I was a big fan of Thomas coming out, as he profiles as an all-around tight end with 4.74 wheels and huge hands. The rookie would be a longshot to make a significant fantasy impact even if Olsen went down, but his long-term potential is bright.