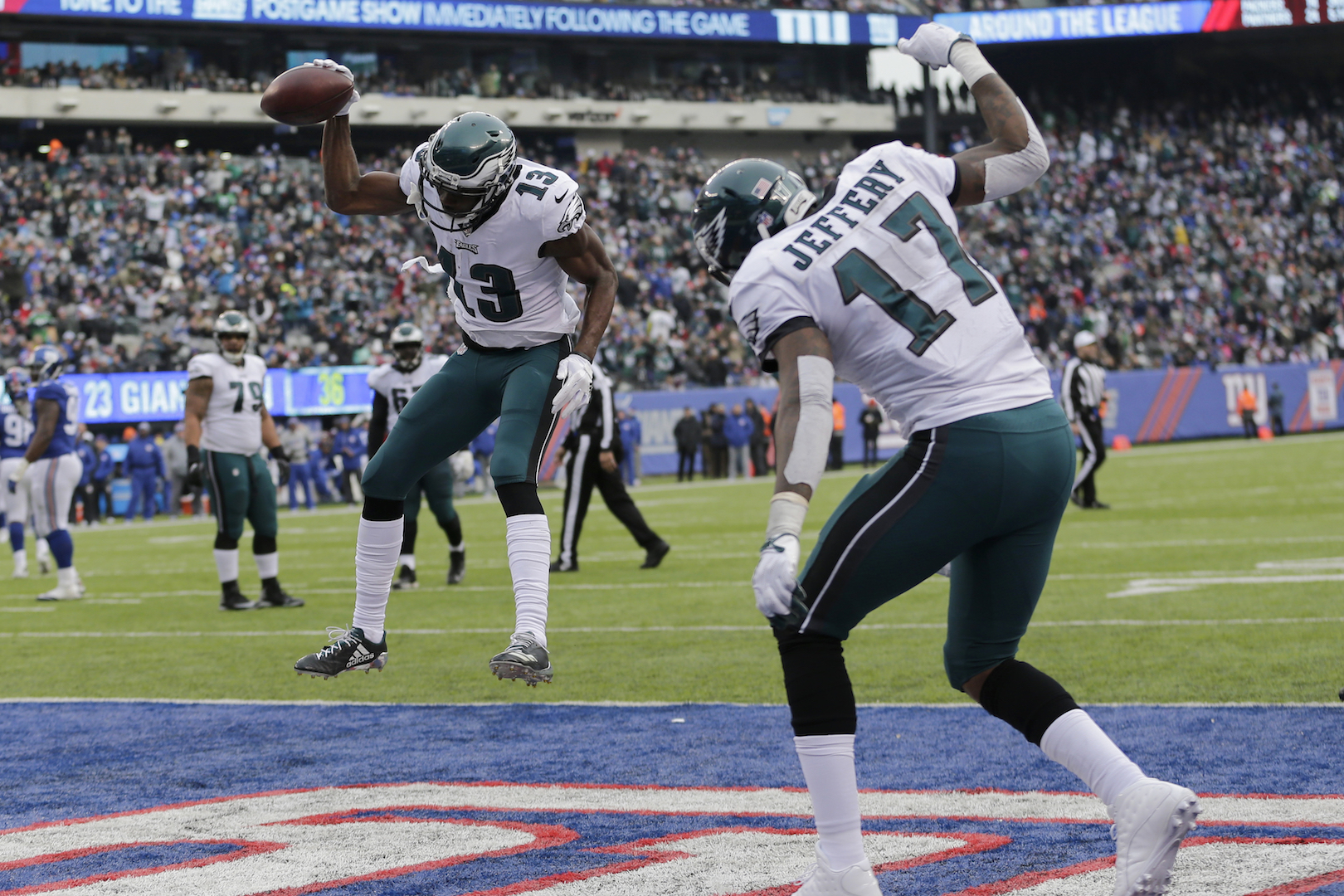 
Doug Pederson’s creative offense could build on their 2017 success after adding a couple pieces via free agency and the draft.

Carson Wentz followed an up-and-down rookie year with a breakout, MVP-worthy campaign in 2017, throwing for 3,296 yards, 33 touchdowns, and seven interceptions in 13 games before a torn ACL ended his season. Wentz also rushed 64 times for 299 yards last year, and he did a lot of damage as a passer on off-script plays that turned into highlights, which is really what separates him from most signal-callers in the league. I take Wentz at his word when he says he won’t change his style of play, and that’s good news for fantasy owners; the 25-year-old might never be quarterback that can consistently pick apart defenses from the pocket, but the playmaking ability makes him special.

Also, Wentz will undoubtedly feel he has something to prove after the Eagles made a run without him in January/February. And in 2018, he should have better weapons with Mike Wallace replacing Torrey Smith, Alshon Jeffery getting healthy, and Nelson Agholor still gaining confidence. Wentz is currently being drafted at the end of Round 6 as the QB5 behind Aaron Rodgers, Deshaun Watson, Russell Wilson, and Tom Brady. The depth at the position might make that too rich, but Philly’s franchise quarterback is a midrange QB1 for me with elite upside.

I think Wentz is a freak athlete/competitor that will be 100% by Week 1, but if Nick Foles is forced into action, he would probably be an early-season QB1 coming off a Super Bowl win and SB MVP award. After the opener against Atlanta, the Eagles face two of the worst cornerback groups in the league in Tampa Bay and Indianapolis.

After being acquired in a trade with the Dolphins on Halloween, Jay Ajayi rushed 70 times for 408 yards (5.8 YPC) and one touchdown in seven games with the Eagles, also adding 10 receptions for 91 yards and another score. Overall in the regular season, the 25-year-old rushed 208 times for 873 yards (4.2 YPC) and one score between 14 games with Miami and Philadelphia. Now, he will have a full offseason to learn the playbook and will enter the year as the team’s clear lead back. Others will still be involved, but behind one of the league’s best offensive lines, I have the violent-running Ajayi ranked right in line with his ADP as a pick in the middle of Round 5.

Somehow, Super Bowl standout Corey Clement was undrafted coming out of Wisconsin, but he made a huge impact with the Eagles last year, which ended with four receptions for 100 yards and a touchdown in the Big Game. Clement rushed 74 times for 321 yards (4.3 YPC) and four touchdowns as a rookie in the regular season, also adding 10 receptions for 123 and two more scores. As an all-around back that should remain a big factor on one of the league’s most creative offenses, I think the 23-year-old is being undervalued as a borderline late-round pick in 10-team leagues.

Darren Sproles is back for one final season to go out of his own terms and potentially climb into the top-five in all-purpose yards in NFL history, but how much can fantasy owners expect from him at 35-years-old? I don’t think Sproles will be a shell of his former self, but he might not get enough work to be a reliable option in 2018. The veteran probably belongs on the waiver wire in standard 10- and 12-team leagues to start the season.

Philadelphia will almost certainly keep four or five backs on the roster, but I think 2016 fifth-rounder Wendell Smallwood and 2017 fourth-rounder Donnel Pumphrey could both be in danger of not making the final roster with veteran Matt Jones and undrafted rookie Josh Adams both looking to earn a job. Jones probably has the most talent of the bunch and needs to be consistent in camp, while Adams might actually be this year’s Corey Clement as an underrated college player that somehow wasn’t drafted. In Doug Pederson’s offense, everyone is worth watching this summer.

Alshon Jeffery played through a torn rotator cuff last season, but you wouldn’t have known it by watching the postseason when he went for lines of 4/61, 5/85/1, and 3/73/1, including a leaping 34-yard score in the Super Bowl. Jeffery caught 57 passes for 789 yards and nine touchdowns in the regular season, which was good for a WR15 finish in standard leagues thanks in large part due to his success in scoring territory. Entering his age-28 season, the big-bodied receiver should remain a top-end option in the red zone, and I’m in agreement with Jeffery’s late Round 5 or early Round 6 ADP as a low-end WR2/FLEX option.

Remember when everyone turned on Nelson Agholor and called him a “bust” (and worse) after two seasons? I was one of the few people who counted on him breaking out in Year 3, and he did with a 62/768/8 line while finishing as a top-20 fantasy wideout. Also, Agholor was the underrated hero of Super Bowl LII with nine receptions for 84 yards, including some key conversions that kept Tom Brady and New England’s offense off the field. An elite route-runner with all-world explosiveness and acceleration that should have his confidence at an all-time high, Agholor is being severely undervalued at his Round 12 ADP.

There weren’t many areas for the Eagles to upgrade on this offseason, but Mike Wallace looks like a clear improvement on Torrey Smith as a deep threat in the No. 2 or No. 3 receiver role. Wallace, who caught 52 passes for 748 yards and four touchdowns last year in Baltimore, can still take the top off the defense, but he will also bring more on crosses, drags, and comebacks than Smith did. I think he’s a top-200 player and worth considering in 12-team leagues.

The acquisition of Wallace makes it unlikely that second-year wideout Mack Hollins makes a significant impact in 2018, but he will look to build on 16/226/1 line as a rookie. I would like Hollins over 2017 fifth-round pick Shelton Gibson in the case of an injury to one of the starters, as the latter might not even make the roster if he struggles with drops again this summer.

One of the most consistent tight ends in football since entering the league in 2013, Zach Ertz is coming off a 74/824/8 line, which makes for three-straight seasons with 74+ receptions and 816+ yards. I said last year that Ertz—who had at least 8 fantasy points in every game until missing Week 9—earned his way into the “sub-Gronk-elite” tier with Travis Kelce, and that’s the case in my 2018 rankings, too. I won’t draft him at his Round 4 ADP, but Ertz would be a really good pick if he’s available a round or two later.

South Dakota State’s Dallas Goedert landed in the perfect spot to make both a short- and long-term NFL impact in my opinion because he can just go out and use his natural ability to make plays while he learns the intricacies of the game from Zach Ertz. The rookie could immediately become a factor in the red zone, but he will probably be an unpredictable “vulture” to Ertz more than a standalone fantasy option. Veteran Richard Rodgers had a 58/510/8 line in 2015 with Green Bay, but he isn’t going to make a fantasy impact as the No. 3 tight end with Philly.