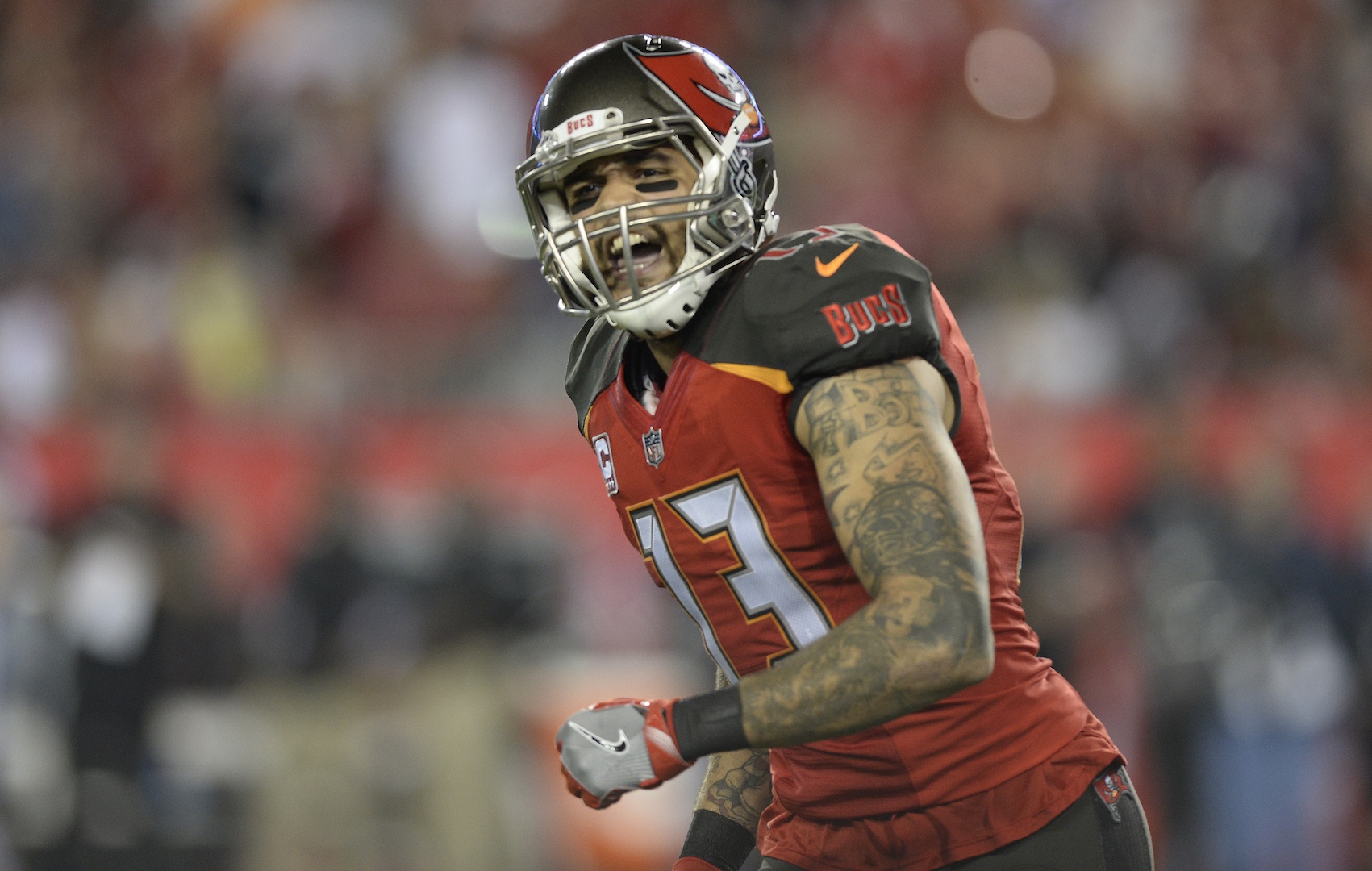 
How should Tampa Bay’s fantasy options be viewed in a crucial year for their franchise quarterback and the coaching staff?

The Buccaneers will be without Jameis Winston for the first three games of the regular season as he serves his suspension for an incident with an Uber driver in 2016, and it comes at the worst possible time for Dirk Koetter and company, as they face the Saints, Eagles, and Steelers—three playoff teams from a season ago—to begin the year. Things could change over the next few weeks, but Winston is fully expected to return as the starter by Week 4 in what could be a make-or-break year in Tampa Bay. And considering his past behaviors, this could be Winston’s final chance in the league, period.

The former No. 1 pick completed a career-high 63.8% of his passes for a career-best 270 yards per game last season, but he continued to make the same boneheaded mistakes that cost his team and fantasy owners. Even before news of a suspension came down, I was low on Winston for the upcoming season from both a real-life and fantasy perspective because I’m simply not sold on him as a player. All the weapons are there for him to put up big-time numbers, but they were there in 2017 and 2016, too. Somehow being drafted as a borderline top-150 player, he doesn’t crack my top-200 and isn’t worth drafting in 10- or 12-team leagues while fantasy owners wait for his return.

In the meantime, 35-year-old Ryan Fitzpatrick has been tabbed as the starter for Tampa Bay to start the season, but I’m not too sure he will hold off Ryan Griffin for the gig. Fitzpatrick did well in three starts last year with a 2-1 record and 13.7 fantasy points per game, but the team had high hopes for Griffin before he injured his shoulder last summer. Either way, there are much better early-season streamers to target at a loaded position.

Ronald Jones II rushed 261 times for 1,550 yards (5.9 YPC) and 19 touchdowns last season at USC, and Tampa Bay drafted him with the No. 38 overall pick in the 2018 NFL Draft to be their featured back in 2018 and beyond. I moved Jones down in my prospect rankings throughout the pre-draft process, but he landed in the perfect spot to become an immediate fantasy star. Not only does Tampa Bay have a thin depth chart, but they also have a really good offensive line and several downfield threats to keep the box light. Jones—who has been compared to Jamaal Charles—is a slashing runner that can make defenses pay with a cutback lane at the line of scrimmage on in the open field, and he has a ton of upside in the early-middle rounds of fantasy drafts. The rookie is worth considering at his Round 6 ADP.

However, Jones will be in a competition with Peyton Barber to start, and at the very least, the 24-year-old could handle goal-line and short-yardage work. Barber, a former undrafted free agent out of Auburn, rushed 108 times for 423 yards (3.9 YPC) and three touchdowns last year, and he is a solid, north-south runner that has gained the trust of the coaching staff. If he stays healthy, I think Barber will be a co-starter that should shatter expectations with an ADP outside the top 200.

Charles Sims or Jacquizz Rodgers could have a role in the passing game, but I think Jones—despite just 32 receptions in three years at USC—has a ton of potential as a receiver at the next level. Sims would be the favorite for work if forced into action, but doubt either guy makes a fantasy impact in 2018.

Being low on Mike Evans was one of my biggest hits last season, as he finished as the overall WR20 in standard leagues with a disappointing 71/1,001/5 line while showing some serious immaturity issues that have become too common for Tampa Bay’s supposed offensive leaders. The six-foot-five receiver should be better this year, but Jameis Winston being out for three games was a minor blow to his stock, and I’m not sure we should expect WR1 season on an offense that has several options deserving of targets/touches. I have Evans ranked better than his 2017 finish, but not by much, so he is unlikely to be on my team with an early Round 3 ADP.

DeSean Jackson’s first year with the Bucs didn’t go as planned, as despite playing in all but the final two games of the season, he had just 50 receptions for 668 yards and three scores. The deep threat averaged just 47.7 yards per game, which was the lowest of his career by more than 15%, and he looks like he could be the No. 4 or No. 5 offensive option heading into the 2018 season. I think the days of Jackson—who turns 32 in December—as a significant fantasy contributor are over, and he doesn’t need to be drafted in 10-team leagues.

Part of the reason for DeSean’s downfall is the emergence of Chris Godwin, who inexplicably fell to the No. 84 pick in the 2017 NFL Draft before Tampa Bay stole him. As a rookie, the former Penn State standout caught 34 passes for 525 yards (15.4 average) and one touchdown, and he really shined in extended action down the stretch with lines of 5/68, 5/68, 3/98, and 7/111/1 scattered across the final eight games of the year. I think Godwin, who is an underrated athlete with 4.42 wheels, has a legitimate chance of kicking Jackson out of two-wide sets. It looks like people still don’t even know who he is according to his early ADP outside the top 250, but Godwin is worth considering in 10- and 12-team leagues.

There is some risk involved with the second-year receiver if the coaching staff is hesitant to bench Jackson, as Adam Humphries should continue to man the slot for Tampa. The 25-year-old followed up a 55/622/2 line in 2016 with 61 receptions for 631 yards and one touchdown last season, and he has gained the trust of Jameis Winston since entering the league together. Still, Humphries is a better real-life contributor than fantasy contributor, so he is just a deeper league FLEX option in PPR formats.

I think Ivy Leaguer Justin Watson, who the Bucs selected in the fifth round of April’s draft, has a chance to be the long-term answer at slot receiver between Evans and Godwin, but he will probably be clearly behind Humphries as a rookie. Dynasty owners should keep tabs on Watson in preseason action, though, as he has great size at six-foot-three (bigger than Cooper Kupp) and dominated the pre-draft process in both athletic testing and workouts.

Despite operating as a co-starter during his rookie year, O.J. Howard caught 26 passes for 432 yards and six touchdowns last season. The No. 19 pick of the 2017 NFL Draft led the position in yards per reception (16.6) and settled in as a high-upside streaming option. Unfortunately, his usage and production was extremely difficult to predict in Dirk Koetter’s offense, which could be the case again this year. I think he’s a top-15 option based on the upside, but Howard’s volatility might continue to frustrate fantasy owners.

Despite the team adding a highly-touted rookie to the mix last year, Cameron Brate caught 48 passes for 591 yards and six touchdowns as one of Jameis Winston’s favorite targets for the second-straight season. The Harvard product re-signed on a six-year, $41-million deal this offseason, so he will clearly remain involved, and a case could be made for him as a top-15 option, too. For what it’s worth, had Brate and Howard been one player in 2017, they would have combined for over 1,000 yards and 12 touchdowns.