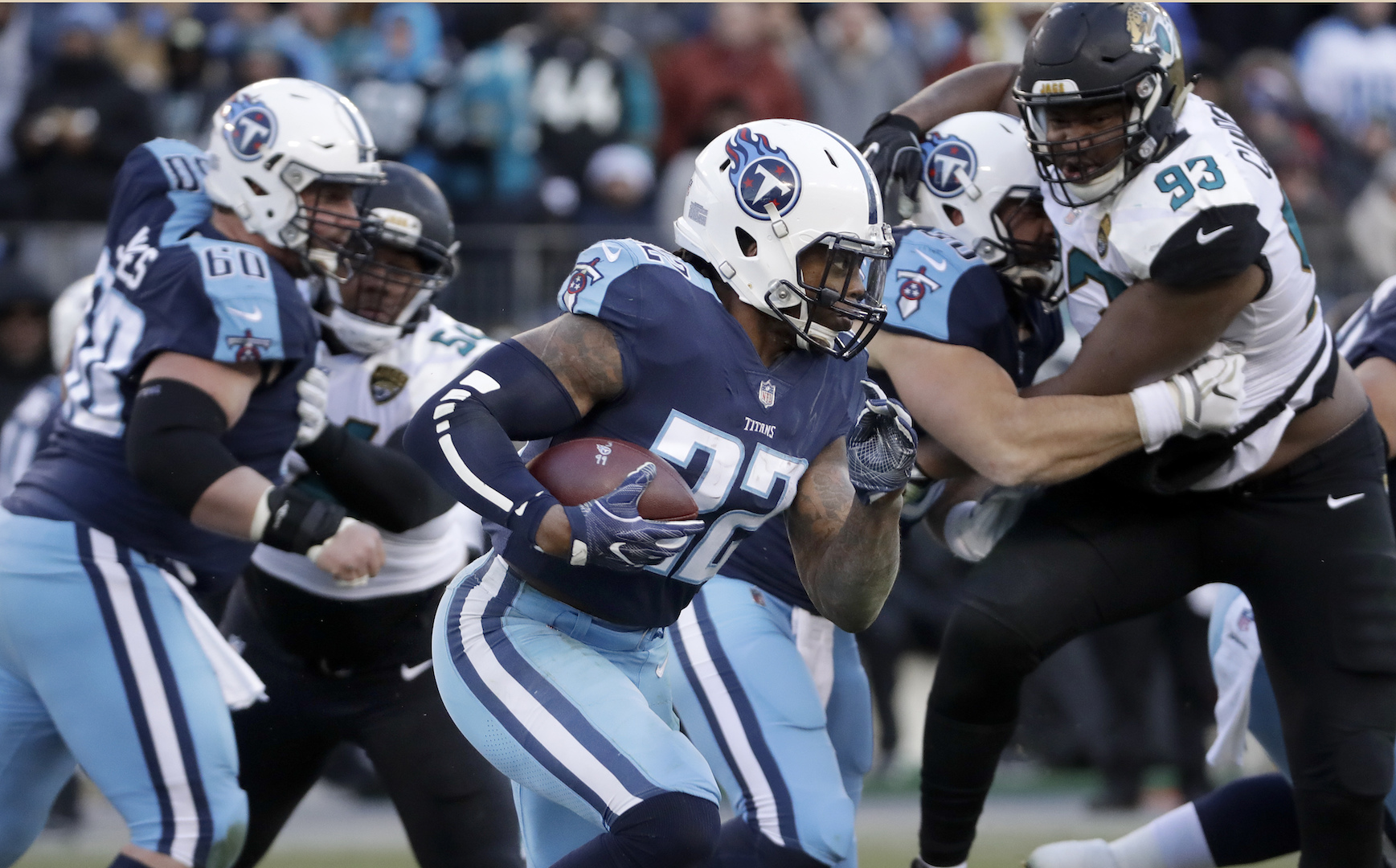 
If they reach their potential, Tennessee could have a handful of significant fantasy contributors in a new offense.

I can already tell that Marcus Mariota will be overlooked as a potential QB1 option because people will point to his stats from last year—when he completed 62.0% of his passes for 3,232 yards with a 13:15 touchdown-interception ratio—but they won’t want to take anything else into account. So, the stat chasers won’t care that Mariota was battling various injuries in 2017. Or that his receiving corps was one of the worst in football. Or that Tennessee will have a new coaching staff and an offense built around spread concepts this fall.

They also don’t care (or know) that the 24-year-old is one of the best young quarterbacks in football and just one season removed from throwing for 3,426 yards with a 26:9 touchdown-interception ratio. Behind an elite offensive line with improving weapons—not to mention the addition of the versatile Dion Lewis—Mariota has top-five QB1 upside if his playmakers step up and he stays healthy. Plus, I think the new staff will want him to run it more with just 913 rushing yards through three seasons. Mariota is an absolute steal as a low-end QB2.

In eight games with double-digit carries last year, Derrick Henry averaged 11.1 fantasy points in standard leagues, which would have made him the overall RB9 on the season. It’s worth noting that he recorded 15+ carries in just two of those games, and I expect 12-15 carries to be the baseline as the clear early-down option with DeMarco Murray gone. A scary sight in the open field at six-foot-three and now bulked up to 247 pounds with breakaway speed, Henry is laughably ranked outside the top 50 for outlets such as ESPN. I think he is a lock to build on his 176 carries for 744 yards (4.2 YPC) and five touchdowns from 2017, and the playoff game against the Chiefs (23 attempts for 156 yards and one touchdown) could be a preview of what’s to come in 2018.

Fresh off the best season of his career with 180 carries for 895 yards (5.0 YPC) and six touchdowns for New England, Dion Lewis signed a four-year, $20-million deal to join the Titans this offseason and should be a significant factor in offensive coordinator Matt LaFleur’s attack. Some are concerned that Lewis and Henry will frustrate fantasy owners, but as we’ve seen with Alvin Kamara/Mark Ingram, Devonta Freeman/Tevin Coleman, and other tandems over the past couple years, there is room for more than one fantasy contributor in the same backfield. I expect the dynamic, five-foot-eight back and his monster counterpart to both benefit from more no-huddle. Lewis is worth selecting at his early Round 7 ADP for me.

Undrafted rookie Akrum Wadley will compete with David Fluellen for the No. 3 running back job, but neither will see the field much with the co-starters healthy. If forced into action, Wadley would have more upside due to his ability as a receiver.

I was very surprised when Tennessee took Corey Davis with the fifth-overall pick in the 2017 NFL Draft, as I wasn’t sold on the small-school products ability to create separation at the next level after some believed he was a Terrell Owens-type receiver. As a rookie, Davis caught 34 passes for 375 yards in 11 games (nine starts) on a team that really needed weapons; however, confidence is an underrated element for athletes, and Davis finally came alive in the playoffs with a 5/63/2 line against the Patriots that he will look to carry into 2018 success. As the top option in the passing game with a quarterback that can dice a defense up, Davis has enough talent to be worth taking above his late Round 7 ADP.

After catching 65 passes for 945 yards and nine touchdowns in his first season with the Titans, Rishard Matthews followed it up last year with a respectable 53/795/4 line in 14 games. That said, he struggled in the playoffs with a combined four receptions for 42 yards, and the veteran is expected take a backseat to Davis this fall. I think if anyone is negatively impacted by the change in coaching staff and offensive philosophy, it’s probably Matthews, who could become more volatile as a secondary option. The 28-year-old should be drafted in 12-team leagues, but he’s a borderline option in 10-team leagues.

2017 third-round pick Taywan Taylor appeared in all 16 games last year for Tennessee, but he struggled to earn a significant role as a receiver with just 16 receptions for 231 yards and one touchdown. Even more concerning, over the team’s final nine games (including playoffs), Taylor was held to a combined five receptions for 32 yards, and he could be pushed in the slot this summer. The second-year wideout is just a dynasty league hold as training camp gets underway.

Tajae Sharpe is one of the candidates to man the slot, and I don’t think anyone would be surprised if he does after he impressed with a 41/522/2 line as a fifth-round pick in 2016. The New Jersey native missed the entire 2017 season with a foot injury, but he showed great chemistry with Marcus Mariota in the quarterback’s best year to date. Sharpe isn’t currently worth considering in fantasy drafts, but things could change with a strong summer.

27-year-old Michael Campanaro will also look to earn an offensive role after catching 31 passes for 310 yards and two touchdowns over four seasons with the Ravens, but I am more excited about undrafted rookie Deontay Burnett’s long-term potential. The USC product isn’t a lock to make the roster, but I thought he was worthy of an early Day 3 pick as a productive slot receiver that consistently made plays for Sam Darnold last year (86 receptions for 1,114 yards and nine touchdowns). I think Burnett could shine if he finds himself working with the starters.

Entering his age-34 campaign but showing no signs of slowing down, Delanie Walker caught 74 passes for 807 yards and three touchdowns last season, which was good for an overall TE6 finish in standard leagues and a top-five finish in PPR leagues. However, while the veteran has 800+ yards in each of the past four seasons, I think the offense will be more of a spread-the-wealth attack, and Dion Lewis could cut into his targets. Walker should probably be drafted closer to the double-digit rounds than his current ADP of early Round 8.

Second-year tight end Jonnu Smith could also see more playing time in 2018, which could lead to a decrease in work for Walker. The 23-year-old (in August) has 4.62 wheels and an explosive 38-inch vertical jump, so LaFluer and head coach Mike Vrabel will probably want his upside on the field. Still, he’s not a fantasy option with the starter healthy.

Rookie Ethan Wolf probably isn’t going to make a 2018 impact, but he’s a name to keep in mind for dynasty owners. He was undrafted, but Wolf has prototypical size at six-foot-six, 258 pounds, and he started all four years at Tennessee, which not even Jason Witten did.