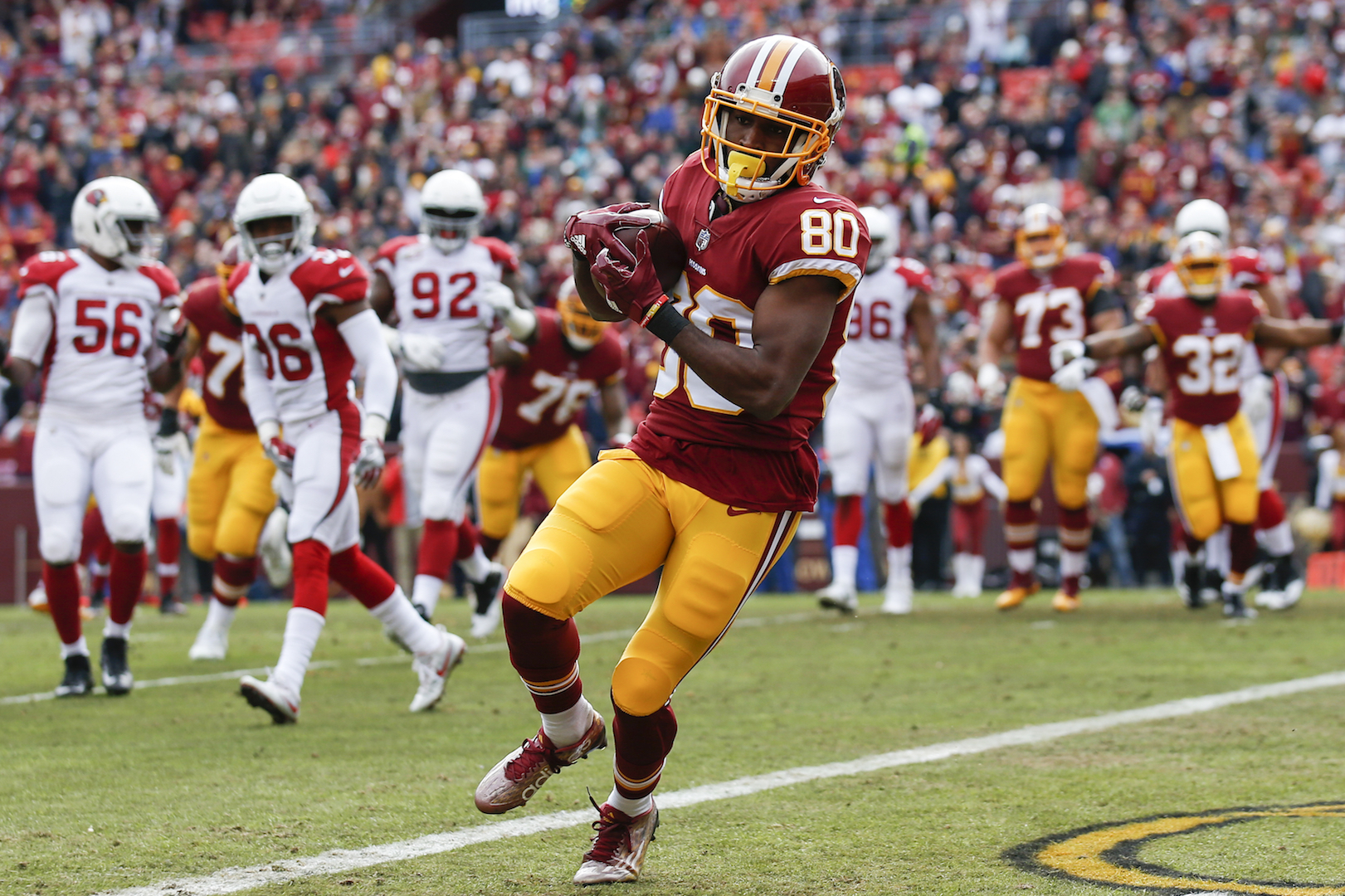 
The team fantasy previews conclude with a look at the re-tooled offense of the Redskins.

Everyone seems to believe the opposite, but in my opinion, Washington absolutely stole Alex Smith from the Chiefs earlier this year, and the former No. 1 pick is an upgrade over Kirk Cousins at the quarterback position. Besides Tom Brady, Smith is the winningest quarterback in the league since 2011, and he was better than ever last season with 4,042 yards, 26 touchdowns, and five interceptions while finishing at the overall QB4 (and would have undoubtedly been the QB2 if not for resting in Week 17). Still just 34, the Redskins’ new signal-caller is a great fit with Jay Gruden and could lift the franchise back into contention in the NFC East.

But while I love Smith as a real-life quarterback, I’m not sure his fantasy success from a year ago will carry over to a new city. Five games of 25+ fantasy points really boosted Kansas City’s former leader in 2017, and four of them came over the first seven games of the year. After that, Smith had 18 or fewer points in every game besides a 37-point performance against the Jets. Also, he won’t have a first-round rookie pushing him in 2018, so Smith is only a borderline top-20 fantasy quarterback for me. It’s worth noting, though, that I think the signal-callers I have ranked No. 12 to No. 21 are really kind of a crapshoot with a ton of potential QB1 options available late. The single biggest takeaway from all these team previews is probably that quarterback is absolutely loaded, so you shouldn’t reach for a guy if he’s not the best player available on your board.

Some vague character concerns seemed to have caused Derrius Guice to slip in the 2018 NFL Draft, but his fall ended when the Redskins selected him with the No. 59 pick after being leapfrogged for Kerryon Johnson earlier in the second round. Guice is a violent, tone-setting runner that should immediately take control of early-down work in Jay Gruden’s underrated offense, and he a Rookie of the Year candidate if Washington surprises people like I think they might. I have the LSU product ranked higher than his early Round 5 ADP, which should rise with a couple highlight plays in preseason action.

Limiting the rookie’s workhorse appeal, pass-catcher Chris Thompson is coming off the best season of his career before a broken leg ended his season in Week 11. The 27-year-old rushed 64 times for 294 yards (4.6 YPC) and two touchdowns, but he did most of his damage through the air with 39 receptions for 510 yards (13.1 average) and four scores. Even in standard leagues, Thompson’s 10.3 fantasy points per game would have made him a borderline RB1 for the season, so he is worth taking in the middle rounds of all leagues.

Samaje Perine and Rob Kelley will battle for primary backup duties when it comes to early-down and short-yardage work, but the winner would need an injury to Guice to have standalone fantasy value. While it will obviously be decided in camp, I think the edge goes to Perine, who rushed 175 times for 603 yards (3.4 YPC) and one touchdown as a rookie—but looked better than the numbers suggest.

A third-year breakout didn’t come to fruition for Jamison Crowder in 2017, as he followed up a 67/847/7 line two years ago with 66 receptions for 789 yards and just three scores. However, there are some encouraging signs for a possible 2018 breakout, including a stretch from late October through November where Crowder went for 9/123, 4/76, 7/72, 7/141/1, and 5/67. Then, in December he scored twice over the final three weeks of the season. I have Crowder, who I expect to turn into Alex Smith’s favorite wideout, ranked in line with his Round 10 ADP.

Josh Doctson was also a popular breakout pick last season, but he struggled mightily with consistency, catching 35 passes for 502 yards and six touchdowns in 16 games. The 2016 first-round pick will already turn 26 in December, and he could be as low as the team’s No. 6 option on offense with a new quarterback that doesn’t usually throw it up for his guys to made plays, which is Doctson’s calling card. Barring a sudden string of consistency in preseason action, the former TCU star isn’t worth considering until the final round of fantasy drafts.

Plus, I think there’s a good chance that Paul Richardson kicks Doctson out of two-wide sets after the Redskins signed the deep threat to five-year, $40-million deal earlier this year. Richardson caught 44 passes for 703 yards (16.0 average) and six touchdowns last season with Seattle, and he possesses underrated ball skills to go along with his straight-line speed. I think the former second-round pick is worth taking as a late-round flier ahead of his teammate Doctson.

This year’s “Mr. Irrelevant” Trey Quinn should have a legitimate chance to make the roster for Washington and potentially earn the No. 4 receiver job, but he could be competing with undrafted rookie Simmie Cobbs Jr., too. I was shocked when the Indiana product didn’t hear his name called in the 2018 NFL Draft, but he is a great target on the boundary, as evidenced by 11 receptions for 149 yards and one touchdown against Denzel Ward and Ohio State last season. Both are probably just dynasty options, but it wouldn’t be surprising to see Cobbs in particular push Doctson at some point in his rookie year.

Limited to just six games in 2017, Jordan Reed caught 27 passes for 211 yards and two touchdowns, with most of his damage in Week 7 against the Eagles with an 8/64/2 line before a hamstring tear unfortunately ended his season the following week. When, he’s on the field, Reed is a star, but he’s struggled to stay healthy outside of his breakout year in 2015 where he caught 87 passes for 952 yards and 11 scores. That said, his upside with Alex Smith at quarterback could be worth investing in at his late Round 9 ADP if fantasy owners are prepared for the risk/frustration.

If Reed does end up getting injured again, Vernon Davis could suddenly be an intriguing TE1 option in Jay Gruden’s offense with his former quarterback throwing passes (he and Smith played together with the 49ers). Last year at 33 years old, Davis had a 43/648/3 line and averaged 15.1 yards per reception, but I don’t think he’s worth considering if Reed is healthy heading into the regular season.