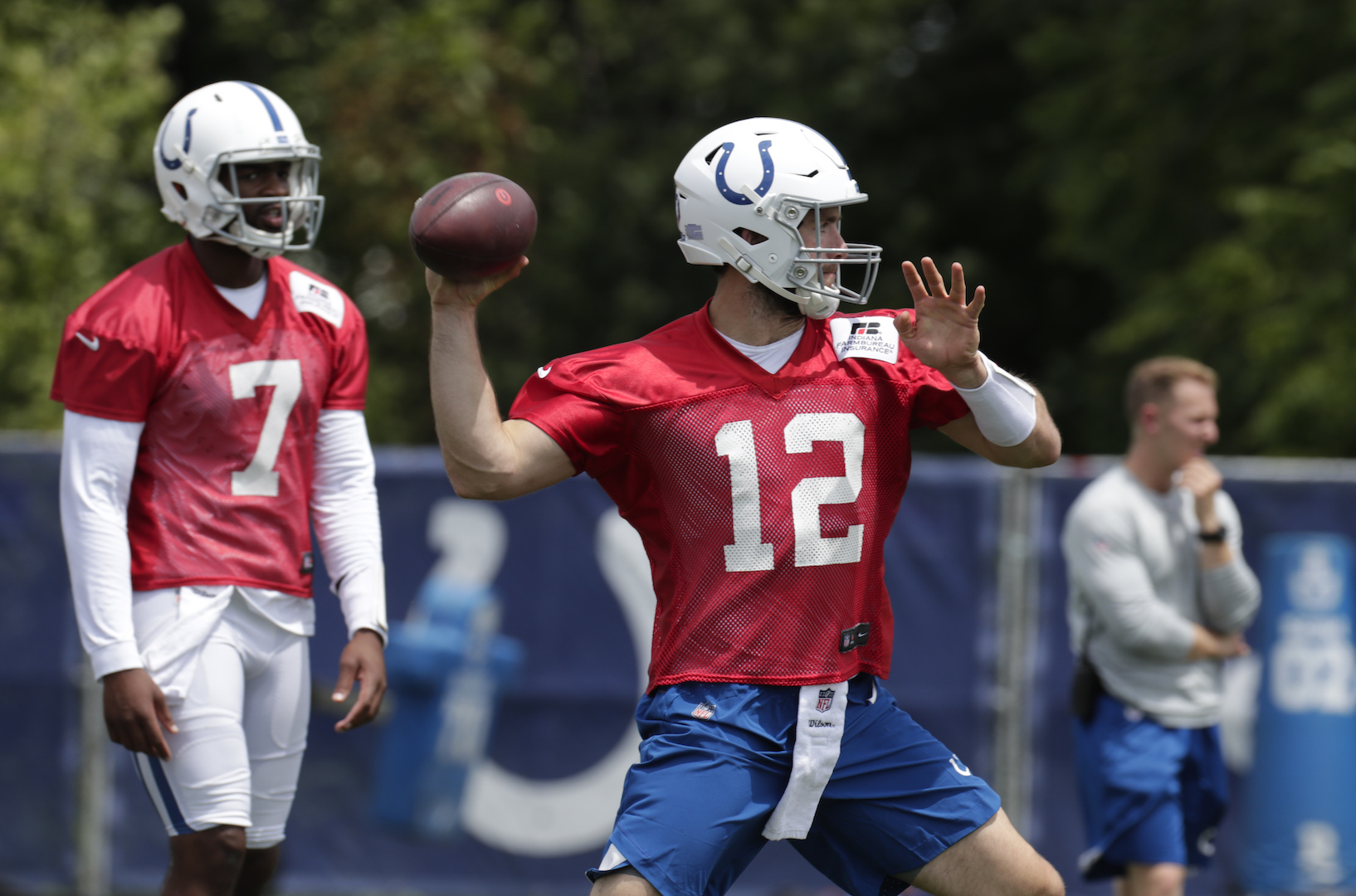 
With every team now in the swing of training camp, we’re recapping some of the guys that have had the most positive things said about them over the last several days. A lot of the talk this time of year could be hyperbole, but it’s better than a player not having a good camp.

Deion Cain | Colts WR: Right at the start of training camp, there was a belief that the rookie sixth-round receiver from Clemson could be “pushing for a lot of passes to be thrown his way” this season. Then there were two separate reports from Albert Breer and Stacey Dales that everyone with the Colts seems to be thrilled with Cain, with people in the building “buzzing” and believing they got a “massive steal.”

Jordy Nelson | Raiders WR: The praise for Jordy Nelson this past week has been effusive—and the best news is it’s all come directly from head coach Jon Gruden and quarterback Derek Carr. First, Gruden said he could see why Nelson was Aaron Rodgers’ security blanket for so many years, which is nearly exactly what Carr said during the offseason. Also, Carr recently said that there’s no doubt Nelson can still run, then a few days later said “you’d think he’s in his 20s” with the way he looks.

Dalvin Cook | Vikings RB: Dalvin Cook doesn’t have any limitations after an early October ACL tear during his rookie season, which is a great sign itself. Also, Cook is not wearing a knee brace, which indicates he’s feel great and will allow him to play freely. All the talk is that Cook looks even better and more explosive than he did before the injury, as is sometimes the case after an intense ACL rehab.

Chris Carson | Seahawks RB: The Seahawks drafted running back Rashaad Penny in the first round of this year’s draft, but Chris Carson is getting a lot of praise so far in training camp. Seahawks head coach Pete Carroll says the second-year running back has been “remarkably fit” and is “really tearing it up” this summer.” Seattle pushes competition on the depth chart, and Carson is seemingly off to a good start.

Christian McCaffrey | Panthers RB: The positivity around Christian McCaffrey is about the workload his coaches are talking about for him. Panthers head coach Ron Rivera says McCaffrey getting 25-30 touches would be “ideal.” Then Panthers offensive coordinator Norv Turner followed it up a few days later by saying McCaffrey could get 20-25 touches per game, concurring with his head coach while mixing up the number of touches. Perhaps it won’t actually happen, but even the lower end of 20-25 touches would put the second-year back among the league leaders in 2018.

Andrew Luck | Colts QB: Andrew Luck is back and appears to be healthy again, which alone is awesome, but he’s reportedly been lighting it up in 11-on-11 work during camp. T.Y. Hilton also could have been on here with their connection reportedly not missing a beat while connecting for chunk plays through several practices. Luck is expected to play a full quarter in next week’s preseason game as he looks to work his way all the way back into form.