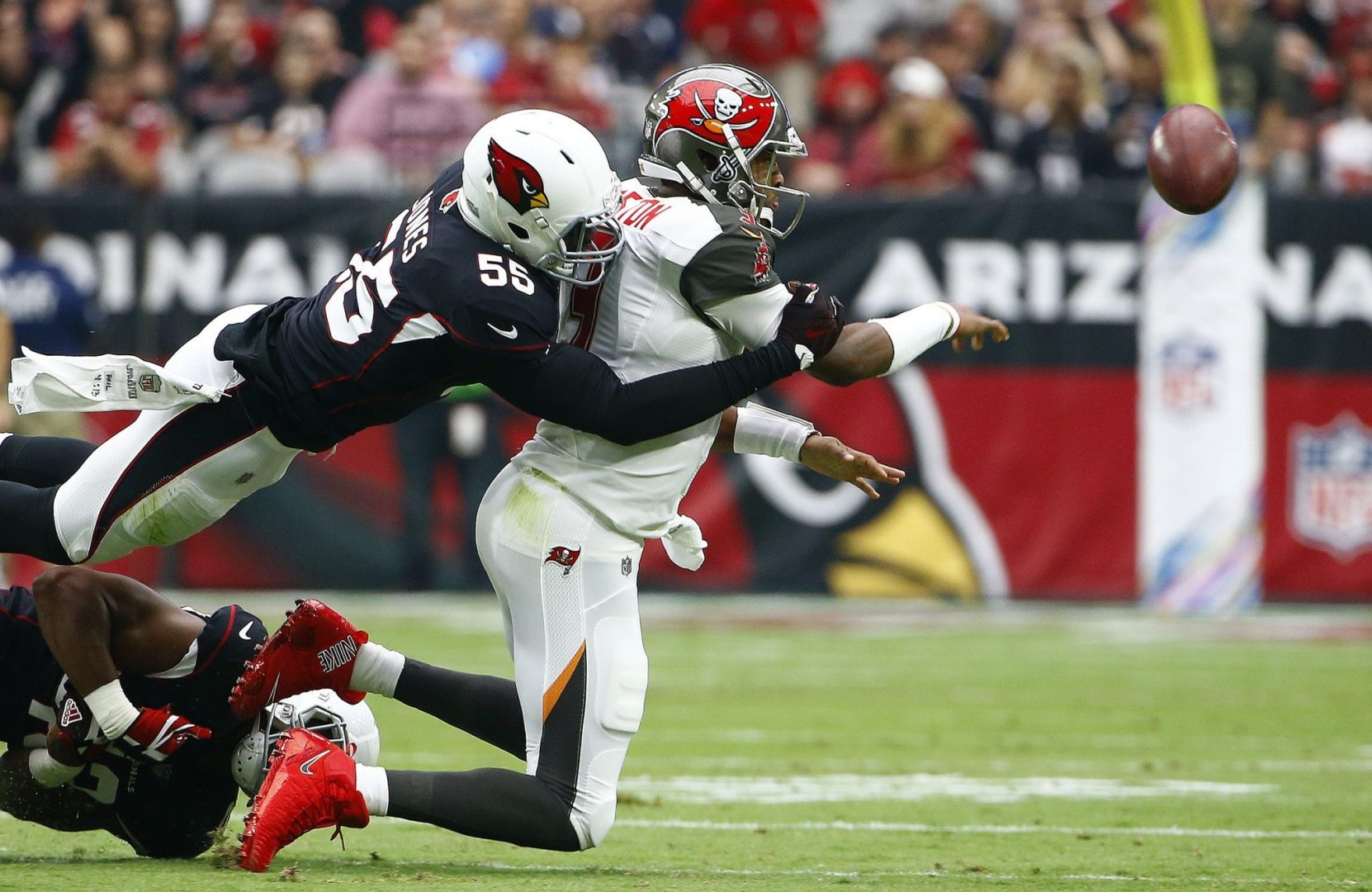 
After the All-Upside and All-Safe fantasy football teams for 2019, it’s time for the lineup many fantasy players might find most important: The All-Risk team. Whether it’s because of injury history or performance, these guys might carry more risk than most players around their average draft positions.

The upside for Jameis Winston is obvious with Bruce Arians as his head coach on a team that isn’t expected to have one of the league’s better run games—the former No. 1 overall pick could be slinging the ball around and putting up big stats more consistently in 2019. But to consider the turnover-prone Winston a top-ten fantasy quarterback is a bit of a stretch considering all the options available this season. You can bet on the upside of Winston for your QB1, but there is undoubtedly a ton of risk in simply inserting him into your lineup every week and expecting positive results.

Within the fantasy football community, Aaron Jones might be the most beloved player aside from the top names, which might have caused his ranking to shoot up too high with analysts attempting to be the “highest” on him. There’s definite risk associated with Jones, though, as he’s been injured in each of his first two seasons, he might be still be a in a committee backfield, and we have not seen him in the preseason. Jones would be an easier sell as a non-risky pick if he was getting exclusive run with the first-team offense during exhibitions, but the Packers did not play their starters, so we don’t really know what’s going to happen with the backfield.

We also haven’t seen Derrick Henry this preseason, as he’s dealt with a calf injury suffered on the first day of training camp. After his insane end to last season, you would think the Titans will hand him the ball a ton in 2019, but it’s no lock to happen. Also, for PPR formats that award half a point or a full point per reception, Henry might not be able to top 25 receptions within Tennessee’s offense despite the ability to contribute more as a receiver.

The risk associated with drafting Josh Gordon for your fantasy team is obvious. He was in the ideal on-field situation last season with the Patriots, but he was still slapped with another indefinite suspension. With Gordon, you must be ready for him to be unavailable at any time.

Sammy Watkins is an explosive player, but he carries some risk simply because of the injury history. The 26-year-old appeared in ten games during the regular season last year, and he’s had a history of foot issues, which is basically out of his control. Watkins has plenty of talent, but also keep in mind that Tyreek Hill and Travis Kelce are likely to be Patrick Mahomes’ top two targets again in 2019.

Third-year tight end O.J. Howard has missed time in each of his first two NFL seasons, but he showed major flashes in the 24 games he was on the field, averaging 16.6 yards per reception. It would be good to see him play a full season, but the other concern is that Bruce Arians’ offenses haven’t utilized the tight end position much in the past (though he hasn’t had a receiver like Howard at the position). Overall, there’s some risk in taking Howard as the fourth tight end off the board, though the upside is tantalizing.

Antonio Brown is a very durable player, but his behavior over the past year has been surprising and concerning. When things are going well, AB will be a likable personality and a good teammate. But what happens if things go south for the Raiders this season? Brown has already seemingly been coming and going away from the team whenever he feels like it, and he left his Steelers team last season when he became upset.