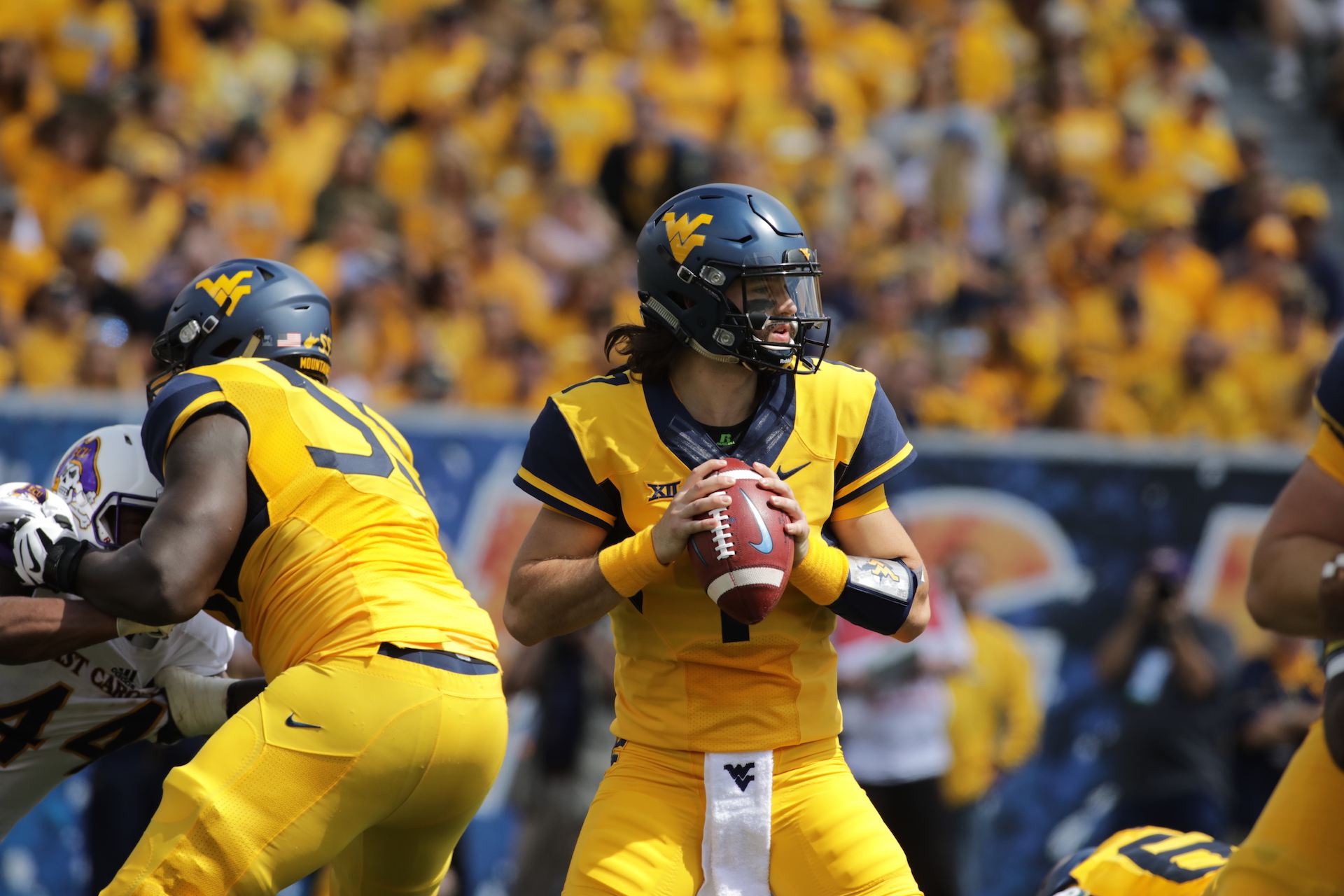 
Now on their professional teams, rookies will get acclimated to life in the NFL, and fantasy owners that haven’t paid much attention to college football will see some new names in the draft pool moving forward. Many people in dynasty leagues will be holding their rookie drafts now that the NFL draft has concluded, and these rankings will help as you build your roster for the long haul.

In an offense that might throw the ball more than any team in the league in 2019, Kyler Murray could be an instant fantasy star and is clearly the top rookie quarterback to own in dynasty leagues. Daniel Jones will have to sit, but being able to sit back and learn behind Eli Manning could pay off in the long run. Dwayne Haskins might be at No. 2 if the Redskins had a more experienced wide-receiver group around him, as Washington’s focus looks like it’ll be on running the football moving forward. Jarrett Stidham is in the best spot to eventually become a consistent fantasy performer, but he’s no lock to take over in New England when Tom Brady retires. Drew Lock is also in a good spot in Denver, as there’s a promising young group of skill position players that can progress with the big-armed quarterback. Ryan Finley and Will Grier could eventually push for starting jobs with their current teams, while Trace McSorley could get a package of plays immediately as a rookie.

Josh Jacobs, David Montgomery, and Miles Sanders all landed in locations where they can become potential three-down backs, but Jacobs is the most likely to be an immediate every-down player from Day 1 given Oakland’s thinner running-back depth chart. If former No. 4 pick Leonard Fournette doesn’t get in shape and on track with his career, Ryquell Armstead could become the offensive centerpiece as a tough, downhill runner in a team constructed by Tom Coughlin. Damien Harris could become a solid contributor with the Patriots, but he does have Sony Michel ahead of him on the depth chart. Bryce Love is in a similar situation to Harris, as Derrius Guice is also with the Redskins; but the two could form a thunder-and-lightning committee. If Todd Gurley’s knee is truly an issue, Darrell Henderson could be as high as No. 1 in these rookie running back dynasty-league rankings.

The 32nd pick in the draft, N’Keal Harry is the top dynasty wide receiver because he’s in the best situation catching passes from Tom Brady to start his career on a depth chart that could lead to him being an immediate starter and a preferred red-zone option with Rob Gronkowski retired. A.J. Brown has an argument for the top rookie receiver to own, as he’s a pro-ready player that could hit 75-90 receptions with the Titans in 2019. Kansas City is the perfect spot for Mecole Hardman, who is a potential Tyreek Hill replacement and might’ve been well outside the top ten of dynasty-league rookie receivers if he landed elsewhere. Marquise Brown, D.K. Metcalf, and Parris Campbell can all fly, too, but Brown is the player with the clearest path to becoming a No. 1 receiver for his team, and it’s on a Ravens team that won’t likely ever become a pass-happy bunch with Lamar Jackson under-center.

The No. 1 wide receiver for the Niners will likely come down to Deebo Samuel or last year’s second-rounder Dante Pettis—there might be room for just one of them as a potential fantasy WR1 with tight end George Kittle being the team’s top target. J.J. Arcega-Whiteside’s path to a lot of playing time in Year 1 is murky, but he has long-term double-digit touchdown upside in Philadelphia. One of Andy Isabella or Haekeem Butler should emerge as a strong fantasy contributor with the Cardinals, with Isabella as the preferred PPR option and Butler as the preferred standard option. Hunter Renfrow should also be an outstanding PPR option with Jon Gruden and the Raiders. It’s understandable if you want to reach for Diontae Johnson much higher than this, as the Steelers are the NFL’s best team at drafting receivers and see something in him. Overall, rookie receiver is very deep.

It’s really close between two Iowa Hawkeyes for the top rookie tight end in dynasty leagues, but Noah Fant gets the slight nod over T.J. Hockenson because he has a little more upside as a receiver, which is more important in fantasy football. They are definitely the top two guys in the rankings, though. Josh Oliver is up at No. 3 because he’s a good fit with Jaguars quarterback Nick Foles, and Jacksonville expects a lot out of him after taking him early in the third round. Irv Smith Jr. is probably the safest of any tight end outside the top two, but he’ll split targets with Kyle Rudolph as a rookie. Jace Sternberger could be a solid option when Jimmy Graham leaves Green Bay, but Aaron Rodgers typically focuses on targeting wide receivers over tight ends. For 2019, Foster Moreau of the Raiders is in a great spot for a lot of playing time after Jared Cook left Oakland during free agency.