WOLF SPORTS ALERT There may be temporary bugs due to site performance upgrades. Thank you for your patience!
Home / frontfantasy / 2019 “Open” Positions With The Biggest Dynasty-League Upside 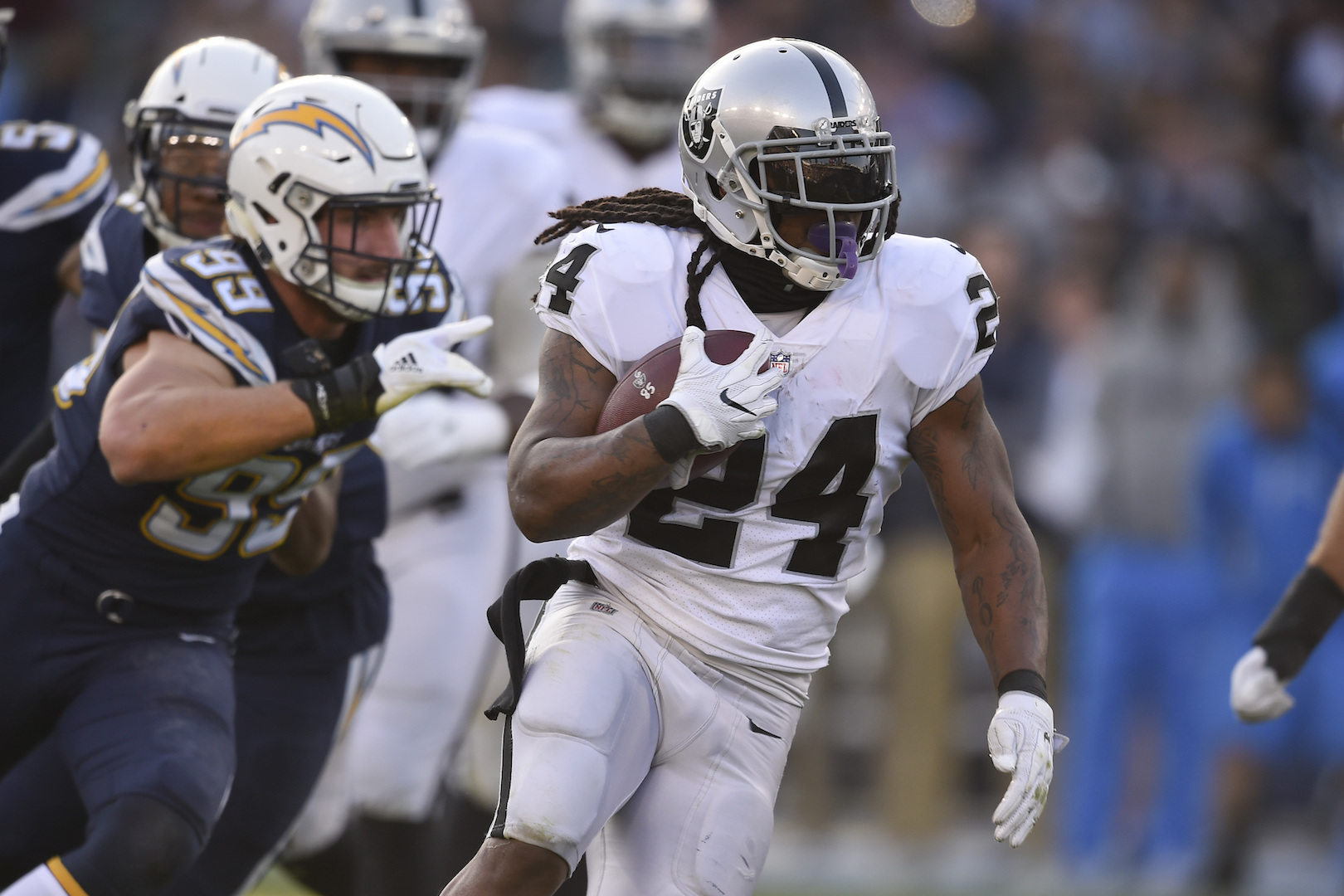 
The 2019 NFL offseason begins in less than a month, and a bunch of players will be moving teams ahead of next season. With several players that look to be potential day-one starters at both running back and wide receiver, the draft could deliver immediate impact players in both real life and fantasy. Which are the best spots for young players to land to have sustained statistical success over the next five-to-ten years for dynasty leagues? These are the most favorable “open” spots for guys to land in the coming months.

Jon Gruden is a quarterback guru, but he loves to establish the ground game to set the tone by controlling the line of scrimmage. If the Raiders remain in Oakland for 2019, there’s a chance Marshawn Lynch is back leading the backfield next season; and Doug Martin played very well when he took over for Lynch as the lead runner in 2018. There’s also 2018 undrafted free agent Chris Warren, who was a preseason all-star before spending the regular season on injured reserve. But if Gruden and the Raiders target a top runner in the draft, potentially with one of their three first-round picks, that player could be primed for a 20-25+ touch workload for years as the centerpiece of Gruden’s offense.

Gus Edwards averaged 5.2 yards per carry on 137 attempts as an undrafted rookie in 2018, and there’s certainly a chance the Ravens feel he’s earned the role of clear No. 1 running back entering the offseason. However, given the injuries Baltimore has suffered over the years at one of the league’s most unforgiving positions, they probably won’t hesitate to draft another talented running back in April. The big reason this starting running back spot is so valuable from a fantasy perspective is the presence of Lamar Jackson at quarterback and the switch to more of a zone-read-based rushing attack under new offensive coordinator Greg Roman. With Colin Kaepernick at quarterback under Roman in San Francisco from 2011-2014, Niners leading rusher Frank Gore had 1,100+ yards every season as a punishing inside ball-carrier. Edwards or someone else could become one of the league’s most consistent and steady producers as the starting running back for the Ravens starting in 2019.

T.Y. Hilton is locked in as the clear No. 1 target for Andrew Luck in Indianapolis, but the No. 2 role is up for grabs. The Colts offense operated very nicely in the first season with Frank Reich leading the way last season, but general manager Chris Ballard probably knows the unit could be even more explosive with more talent on the outside to compliment a franchise quarterback, elite offensive line, and strong group of running backs. Indy has an extra second-round draft pick from the Jets (34th overall) to target someone like N’Keal Harry or Hakeem Butler to add to the receiving group if they don’t target the position in free agency.

Right now, the Eagles arguably have an open third receiver spot behind Alshon Jeffery and Nelson Agholor, but what looks like a No. 3 job could quickly turn into a No. 2 job if Agholor is traded elsewhere ahead of a contract year. With Carson Wentz looking to prove himself to some doubters, don’t be surprised if Philadelphia airs the ball out early and often in 2019 and beyond—that could lead to big fantasy points for the third option behind Jeffery and tight end Zach Ertz. An athletic freak like D.K. Metcalf in the draft could potentially step right in as one of the NFL’s top deep threats next season. The Eagles starting running back spot could also deliver big-time fantasy points, but they might ultimately opt for a committee backfield where no one gets 20+ touches per week.

Finally, the Bucs could put up a ton of points with Bruce Arians as their head coach leading what’s already one of the most talented offenses in football, so the starting running back for the team could become a quick star like David Johnson did under Arians in Arizona. We saw what happened to Johnson and the Cardinals offense when Arians left, so the two-time Coach of the Year’s presence is an obvious boon for everyone in Tampa Bay, but the starting running back should be the biggest beneficiary. A franchise running back for the Buccaneers would likely become an immediate top 10-15 overall dynasty-league player.