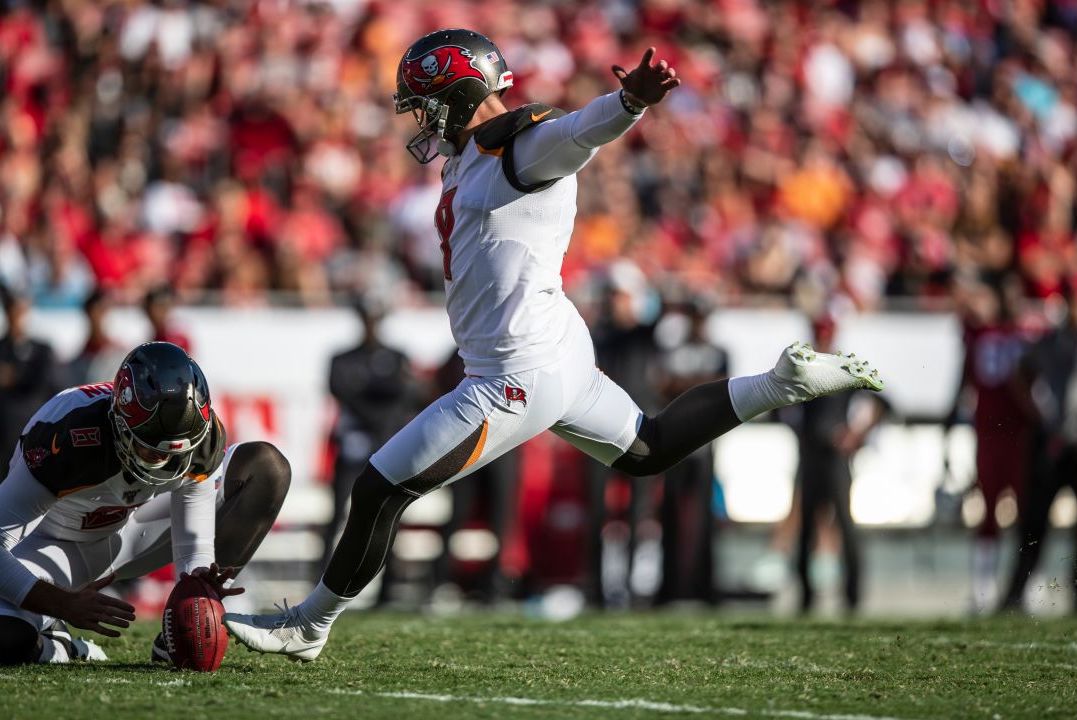 Tampa Bay will score plenty of points this year, and they are unlikely to slow down in December. With two indoor games on the road and two home games in the country’s southernmost state, Gay is a definite beneficiary of how the schedule ends when most of the league is impacted by cold weather in some form or fashion.

I had Las Vegas here as a D/ST option that gets a boost with three home games, and the same is true for Carlson. The second-year kicker struggled some in 2019, but he has a strong leg to take advantage of the Allegiant Stadium setting and can cut through the winter weather in Denver with the elevation providing a boost.

It could actually be worse for Boswell with just one game at Heinz Field (perhaps the toughest place to play for a kicker), but there is a realistic chance of four straight games in freezing temperatures. For those playing in Week 17, the Cleveland matchup is particular might be a concern with Boswell going 0-2 on field goals there over his last three games.

The Browns will bounce between Cleveland and New York in the fantasy playoffs, so Seibert isn’t expected to catch a break when December hits. There are signs that the cold could affected the 23-year-old after he converted just two of his four PAT attempts in Week 16 and Week 17 last year (v BAL, @ CIN).