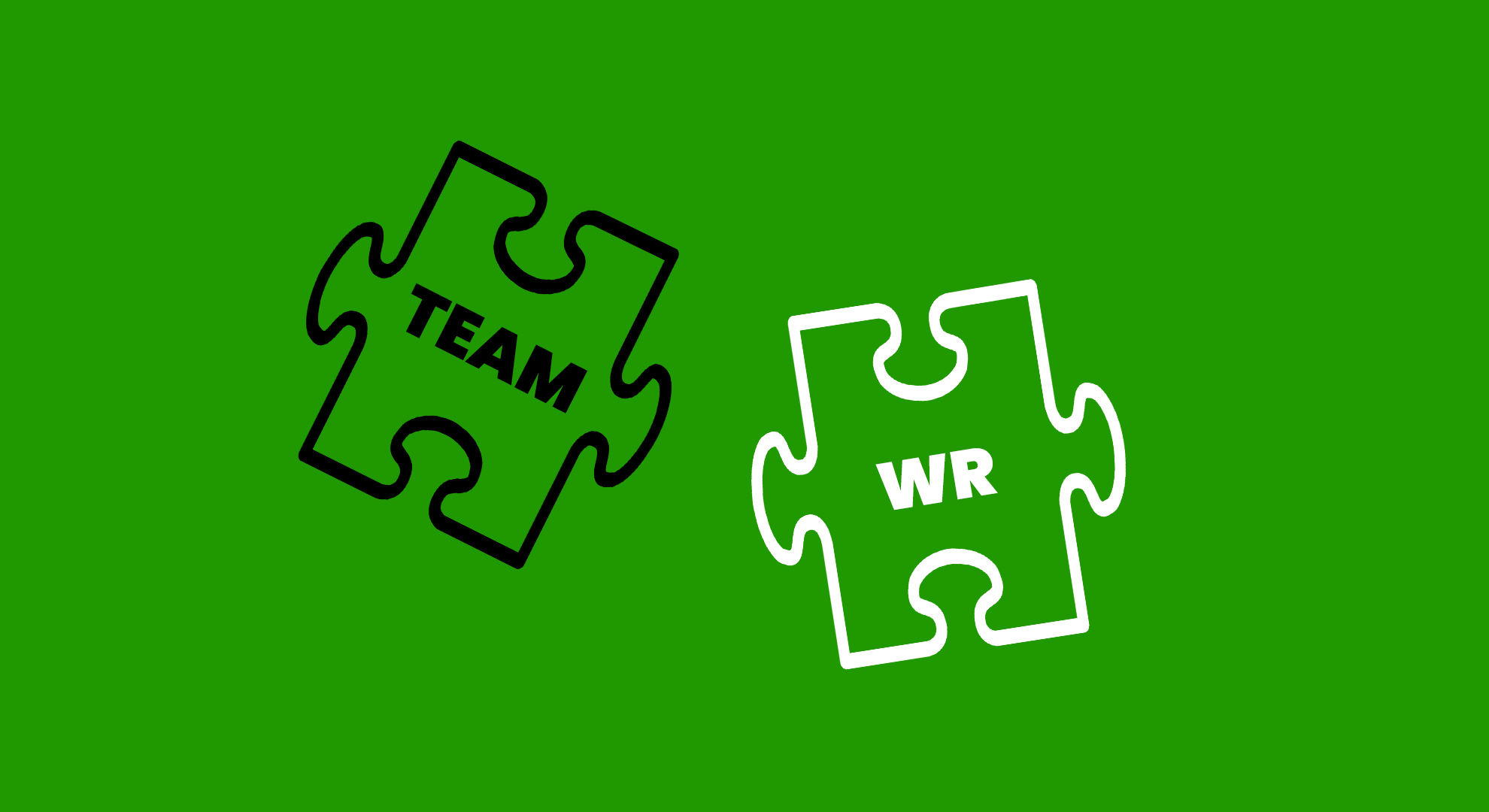 
For the final fantasy football fits for upcoming 2020 rookies ahead of the first round tomorrow night, the focus is on the eight prospects most likely to be selected in the first round. These are the best fantasy fits for CeeDee Lamb, Jerry Jeudy and other rookie receivers to start their NFL careers.

While Cardinals quarterback Kyler Murray has been lobbying for his team to draft his former college teammate with the No. 8 pick, Arizona might not be able to unlock CeeDee Lamb’s nice volume upside in 2020 given the group already has DeAndre Hopkins, Larry Fitzgerald, and Christian Kirk with exceptional depth behind them. However, Lamb has a chance to immediately emerge as the No. 1 target for the Raiders if they go with him in the first round tomorrow night. Darren Waller was the guy at tight end last season, but Jon Gruden typically has his No. 1 receivers going for 1,000 yards every season, and Lamb has the talent to become a perennial 1,000-yard player in Vegas.

The Raiders are also a natural fit for Henry Ruggs III because the franchise loves speed and might be involved in a bunch of shootouts with the Chiefs in the AFC West over the years, but imagine the speedy Alabama product getting single coverage all day in Tampa Bay’s new look offense led by Tom Brady. With Chris Godwin and Mike Evans already among the best receivers in football—now with Rob Gronkowski running the seam—Ruggs would likely get plenty of deep ball opportunities in Bruce Arians’ offense. If the Bucs are going to throw the ball around 40 times per game this season, Ruggs could put up strong immediate numbers with solid long-term upside to go with it.

There wouldn’t be a ton of pressure on Jerry Jeudy to immediately become a top target for Jimmy Garoppolo in his first NFL season with the 49ers, but the technically-sound receiver out of Alabama could be a lethal No. 3 option behind All-Pro tight end George Kittle and promising second-year weapon Deebo Samuel. If he lands with the Niners, Jeudy could be an 800-to-1000-yard receiver with several scores in 2020, but his long-term upside would be that of a yearly Pro Bowler that can get in the 1,200-yard range as the potential X receiver for Kyle Shanahan.

The playing style of Justin Jefferson—as a bigger slot that can also play outside—would be an excellent fit with Drew Brees in 2020 and potentially 2021 if Brees continues his career another season. Jefferson can win one-on-one situations against slot corners, and Brees will put the ball right in his chest or up where he can go get it in the red zone. Furthermore, Jefferson played in a similar system in his final season at LSU after former Saints assistant offensive coach Joe Brady joined the coaching staff. Jefferson would be ready to be an instant-impact contributor in a top offense if he lands with New Orleans.

It’s difficult to find a strong fit for Denzel Mims, but plenty of receivers have had a ton of success under Mike McCarthy with the Packers over the years—and some of them had similar profiles to Mims. The former Baylor receiver would start out as the third receiver behind Amari Cooper and Michael Gallup, but McCarthy’s offense—especially in today’s NFL—could allow for three guys to have above average fantasy success. Long-term, Mims’ upside would be immense in Dallas given his talent level.

The Packers could use a burner like Jalen Reagor opposite Davante Adams, and Aaron Rodgers would have a blast using the TCU star this season. Matt LaFleur’s offense might not lead to as much possibility for top fantasy success for multiple receivers like Rodgers’ former offense did, but Reagor would obviously benefit from catching passes coming via one of the game’s best quarterbacks. Historically, Green Bay has been one of the top franchises for developing wide receivers, so that’s another plus for this landing spot.

The Alshon Jeffery situation remains up in the air, but the Eagles seem like they want to move on from the big receiver soon given that they reportedly believe he’s been critical of quarterback Carson Wentz through the media. Enter Tee Higgins, who is a long target that would make plays for Wentz on the boundary and on deep in-breaking routes. Higgins’ ability on jump balls and off-target passes would give Wentz more room for error on throws to a new potential No. 1 wideout. When you throw in the tight ends, Philadelphia would have a ton of size in their receiving group if they are able to add Higgins.

K.J. Hamler is a Tavon Austin-esque player in terms of athleticism, but he’s arguably more advanced as a route runner to the deep and intermediate parts of the field. Minnesota is looking for a No. 2 target to emerge behind Adam Thielen now that Stefon Diggs is out of the mix, and they are likely to target someone on Day 1 or Day 2 this weekend—that player would be set up for FLEX upside as a rookie. I just feel like Kirk Cousins, who can put high-arching deep balls on target when he’s on his game, would be a good match as a quarterback for Hamler.