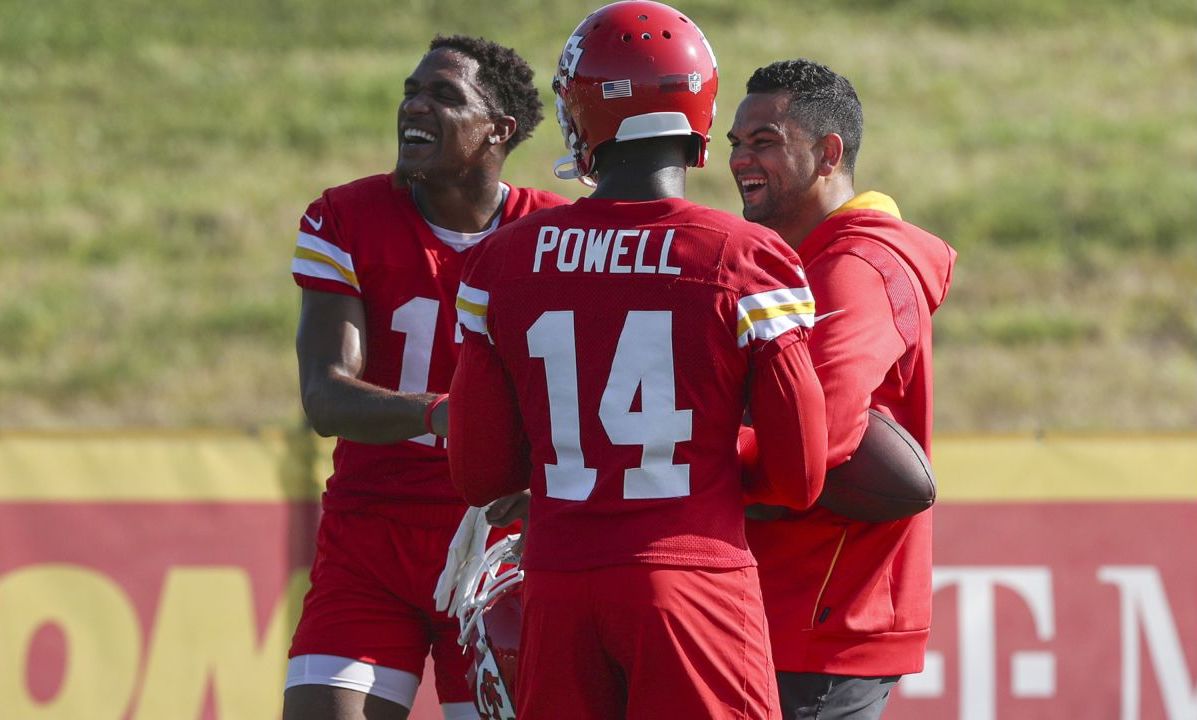 
With so much information at our hands and so many opinions out there, the term “sleeper” isn’t really applicable anymore—but that doesn’t mean there aren’t tons of undervalued fantasy options in 2021. Using the Expert Consensus Rankings from FantasyPros, here is a roster of my favorite players that are nearly off the radar (outside top 40 at QB, top 80 at RB, top 120 at WR, top 60 at TE, and top 20 at D/ST and K) ahead of preseason action.

Ryan Fitzpatrick is the heavy favorite to start, but Washington has said it’s an open competition, and Heinicke’s play in January can’t be ignored after he nearly knocked off the Buccaneers while displaying pinpoint accuracy up and down the field. Projected improvements in the NFC East should lead to more urgency, and there is a real chance Washington ends up making a change if Fitzpatrick—prone to turnovers throughout his career—struggles with a difficult stretch out of the gates (v LAC, v NYG, @ BUF).

Detroit has a one-two punch with D’Andre Swift and Jamaal Williams that will handle the vast majority of touches, but Jefferson’s name should be monitored. The rookie is a powerful, throwback runner with the ability to pick up tough yards between the tackles, and the Lions have a top-tier offensive line that will open holes for Jefferson if he’s ever given a boost in carries.

Ollison is flying way under the radar right now with a probable role alongside veteran Mike Davis, and Atlanta should still have a very good offense despite trading Julio Jones to Tennessee. As a rookie in 2019, Ollison scored touchdowns from one, one, two, and three yards away, and his success in goal-to-go opportunities should be valued by Arthur Smith.

Terry McLaurin, Curtis Samuel, and third-rounder Dyami Brown will be the trio of the future for Washington, but don’t forget about Humphries for this season. With Samuel—who is missing camp time—set to play outside, the slot is wide open for Humphries to start, and he has a history with Ryan Fitzpatrick from their time together in Tampa Bay. Full PPR leagues in particular could get early-season value out of Humphries.

Another former Clemson wideout, Powell enters the perfect situation (high-powered offense) to make an impact in 2021 and beyond—especially with the Chiefs not having a set-in-stone option behind Tyreek Hill and Mecole Hardman. Everyone from the front office to Patrick Mahomes has talked up the rookie since he was taken in the fifth round, and his vertical skillset combined with size/strength makes him a great fit for Andy Reid’s attack.

To be fair, Tebow’s ADP is nearly 30 spots higher, but his ECR is definitely low for the potential impact he might make—and the college football legend isn’t someone to bet against. While unlikely (and a nightmare scenario for the rest of the offense from a fantasy perspective), would anyone be shocked if Tebow scored a handful out touchdowns by getting featured near the end zone? At the game’s most shallow position and on a wide-open depth chart, Tebow can shine.

There are obviously plenty of candidates to choose in the FLEX spot, but I’m going a little deeper with Coulter here. Although he will have a crowded position and a new regime working against him as he hopes to crack the roster, Coulter has the talent to emerge behind Brandin Cooks, and he’s said to be a great shape entering Year 2.

The Giants are quietly loaded on defense, including on the back-end where their depth and versatility could allow them to match up with various opponents. If Lorenzo Carter and rookie Azeez Ojulari are able to provide pressure off the edge with Leonard Williams and Dexter Lawrence on the interior, watch out.

McPherson was the first kicker drafted in April’s draft and will be joining a team with an emerging offense, so the case for him is pretty simple. His situation feels somewhat similar to Tyler Bass last season in Buffalo—when the young kicker finished fourth in the NFL in scoring.