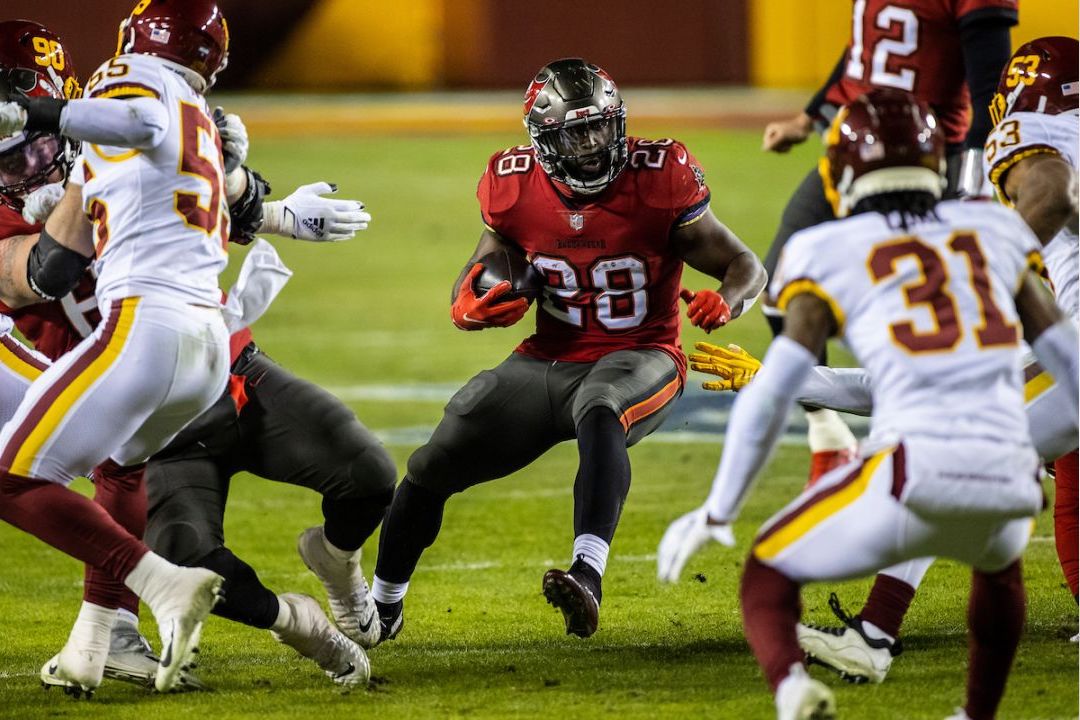 
After starting with quarterbacks last week, today we’re going over the top free agency fits from a fantasy perspective for running backs. Just one team per player can be used.

The expectation is that Jones will test the open market, and he’d probably be productive wherever he lands. However, it’s hard to make an argument for a better spot than in Green Bay, as the dynamic runner has scored 39 touchdowns over the past three seasons with the Packers. Jones’ efficiency and ability to find the end zone makes the potential emergence of second-year back A.J. Dillon less of a concern if he stays with the Packers.

The Falcons may be looking for a powerful runner after Derrick Henry ran wild in Arthur Smith’s offense with the Titans over the past two years, and Carson is a fit. Carson also has the ability to be a big contributor as a receiver, so he’d also be a factor on check downs from Matt Ryan, which is a definite plus both in real life and from a fantasy perspective. In an offense that’s going to want to run the ball to set up play-action, Atlanta is an undervalued landing spot for running backs this offseason.

There’s been some inconsistency, but Drake has found a role in Kliff Kingsbury’s offense, so remaining with the Cardinals is his best bet for sustained fantasy production. Arizona wants to run enough plays that both Drake and Chase Edmonds can get a solid number of touches and produce.

The Steelers seem poised to go in another direction at running back after Pitt product James Conner had been their starter over the past few years. JuJu Smith-Schuster has been rumored as a potential target for the Jets, but JuJu’s teammate might be the one to land in New York. If the Jets don’t draft a running back early, Conner could lead the backfield with second-year player La’Mical Perine mixing in behind him.

Benny Snell might be the answer to lead the backfield for Pittsburgh, but Mack could be a major value addition coming off a torn Achilles. Mack brings underrated toughness along with his speed and big-play ability, so he’d form an ideal tandem with Snell. Also, it feels like Mike Tomlin wants to run the ball more, so both Mack and Snell might be able to push 200 carries if they’re leading the backfield as a duo in 2021.

The Dolphins have been very interested in signing Bell in the past, and the former All-Pro running back might come cheap given the depth of the running back market. Bell likes the Miami area, and the Dolphins have shown they aren’t afraid to go with a clear featured back under Brian Flores. Bell no doubt wants to get back to the workhorse form he showed with the Steelers, and the Dolphins might provide an opportunity to do that.

It’s tough to find the best landing spot for Gurley from a fantasy perspective, but the former Offensive Player of the Year is still just 26 years old. Gurley wants to play for a winner, and the Bills currently have to rely on relatively inexperienced players at running back with Devin Singletary and Zack Moss. Gurley could bring a veteran presence with the ability to lead the backfield if he wins the starting job in the summer.

Fournette appears to have found a home in Tampa Bay after a strong postseason run, and the Bucs are trying to go for two consecutive championships with mostly the same squad that just won Super Bowl LV. It’s difficult to say there’s a better spot for Fournette than with the Bucs.

Expectations are low for the Eagles moving forward, but perhaps they can surprise people if the offensive line gets healthier and back to form. Coleman should be relatively fresh, and he could probably do some damage coming off the bench behind Miles Sanders in Philadelphia.

The Broncos sound more open to re-signing Phillip Lindsay, and the aforementioned depth of the running back market might lead to Lindsay staying where he’s most familiar. Injuries were a factor in 2020, but Lindsay started his career with back-to-back 1,000-yard seasons in Denver.

The Seahawks are a very intriguing spot for running backs this offseason, assuming they move on from Chris Carson. Williams has been impressive whenever he’s been on the field for the Packers, and the Seahawks—who, judging by the Russell Wilson drama, clearly want to run the ball a ton—would give him a chance to potentially handle a heavy workload. You’d think Seattle is a fan of Williams’ all-around game.