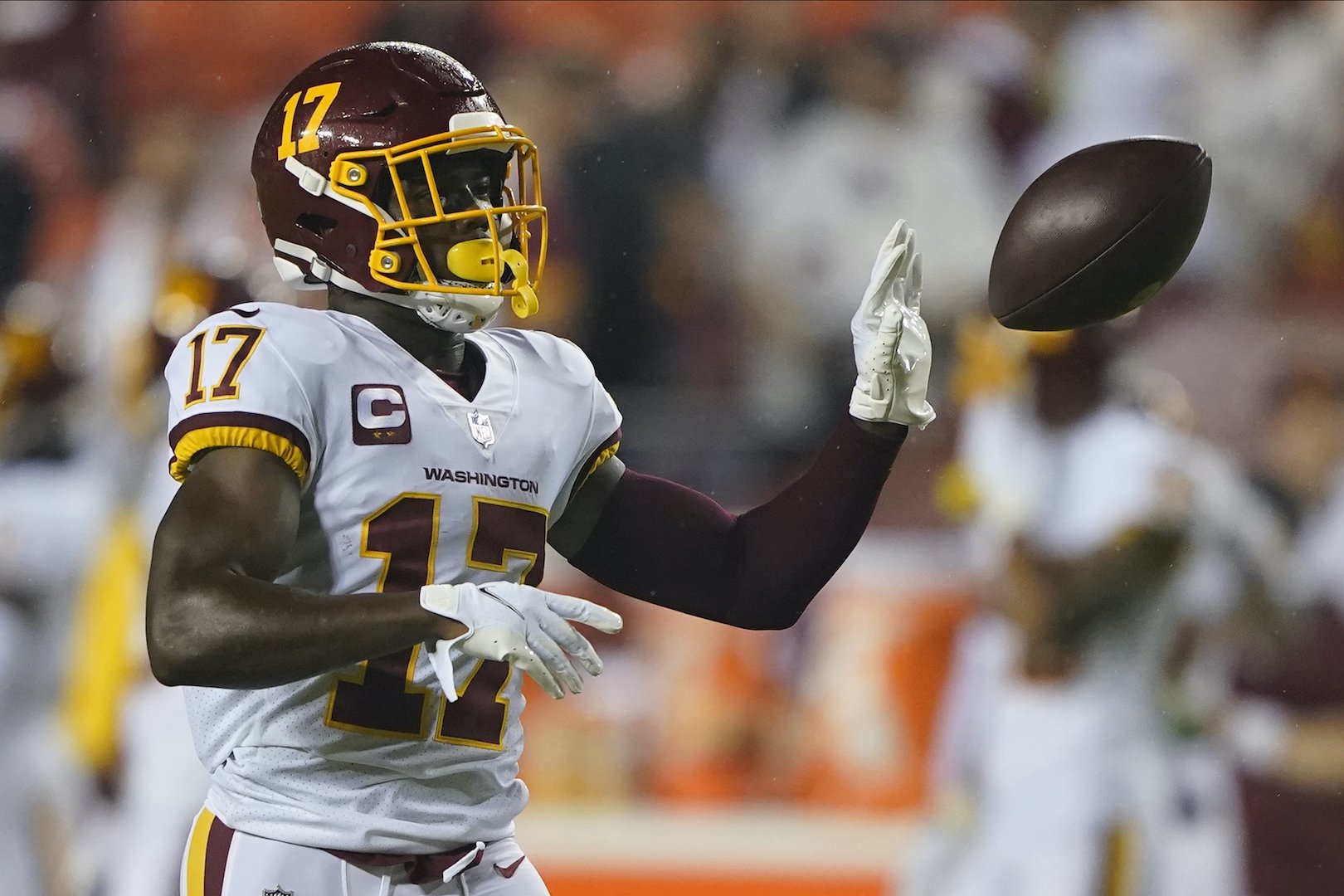 QB Carson Wentz: Essentially acquired for a couple of third-round picks from the Colts, Wentz now joins his third team in as many seasons, and the pressure is on considering the projected strength of the 2023 quarterback class. That said, the price paid by the Commanders to get Wentz is noteworthy, and the franchise seems to have real faith in him—including a willingness to build him up as “the guy” under center. Throwing to the explosive trio of Terry McLaurin, Jahan Dotson, and Curtis Samuel, Wentz can top low-end QB2 expectations.

RB Antonio Gibson: The usage of Gibson has been frustrating, and things look just as discouraging in 2022 with J.D. McKissic re-signed (and sure to be used after getting lured back following a “deal” with Buffalo) and former Alabama bruiser Brian Robinson Jr. drafted in the third round. That leaves Gibson as a clear committee member, and it’s his skillset—which arguably has been underutilized—that is worth investing in. It feels like Gibson could be a guy that goes for 100+ yards and multiple scores one week and follows it up with an unpredictable eight-touch game in the next.

RB Brian Robinson Jr.: Robinson Jr. seems to be overlooked as a talent because he waited his turn at Alabama, but he’s a throwback runner with excellent power to quickly work his way into a significant role. Washington liked the rookie enough to select him in the third round, and their unwillingness to feature Gibson for extended periods should lead to a healthy number of touches on early downs. The rookie is an excellent late-round target.

RB J.D. McKissic: Again, McKissic was on his way to the Bills before having a change of heart, so that could mean the Commanders promised big plans for him in 2022. The veteran is only a year removed from having 80 receptions, but it might take an injury for him to hold FLEX value outside of deeper full PPR leagues for what looks like a three-headed backfield.

WR Terry McLaurin: He’s established himself as one of the best young wideouts in football since entering the league, but has McLaurin settled in as a better real-life option than fantasy option? The 26-year-old has finished as the WR24, WR19, and WR25 to begin his career (so, essentially an annual low-end WR2), and we aren’t sold on Carson Wentz finally solidifying the quarterback position for Washington. Maybe Jahan Dotson will draw enough coverage away from the newly extended wideout, but another low-end WR2 finish could be in the cards for McLaurin.

WR Jahan Dotson: Dotson is a dynamic wideout with sticky hands, advancement as a route runner, great speed, and outstanding toughness despite a smaller build. It wasn’t at all a reach for Washington to take him with the No. 16 overall pick in the 2022 NFL Draft, and Dotson was able to produce with shaky quarterback play at times for Penn State—which raises his floor for this season and his career in general.

WR Curtis Samuel: Just two seasons ago, Samuel went for a 77/851/3 line with 200 yards and two touchdowns on the ground, and the talent and youth (turning 26 in August) are still there for him in a familiar offensive system. For now, durability concerns and the selection Jahan Dotson are hurting his outlook, but Samuel has the ability to be a home-run value.

WR Dyami Brown: Brown is clearly stuck behind McLaurin and Dotson as long-term options for the Commanders, so his best hope for value this season and beyond would be for Curtis Samuel to not stay on the field and/or eventually be let go. Last year’s third-rounder is at his best as a vertical threat on the outside, and the ability of both McLaurin and Dotson to play the slot is at least a positive if Brown shows enough to earn snaps.

WR Cam Sims: Sims flashes whenever given an opportunity, and the numbers back that up with 9.7 yards per target for his career (a 49/715/3 line on 74 opportunities). The 26-year-old could realistically be the No. 3 wideout if Curtis Samuel can’t stay healthy and Dyami Brown fails to make a jump, so keep his name in mind for deeper formats.

WR Dax Milne: Last year’s “Mr. Irrelevant” in the 2021 NFL Draft, Milne caught nine passes for 83 yards as a rookie, and he’ll hope to show enough in camp to make the team again. The former BYU standout closed his college career with 70 receptions for 1,188 yards and eight touchdowns as a top target for Zach Wilson, so he needs to become a favorite of Carson Wentz.

TE Logan Thomas: Thomas—coming off a torn ACL—caught three touchdowns in what was essentially just five games last year, and he should return as an important part of the offense by using his size to work the middle of the field. The smallish group of wideouts could make Thomas a trusted weapon for Wentz, and the converted quarterback knows how to get himself open in scoring territory—where he’s hauled in 19-of-22 targets over the past two seasons.

TE John Bates: He only had 25 targets as a rookie, but Bates was very efficient with 20 receptions, 249 yards, and one touchdown. More importantly, last year’s fourth-rounder is one of the best blocking tight ends in the league, which is certainly enough to have a stable role for a balanced offense. Bates can surprise if Logan Thomas ever misses time.

TEs Antonio Gandy-Golden and TE Cole Turner: Gandy-Golden and Turner have similar profiles as longer pass-catching tight ends—with the former making the transition from wide receiver and the latter coming off a combined 19 touchdowns over the past two seasons at Nevada. The fifth-round selection of Turner could give him the edge, but Gandy-Golden is a worthwhile dynasty investment based on the ability he showed at Liberty.

Those drafting around Labor Day should selfishly be hoping Dotson doesn’t do much in the preseason to keep his value suppressed, but he’s a legitimate Offensive Rookie of the Year candidate that can easily go for 1,000+ yards in Year 1. The time Terry McLaurin spent away from the team before his extension even helped Dotson form a stronger connection with Carson Wentz.

Dotson has climbed a few spots over the past couple of weeks, but he’s still ridiculously low in dynasty leagues (consensus WR46). We would recommend reading our full scouting report on Dotson to buy into him as a future star at wide receiver.