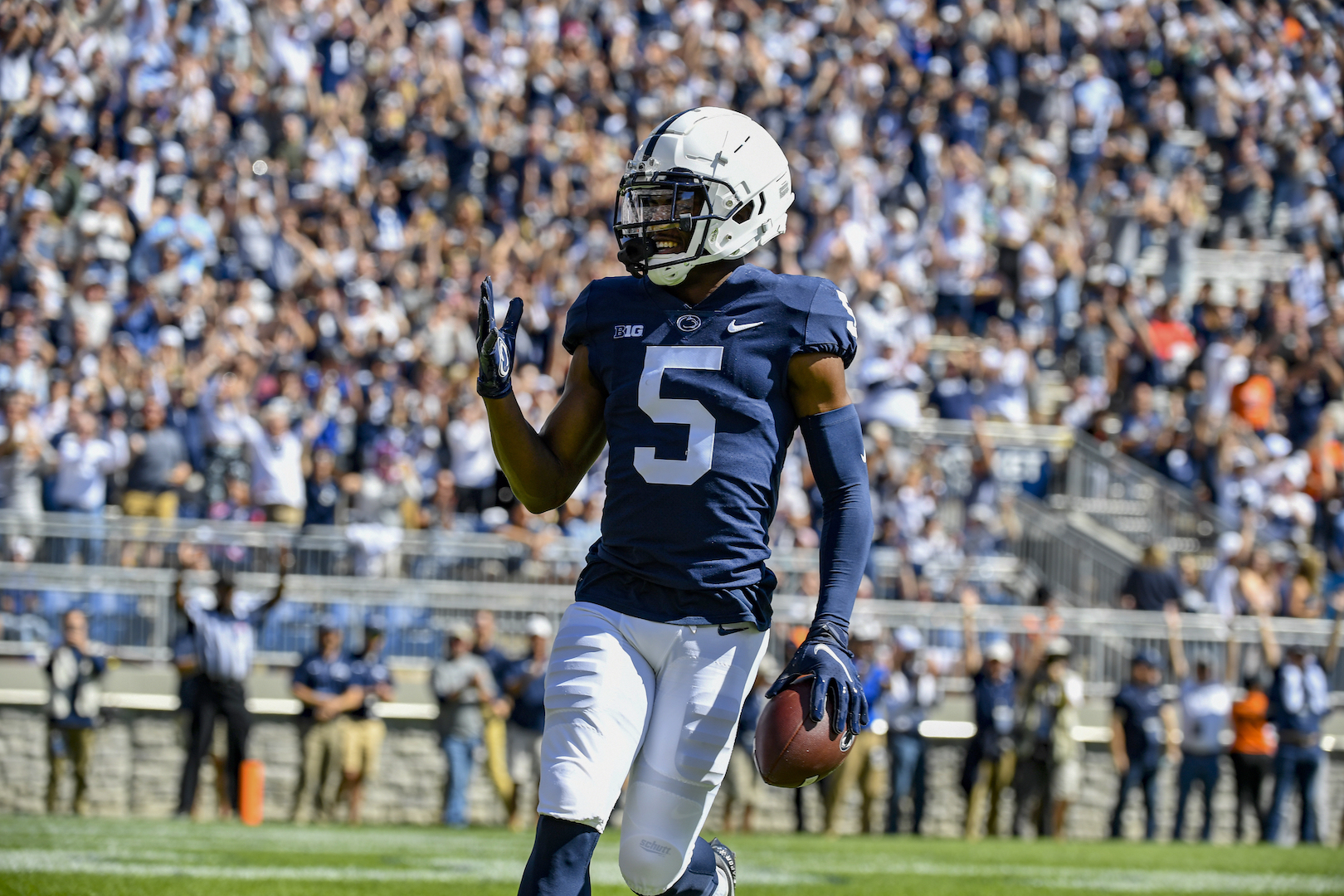 Great quickness and speed. Twitchy overall movement skills. Soft/sticky hands and catches the ball away from his body. High-flying leaping ability at his size. Made multiple Spiderman-like spectacular catches. Very tough in traffic for a smaller player. Will put his body on the line by extending across the middle. Excellent on deep dig routes. Looks the ball in with no concerns about getting hit on slants. Ideal timing/patience with creativity as a route runner. Deceptive in and out of breaks at all three levels. Uses head fakes to sell routes. Possesses a very good crossover move to create space. Deadly on double moves because of how well he sells everything. Can lull defenders with underneath route before hitting another gear to get vertical. Top speed allows him to separate late on the deep ball. Great feel for open space versus zone coverage. Able to rise and make grabs on bigger players with the ball in the air. Very effective on perimeter screens. Dangerous on pop passes and motion handoffs. Has been used in the wildcat (outside touchdown run versus Ohio State in 2021). Big-play punt returner.

Struggles dealing with physicality early in the route. Can be stopped in his tracks if jammed at the line of scrimmage. Smaller build combined with play style could lead to durability concerns.

Overall, Dotson is an extremely dynamic wide receiver with great toughness and advancement as a route runner. His ability to hit a home run from anywhere on the field should make him a clear first-round prospect.