WOLF SPORTS ALERT There may be temporary bugs due to site performance upgrades. Thank you for your patience!
Home / frontfantasy / 2022 NFL Free Agency: Best Fits From A Fantasy Football Perspective 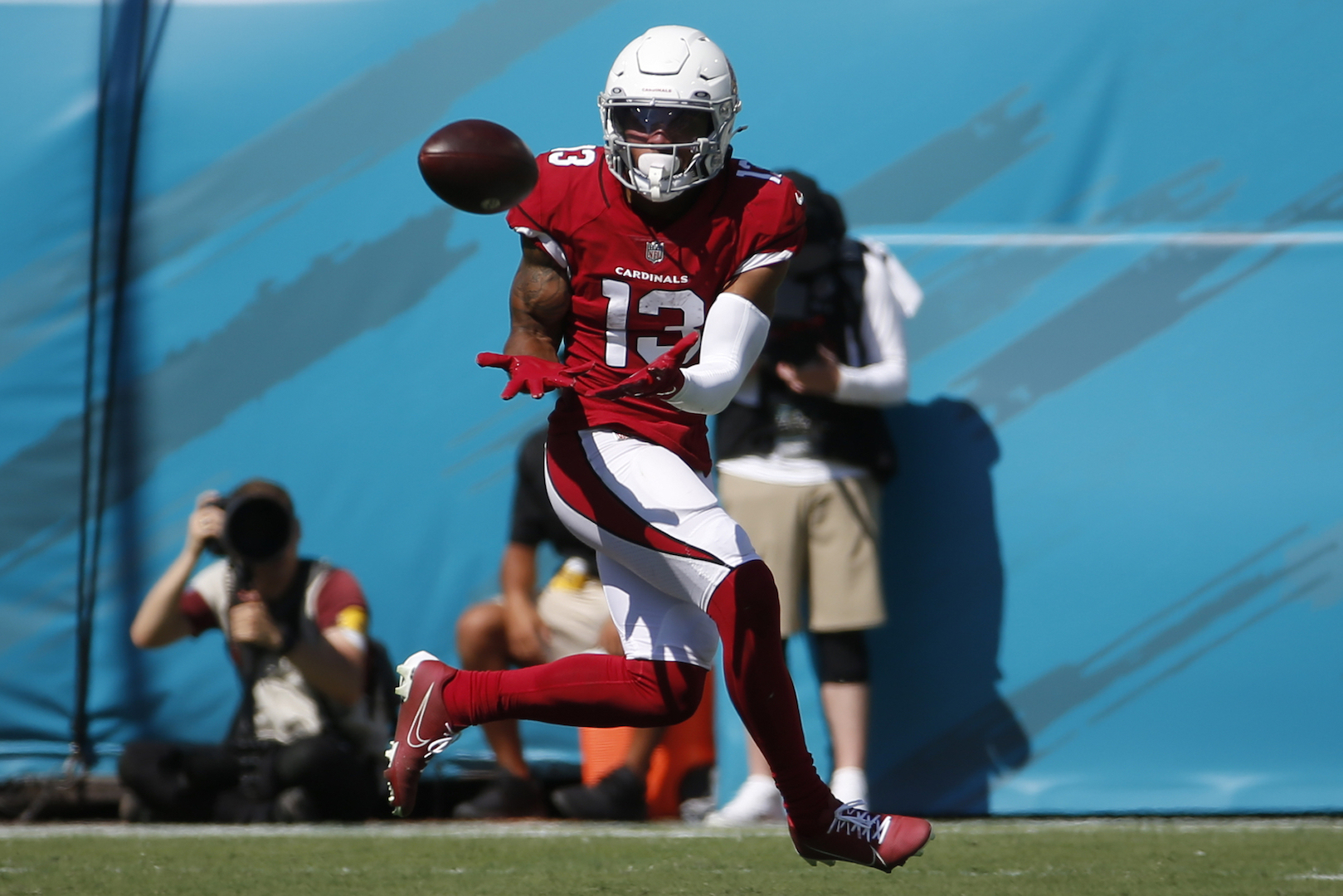 
2022 NFL free agency gets underway next week, and plenty of skill position players will be on the move. From a fantasy football perspective, we’ll be keeping an eye on the value increase or decrease based on the landing spots. These are the best team fits for some of the top free agent running backs, wide receivers, and tight ends this offseason—but not all of the consensus top options are listed. For example, there are limited and unpredictable options for the quarterbacks, Odell Beckham Jr. is a near-lock to return to the Rams, and Rashaad Penny sounds like he’ll return to the Seahawks (unless the Russell Wilson news changed that).

A lot remains to be seen about the post-Tom Brady Buccaneers (with some thought to Brady even unretiring at some point), but Tampa Bay might remain the best spot for Leonard Fournette. The Bucs should be able to field at least a solid starting quarterback for a team that still wants to contend for a championship, and Fournette could be a bigger centerpiece of the offense after nearly 250 touches last season—especially if the Bucs run the ball more with the downgrade at quarterback.

The Dolphins haven’t really put heavy resources into running back over the past handful of years, and that’s certain to change under new head coach Mike McDaniel, who is coming from a very successful run game with the 49ers. A rookie draft pick is certainly possible (if not likely), but Melvin Gordon would be a tremendous fit as a productive veteran that has experience in working in committee backfields as he did last year with second-round pick Javonte Williams in Denver. Overall, Gordon has become one of the most underrated players in the league, and he could still provide at least solid RB2 value in a place where he’s leading the backfield like Miami.

James Conner scored 18 touchdowns last season and Chase Edmonds (also a free agent) might be heading to another team. Touchdown regression is certainly a concern—and likely—but this one is simple. The Dolphins would be another solid landing spot for Conner, but things went so well with the Cardinals last season that the top spot for him from a fantasy perspective is remaining in Kliff Kingsbury’s offense.

Going through all the teams that might be interested in adding a playmaker like Cordarrelle Patterson, it was difficult to determine a better fit than the Falcons given that we’ve already seen Arthur Smith use him better than anyone else has throughout his career. And with Calvin Ridley now suspended for the entire 2022 season (pending appeal), Patterson could be a second or third option in the Atlanta offense along with Kyle Pitts and a receiver addition—hopefully, with more consistency after he fell off toward the end of last year.

The Raiders just created nearly $15 million in cap space yesterday, so they can get creative this offseason with the top players in free agency. Cornerback J.C. Jackson is a potential fit, but Allen Robinson might be the biggest name to watch. The dream of Davante Adams going to Las Vegas is pretty much officially dead after Aaron Rodgers announced that he would be returning to Green Bay and the Packers placed the franchise tag on Adams, but A-Rob could be a nice consolation prize at a discount price following a disappointing 2021. With Darren Waller and Hunter Renfrow navigating the middle of the field, Robinson profiles as a big-time touchdown threat on the outside while catching passes from Derek Carr, who has had success with bigger-bodied targets throughout his career.

The Chiefs were the runner-up for JuJu Smith-Schuster last offseason before JuJu re-signed with the Steelers, and this makes a ton of sense one year later. Kansas City is always aggressive in adding as many weapons as possible on offense, and Smith-Schuster would fit seamlessly along with Tyreek Hill and Mecole Hardman at wide receiver. Also, long-term and in dynasty leagues, this is an excellent fit for Smith-Schuster, as he could emerge as a security blanket of sorts whenever tight end Travis Kelce retires.

The Falcons needed to add more on offense even if Calvin Ridley was in the mix, so now they definitely need to make some moves (which could also come in the draft). Allen Robinson figures to be out of their price range, but D.J. Chark is a potential free-agent value. Chark has a 1,000-yard season under his belt, and he’d be a good pairing with quarterback Matt Ryan in Atlanta.

Similarly, the Packers are in a tough cap situation, but Christian Kirk could be a tremendous addition as a secondary target in the receiving corps along with Davante Adams. Somewhat quietly, Kirk is coming off a career-best 77/982/5 campaign, so the price might be higher than expected, and Green Bay could get priced out. However, the allure of playing for a title contender and with a four-time MVP is a recipe for a discount if Kirk is up for it.

Maybe Rob Gronkowski just wanted to give his friend Tom Brady’s own retirement more time to breathe before announcing his own plans, but it seems that the future Hall of Fame tight end is very open to playing in 2022. Gronk has said in the past that he only wants to play with Brady as his quarterback, but things change, and Josh Allen is a stud that should interest Gronkowski. Bucs and Bills are probably the only two options here, but Buffalo is probably the best fit from a fantasy perspective given the presence of Allen.

The Jaguars and former head coach Doug Pederson were in strong consideration for the best landing spot for Zach Ertz from a fantasy perspective, but the Colts might be an even better option. Indy is led by Ertz’s former offensive coordinator Frank Reich, and they just lost tight end Jack Doyle to retirement. The veteran Ertz still knows how to find holes in the defense and get open, and he’d be an easy fit working off of play-action based around Jonathan Taylor and the run game.