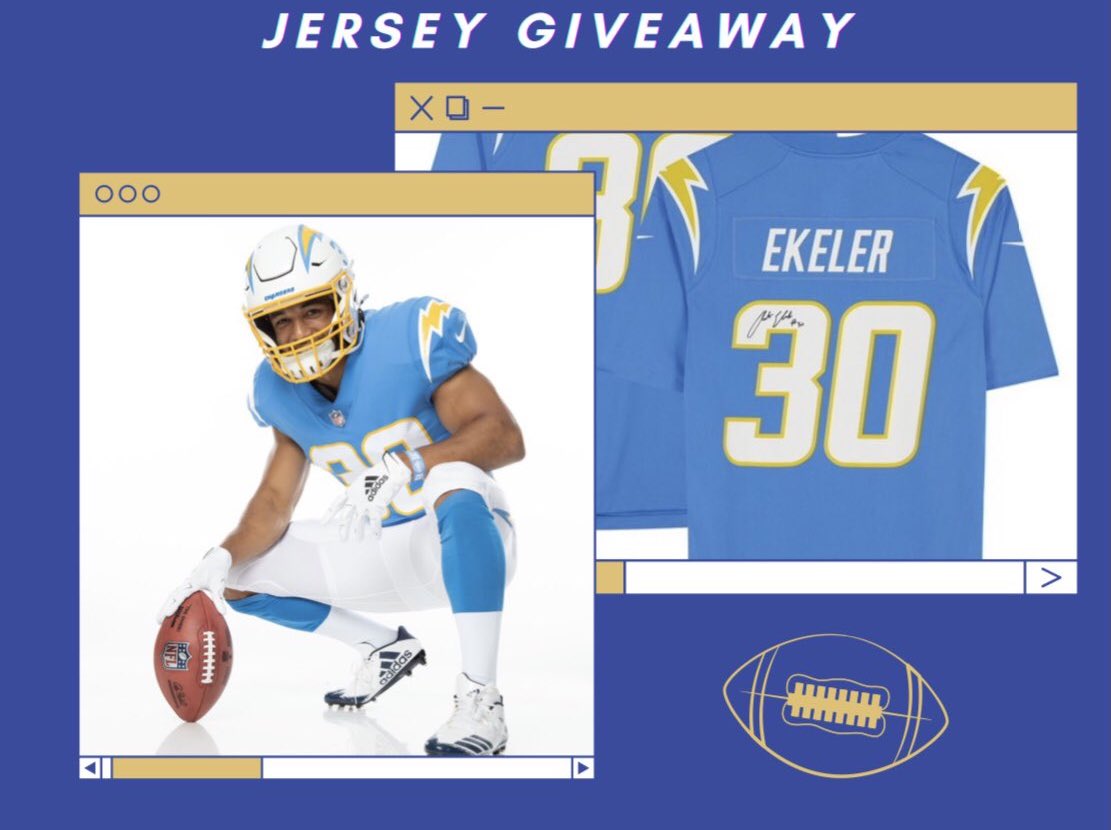 
Chargers versatile running back Austin Ekeler is one of the top players in fantasy football this year, often going in the first two rounds in many leagues. If you haven’t drafted yet and are stuck between Ekeler and another player early, maybe this will give you a nudge in one direction: Each week this season, Ekeler is offering a signed jersey to one lucky fan.

To be eligible you need to 1) have Ekeler in your starting lineup, 2) win your matchup, and 3) send a screenshot as proof by tagging Ekeler on Instagram or Twitter.

This is a really cool idea from Ekeler, who—like other players including 49ers tight end George Kittle—has embraced fantasy football and the team owners that believe in him enough to draft him.

Some people play fantasy football and go for the points only, not really caring about the players on their teams. And it goes the other was as well, with many players not caring at all about fantasy football (not that they should). It seems there’s a mutual respect both ways when it comes to Ekeler.

Ekeler currently has an average draft position of 13th overall in 0.5 PPR leagues, according to FantasyPros.