WOLF SPORTS ALERT There may be temporary login issues due to site maintenance. Thank you for your patience!
Home / frontfantasy / Determining The Best Fantasy Fits For 2018 Draft Prospects: QB 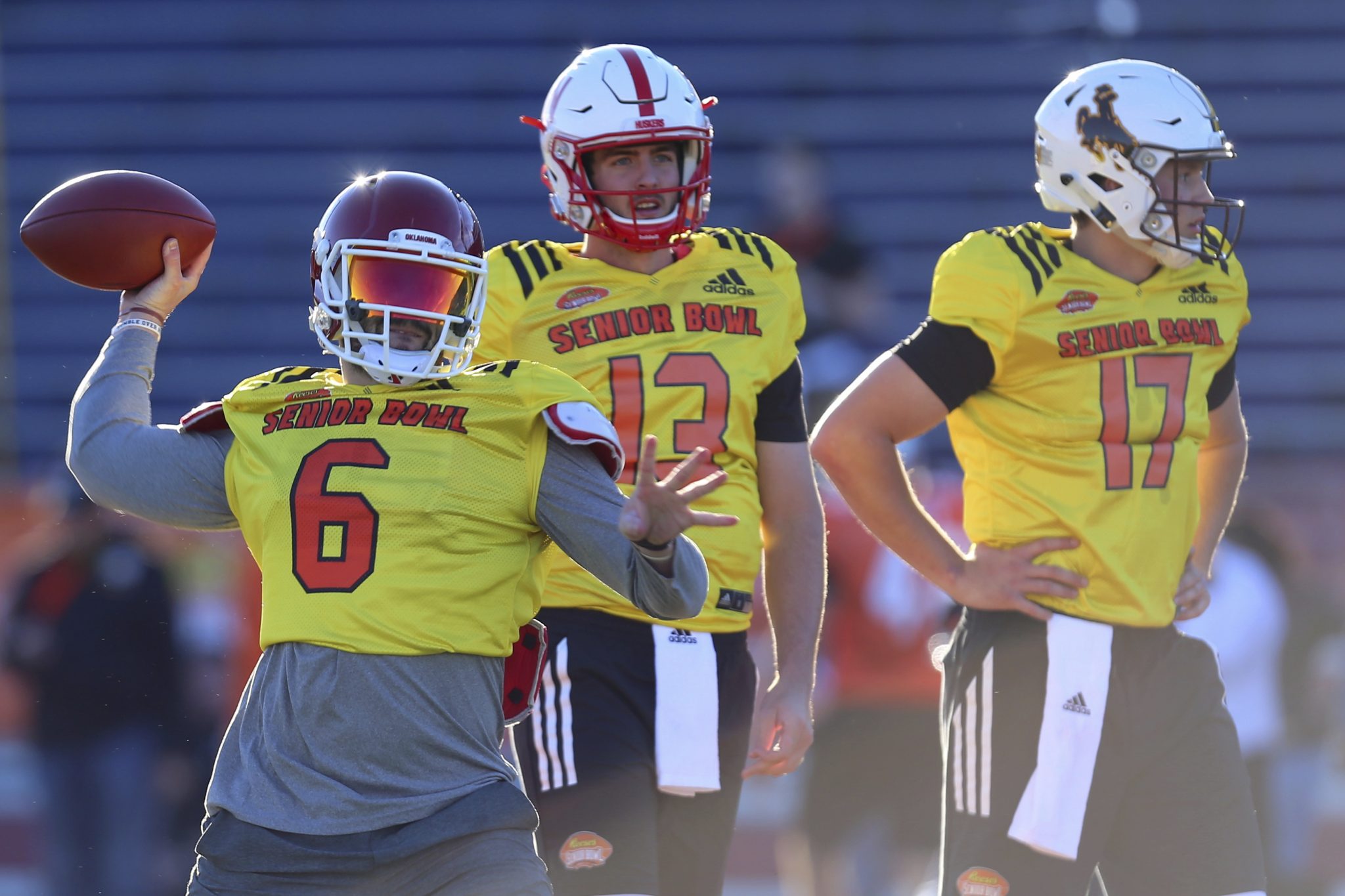 
With four Fridays to go until the 2018 NFL Draft begins (April 26th at 8 PM ET), I’m going to go through each position every week and give what I believe is the top team fit for the top prospect from a fantasy perspective, starting with the quarterbacks. [Note: this is for their entire careers, not just 2018; also, a team will not be used twice]

Only one team per prospect has to be a rule because if it wasn’t, the Giants might be the best fit for everyone. Not only would a rookie quarterback be able to learn behind Eli Manning for one or two years, but the franchise also has one of the top offensive minds in the NFL as their new head coach. Josh Allen’s golden arm would allow Pat Shurmur to come up with some really creative plays, and he can also beat a defense with his legs.

Lamar Jackson could go a lot higher than people expect, as all it takes is one team to fall in love with him to pull the trigger. The Chargers have already shown interest in the former Heisman winner, and like the Giants situation, LA has an established quarterback in place to learn behind. As for the coaching Jackson will receive, Anthony Lynn helped shape Tyrod Taylor in Buffalo, and he wouldn’t be afraid to unleash the dynamic quarterback in the running game.

I’m not sure anyone will want to go to Cleveland if Hue Jackson is a lame-duck head coach under a new general manager, but Sam Darnold has the intangibles to overcome a potential scheme change, especially if he sits behind Tyrod Taylor to start his career. Darnold’s anticipation and accuracy would be a strong fit with Josh Gordon on intermediate or deep routes and Jarvis Landry underneath.

As long as he can be trusted off the field (and on the field, for that matter), Baker Mayfield seems like an ideal match with Adam Gase in Miami. The Dolphins head coach is creating a new culture for the franchise, and if Mayfield is fully committed to the game he undoubtedly loves, he should be a prominent figure in the building that teammates won’t want to disappoint. Plus, Gase will know how to play to Mayfield’s strengths and weaknesses on game day.

We saw Josh McCown post respectable fantasy numbers last year in New York, and that was in large part due to strong protection from the offensive line. Every quarterback needs blocking, but Rosen probably more so than others, so the Jets are a good fit for him with the Giants and Dolphins already off the table. Also, with McCown and Teddy Bridgewater on the roster, Rosen will need to work each and every day to see the field, which could be the key to unlocking his potential as a franchise quarterback.

A.J. McCarron sort of filled the last musical chair in free agency when it came to the quarterback market, but he’s a better player than people give him credit for, and is arguably an improvement on Tyrod Taylor. Still, the Bills are probably going to be aggressive in the draft for a signal-caller, and if they are unable to swing for Josh Allen or Sam Darnold (probably the best two fits for the franchise), Mason Rudolph isn’t a bad fallback option. The former Oklahoma State standout has a great deep ball, so the team would have at least a year to find a speedster on the perimeter to pair with Kelvin Benjamin and Zay Jones.