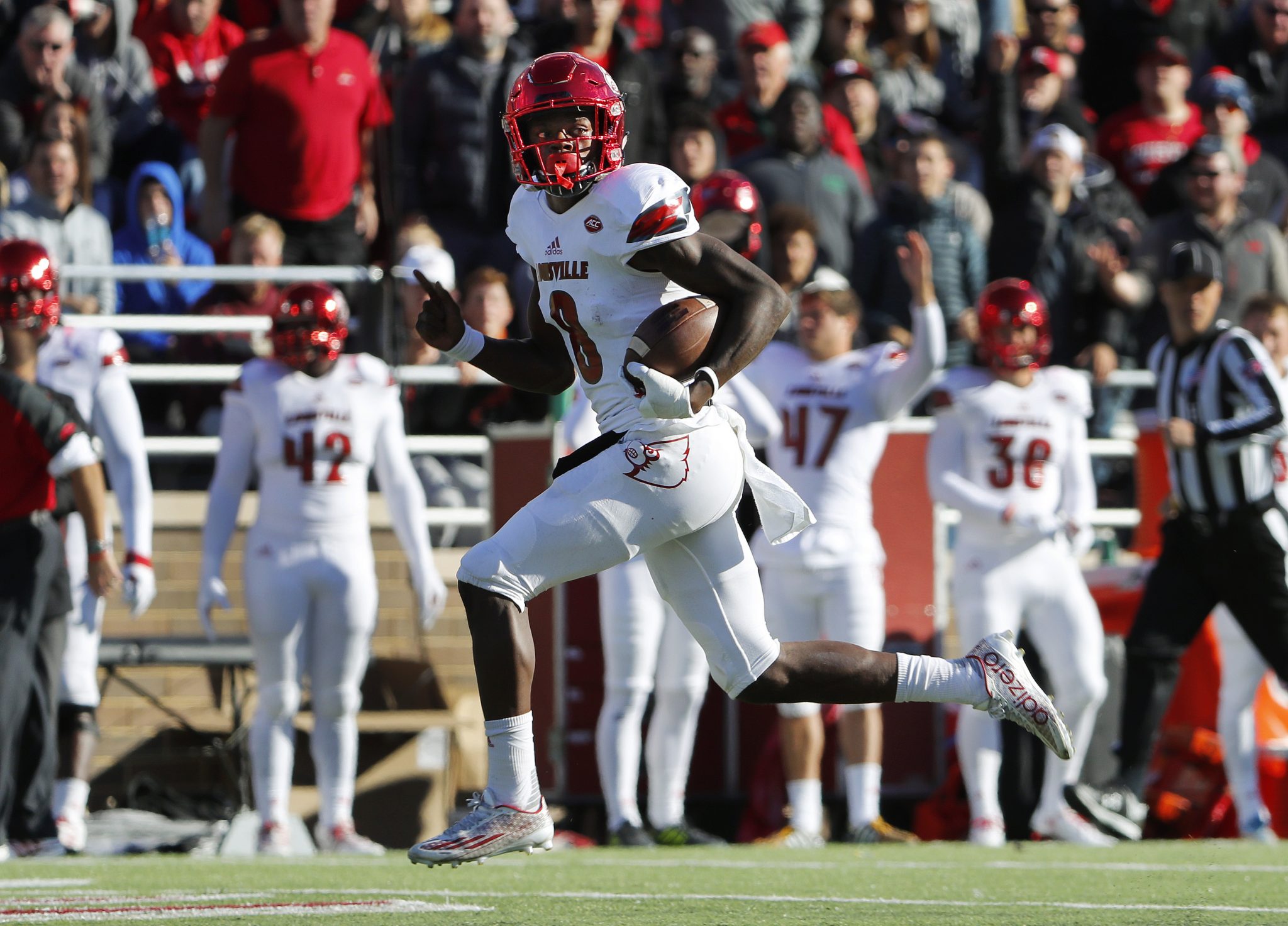 
There probably isn’t a more polarizing prospect this NFL Draft season than Lamar Jackson. Louisville’s 2016 Heisman Trophy winner hasn’t been in the spotlight at all leading up to the draft later this month, and he’s apparently been hard for teams to track down. So Jackson’s draft status is unclear at this point, but there is no question that wherever he goes, his dynamic running ability could be a huge asset in fantasy football.

These are the best potential fits for Jackson to make a huge year-one impact on the stat-sheet as a potential top-five fantasy quarterback. [Note: Last week, we went over the best fantasy fits for the quarterbacks in this year’s draft, with teams only being assigned once and a focus on long-term production. This article focuses on Jackson for 2018.]

The Dolphins have indicated they are really confident in Ryan Tannehill and his ability to lead the team, but Tannehill hasn’t played since 2016. Miami should be in a position to get Jackson with the 11th pick in the draft if they really like him, and if not there’s also a chance he’s there on Day 2. Adam Gase’s offense spreads the defense out and allows the quarterback to distribute the ball to receivers. With Kenny Stills, DeVante Parker, Danny Amendola, Albert Wilson, Kenyan Drake, Frank Gore, and Jakeem Grant all in the offense, it might be hard for defenses to contain all of them and Jackson as a dual threat. Lamar Jackson running a no-huddle offense that gets a lot of plays off could mean plenty of opportunities for fantasy gold.

A.J. McCarron might shine if given the opportunity to be the starter for an NFL team, but the Bills are clearly positioning themselves for a quarterback in this year’s draft. Bills GM Brandon Beane was with the Panthers as the Director of Football Operations when they drafted Cam Newton, so Lamar Jackson might be an option if Buffalo prefers Josh Allen and miss out on him. Teaming up in the backfield with LeSean McCoy could mean a potentially devastating zone-read attack, and all Jackson needs is a small crease to pick up huge yardage. It’ll be interesting to see what type of offense new OC Brian Daboll runs in his first year with the Bills, but he would probably utilize Jackson as a runner, which could lead to big numbers.

The Browns have said Tyrod Taylor will be the starting quarterback this season, but it would be foolish to totally rule out starting a rookie quarterback if he’s the best option on the team. In all likelihood, it’ll be Josh Allen or Sam Darnold with the first pick in the draft, but maybe the Browns like all the top quarterbacks enough that they select Saquon Barkley or Bradley Chubb first overall. Josh Gordon would provide a big-time threat on the outside, Jarvis Landry would be a great security blanket for a young quarterback. There’s also David Njoku, Corey Coleman, Carlos Hyde, Duke Johnson, and one of the league’s best offensive lines. If Lamar Jackson somehow ends up in Cleveland, it’s easy to picture him making gamebreaking plays every week—whether it’s through the air or with his legs.

At this point, most are assuming the Jets’ selection at No. 3 in the draft will be Josh Allen, Sam Darnold, Baker Mayfield, or Josh Rosen. But there have been some big-time surprises on draft day before (like the Bears selecting Mitchell Trubisky last year), so maybe the Jets really have their eye on Lamar Jackson. The great part about the Jets for a rookie quarterback is that Josh McCown and Teddy Bridgewater provide a great leadership presence in the QB room. It could be a straight up competition for the starting job, and Jackson might be an immediate fantasy superstar if he starts from Week 1. It’s worth noting Josh McCown was a solid fantasy option as the Jets’ starter last season, so Jackson would offer a lot of upside in what should be an improved offense in 2018.

Andy Dalton has been a consistent quarterback for the Bengals since being drafted with the 35th pick in 2011, but maybe Cincinnati wants to target Jackson as a backup quarterback after the departure of A.J. McCarron. The Bengals have some exciting weapons on offense, including A.J. Green, Joe Mixon, John Ross, and Tyler Eifert. Imagining that athletic offense with Lamar Jackson at the controls is exciting. Also, offensive coordinator Bill Lazor’s spread attack is simpler for quarterbacks but tough on opposing defenses.

Obviously, if Sam Bradford stays healthy then Lamar Jackson won’t be touching the field in Arizona this season. However, the team appears to be intrigued by the former Louisville star, and Bradford has had trouble staying on the field throughout his career. There might not be a better target for a rookie quarterback to have than Larry Fitzgerald, and David Johnson is an elite running back that would take pressure off Jackson. New Cardinals offensive coordinator Mike McCoy is one of the best offensive coaches in football and would help Jackson make the adjustment to the next level.