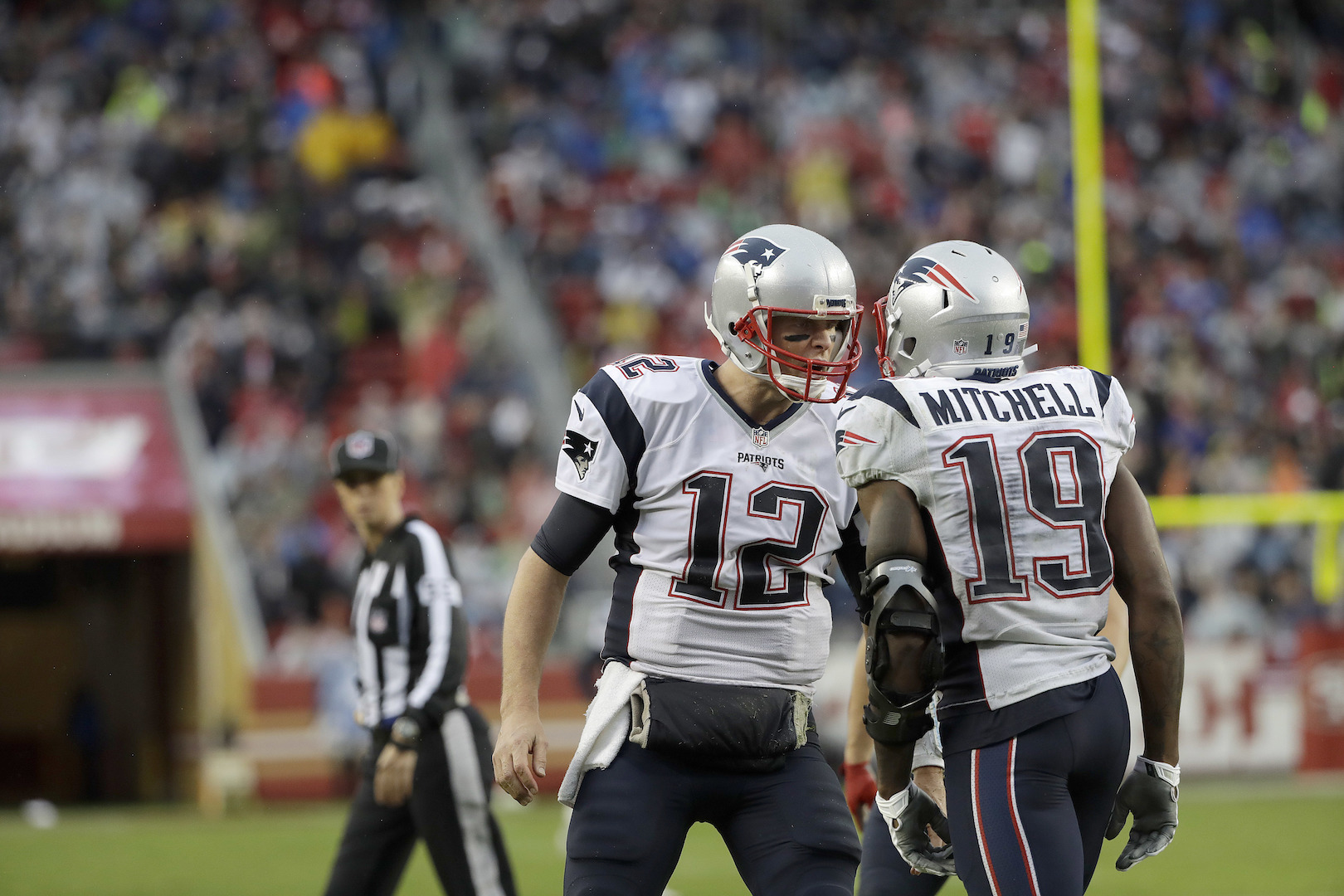 
Julian Edelman is officially suspended for violating the NFL’s performance-enhancing drug policy, so he’ll miss the first four games of the regular season. When he returns, he should have his usual big role as a reliable underneath and over-the-middle target for Tom Brady, but other guys will need to step up in his absence. The Patriots also lost Brandin Cooks in their trade with the Rams earlier this offseason, so there’s potential for someone to seize a huge role in one of the league’s best offenses early in the season.

Mitchell might be forgotten in New England’s receiving corps after he missed all of last season because of peculiar knee issues, but he was a trusted target as a rookie during the Pats’ Super Bowl run in 2016. If healthy, he’s a good bet for a nice role not just in Edelman’s absence, but for the entire season.

Labeling Edelman as just a “slot receiver” is wrong, but he does spend a lot of time in the slot—which is where Jordan Matthews has played for most of his first four NFL seasons. Edelman and Matthews are obviously different types of players, as Matthews is more of a big-bodied guy that runs mostly seams and deep routes across the middle to stretch the field. Matthews could draw a lot of attention on seam routes, which could take attention away from Rob Gronkowski screaming down the other side of the field, and vice versa. Health is also a question mark for Matthews.

Patterson has shown his home-run-play ability as a returner through his first five NFL seasons, but he’s never had a huge role on offense in Minnesota or Oakland. However, he has made a lot of his opportunities and proved to be a capable target at receiver, particularly the last two seasons. He’ll need to be precise on his routes with Tom Brady at quarterback, but if Bill Belichick and company unlock his potential, watch out.

After he was signed in December last season, Britt didn’t have a big role for the Patriots, which isn’t a surprise because of his late-season arrival. However, the team re-signed him to a two-year deal, perhaps indicating they liked what they saw last year and believe the six-foot-three target can become an impact player on the outside. Britt had 1,000 yards with the Rams in 2016, and he averaged 15.6 yards per reception for his career.

It’s possible Dorsett, a 2015 first-round pick, has a great showing in training camp and works his way into a similar role as the one Brandin Cooks had last season. Dorsett didn’t get much time behind Cooks and company in 2017, but he averaged 16.2 yards per reception on 12 receptions and made some big, clutch plays when called upon. He should at least have a role as a situational deep threat.

As a 2017 undrafted free agent, Hollister didn’t play in any games last season, but he spent the entire season on the practice squad. Hollister is six-foot-four with good speed, and the wide-open depth chart behind Chris Hogan means he’s likely to have as good an opportunity as anyone to step into a solid role on offense.

When Berrios was selected in the sixth round of this year’s draft, people saw him as a slot that could eventually have a big role in New England. With Edelman out to start the year, there’s a chance that time could come immediately. If Berrios is someone that quickly clicks with Brady, it might be tough to leave him off the field in Edelman’s absence.

Hogan is probably locked in as a starter to open the year, and he could be asked to play a lot of slot while Edelman is out. If not, he could still draw a lot of targets if he is the clear top target on the outside for New England. Right now, Hogan is the safest fantasy selection of the Patriot receivers.

Basically, the Patriots brought in so many talented receivers so that the best players will emerge in big roles. It’s currently difficult to predict the fantasy values, as a lot will be determined throughout the preseason. But with Edelman set to miss the first four games of the season, there are now a couple of starting roles up for grabs, which could potentially lead to some big fantasy performances early in the year.