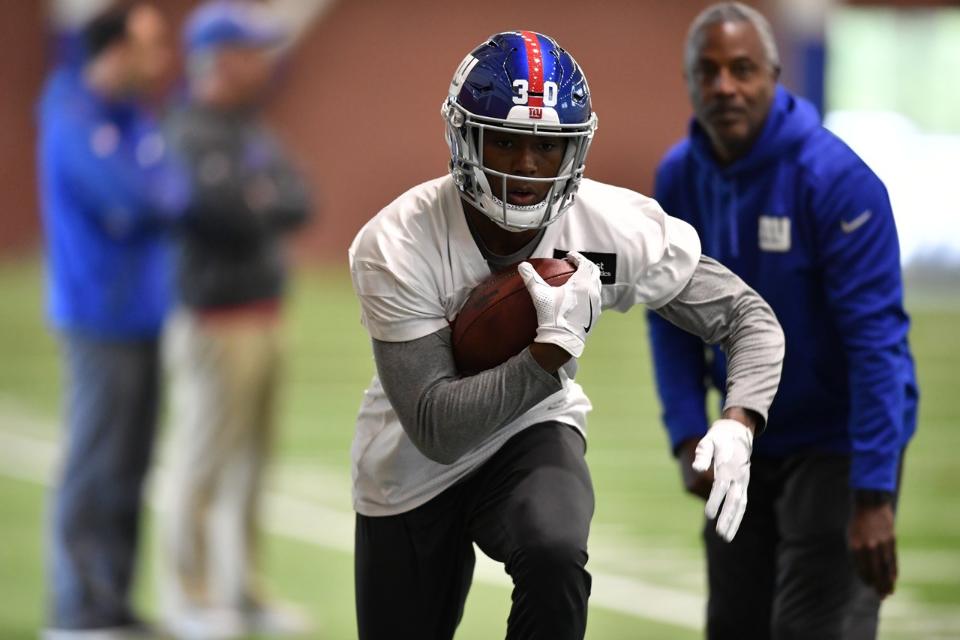 
Sleepers are difficult to find in fantasy football nowadays with everyone having access to seemingly-unlimited information. Many die-hard fans of the NFL who play fantasy football could probably name at least three running backs on every team because they want to be prepared to play the waiver wire should an injury occur. Finding the right guy to step up if given an opportunity—at any position—is the key, though. I have 15 “deep sleepers” for this season, and will cover the quarterbacks and running backs this week. [Note: for me, deep sleepers are considered outside the top-25 at quarterback, outside the top-70 at running back, outside the top-80 at wide receiver, and outside the top-35 at tight end, all using Fantasy Pros expert consensus rankings]

The Texans first-round pick hasn’t won the starting job, but he’s received rave reviews so far in camp. Houston likes Tom Savage, too, and could roll with him to start the season, but if Watson wins the job outright, there is no reason he can’t replicate the success of first-year starters like Cam Newton, Andrew Luck, Robert Griffin III, Russell Wilson, and most recently, Dak Prescott. All those guys are capable of running with the football to boost their fantasy value, and we know Watson excelled as a runner at Clemson. If he becomes the starter during the season, the 12th overall pick will likely be the #1 waiver wire pickup the following week.

A forgettable rookie season caused a lot of people to quickly jump off the Goff bandwagon, but I am still very high on him. Last year’s first-overall pick has all the tools you want in a franchise quarterback, and the hiring of Sean McVay should help him unlock his potential. The offensive line will be much better with Andrew Whitworth on Goff’s blindside, and McVay’s offense should be able to get guys open. Hopefully an easy first-month schedule will give the 22-year-old some confidence and allow him to carry it through the season.

Another signal-caller I liked from the 2016 NFL Draft is Cody Kessler. The Browns third-round pick was efficient in a talent-deficient offense in his rookie year, and he looks like the frontrunner for the starting job in 2017. Currently not even drafted in the top-32 fantasy quarterbacks, I think Kessler will shatter his current ranking if given the chance to run away with the job, and could potentially be used as a streaming option or bye-week replacement if the matchup is right.

Hood reportedly “turned heads of the offensive staff” at rookie minicamp this year, and he could be this year’s Thomas Rawls or Rob Kelley (Hood was drafted unlike them, but it was in the late-seventh round). Marshawn Lynch battled injuries in his final season with Seattle, and it’s impossible to predict how his body will hold up after sitting out for a year. Second-year backs Jalen Richard and DeAndre Washington should both have change-of-pace roles behind Lynch, but Hood could be next man up for early-down and short-yardage carries if Lynch goes down. That could mean fantasy gold behind Oakland’s offensive line.

Most people in the fantasy community are talking up Paul Perkins this summer, but I would put all my stock in Wayne Gallman. The rookie out of Clemson was a great value pick in the fourth round for the Giants, and he can be an immediate, three-down contributor for them. On a loaded offense with Odell Beckham Jr. and Brandon Marshall forcing safeties to stay honest, whoever wins the starting job for New York should get some room to run. I think Gallman is the superior player, and most of the time you should bet on talent over projected early-season role. Plus, since the Giants selected Gallman in the fourth round earlier this year, they have more invested in him than Perkins, who was a fifth-round pick in 2016.

It’s wise to listen to what coaches are saying during training camp—which is just one reason you should visit our site often to keep up with the up-to-the-minutes fantasy news—and Dayes is someone that Hue Jackson recently talked up. The seventh-round pick out of NC State could find himself in an even better situation than Elijah Hood should the starter get injured, as Dayes will have a similarly-elite offensive line and probably less competition for carries with Duke Johnson seeing time in the slot. If Isaiah Crowell goes down, Dayes could be a plug-and-play RB2.

Nicknamed the “human joystick,” Tarik Cohen is a better option in PPR leagues than standard leagues, but is definitely someone to watch this preseason. I’m not seeing a sophomore slump for Jordan Howard like many others seem to be predicting (he’s too good a player with a strong offensive line), and while Howard can catch the ball, there will still be work up for grabs behind him—and Cohen is the favorite. Chicago’s fourth-round pick is a vastly underrated PPR option if he is able to see a handful of catches each week.