WOLF SPORTS ALERT There may be temporary login issues due to site maintenance. Thank you for your patience!
Home / frontfantasy / Determining The Best Fantasy Fits For 2018 Draft Prospects: RB 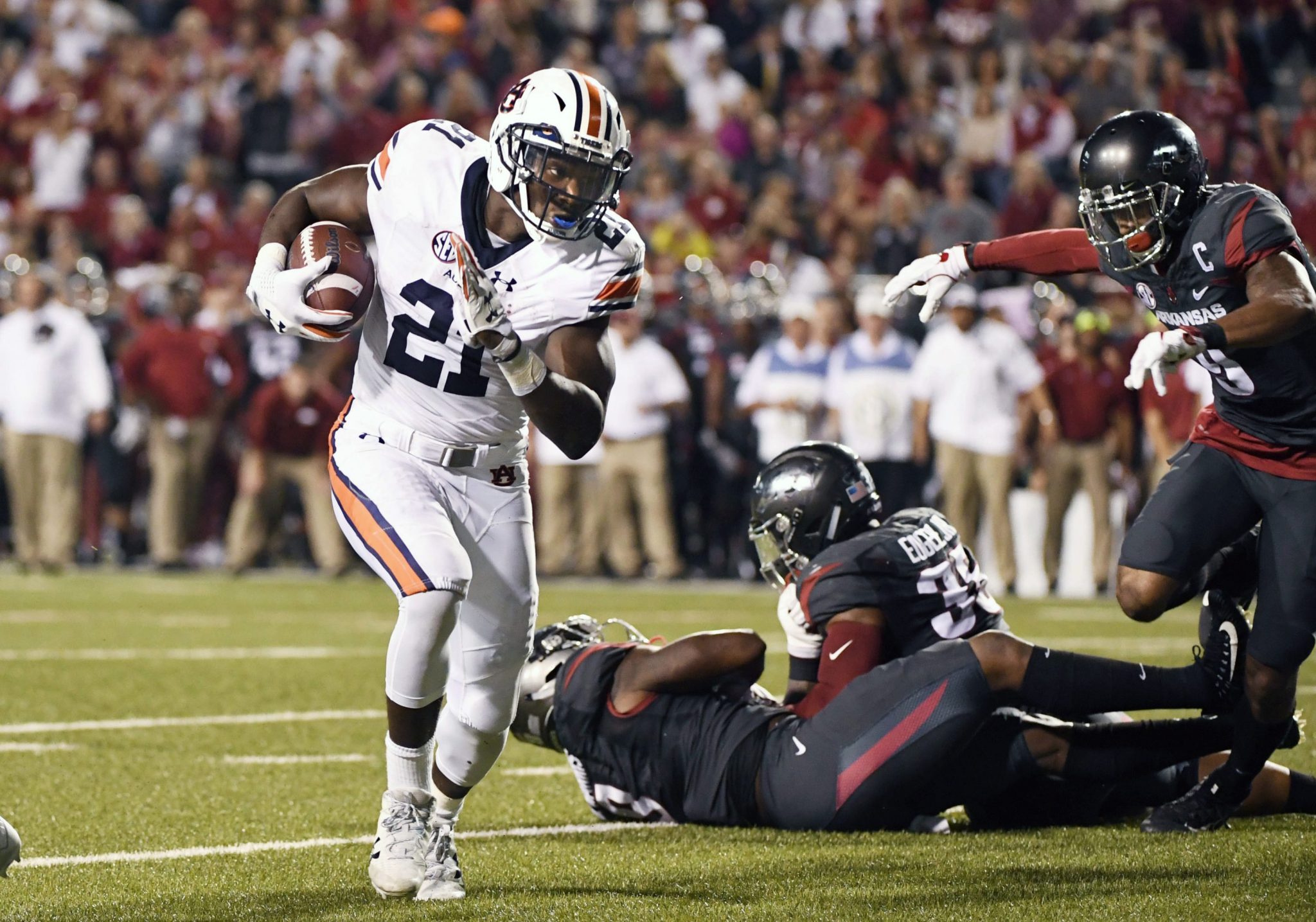 
We are less than three weeks away from the 2018 NFL Draft. Last week, I went through the best team fits for the top quarterback prospects, and now I’ll do the same for the running backs. The same rules apply, so no team will be used twice. [Note: this is for their entire careers, not just 2018]

Barkley is going to be a superstar wherever he winds up as long as five able-bodied offensive linemen are in front of him, but Pat Shurmur’s aggressive offensive attack is probably the most exciting fit. If Odell Beckham remains in New York, he and Saquon would be a nightmare duo for defensive coordinators. I was going to choose the Browns for Penn State product’s fit, but Hue Jackson might honestly find a way to mess it up.

Perhaps Samaje Perine will be the long-term answer for the Redskins, but Jay Gruden should have his sights set on Kerryon Johnson if the team wants to look for a backfield upgrade. Johnson is a physical, three-down runner that has shown the potential to be a Le’Veon-Bell-like receiving option at the next level.

It just feels like Chubb will end up with the Patriots and become a perennial 1,200-yard, 10-touchdown guy. New England has Rex Burkhead and Jeremy Hill as potential early-down options, but neither offers the upside that Nick Chubb—who has been compared to Terrell Davis—would in an offense led by Tom Brady.

The Browns already have Carlos Hyde and Duke Johnson on the roster, but Sony Michel is no stranger to splitting time with others and making the most of his touches. Plus, he could easily impress enough that the team moves on from the other two in 2019 to make Michel their featured back, and there would be plenty of room to operate in an offense with Josh Gordon, Corey Coleman, Jarvis Landry, and David Njoku catching passes.

The team with the biggest need at running back in the 2018 NFL Draft is probably Tampa Bay, as Peyton Barber currently sits atop the depth chart with Jacquizz Rodgers behind him. Derrius Guice seems like a perfect fit for the franchise, as he would bring some toughness and the ability to carry the load—which would hopefully lead to some lofty fantasy numbers.

Jones could step right into Detroit’s backfield and operate as the “lightning” to LeGarrette Blount’s ‘thunder,” which is probably the ideal situation for the former USC star as he gets comfortable against NFL speed. Still just 20-years-old, Jones could offer FLEX value with the Lions on limited touches as a rookie before contributing more down the line with a larger workload.

There aren’t a lot of people in the fantasy community talking about Hines, but he will be a hot name if he gets drafted into a good situation and makes some highlight plays in the preseason (I expect he will). In Seattle, he and Russell Wilson would be a frightening thought on the field together when the play breaks down, and Hines’ speed could offset some issues on the offensive line with quick passes.