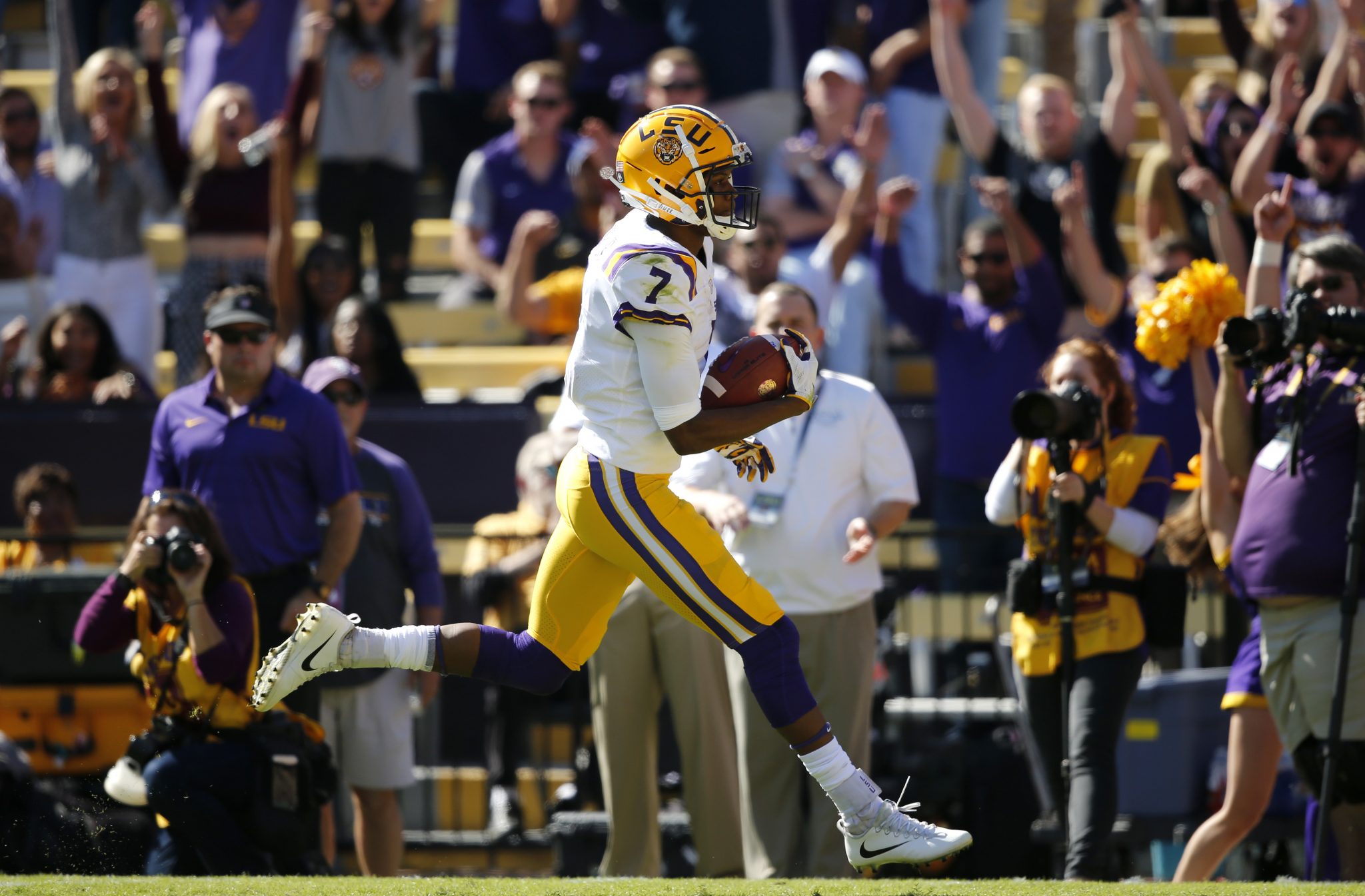 
Over the past two weeks, I’ve gone through the best fantasy fits for the top quarterback and running back prospects, so now it’s time to pick the best team fits for the wideouts. A lot of teams have a need at wide receiver, so no team will be used twice. [Note: this is for their entire careers, not just 2018]

It’s easy to imagine Russell Wilson scrambling and finding Christian Kirk in a soft spot of the defense at the next level, as Seattle needs the explosiveness that the Texas A&M product brings to the table. People might think that Kirk wouldn’t be a fit because Doug Baldwin plays the slot for them, but the Seahawks brass clearly disagrees if the interest shown in him is any indication. I also disagree; Kirk can be a star on the outside.

Dez Bryant’s release creates a significant hole on the depth chart for Dallas, and they could draft a wide receiver as high as 19th overall in a couple weeks. I think Ridley is ready-made to fill the void as a perfect fit with Dak Prescott, because the Cowboys quarterback likes to see his receivers create separation (Ridley’s calling card) rather than having to throw it up to have them make a play (Dez’s calling card). Ridley is basically the opposite of Bryant, and I think that plays to Prescott’s strengths.

The Bills definitely need a wideout that can get deep to pair with Kelvin Benjamin on the other side, but it’s still unclear who their quarterback will be. If they are able to trade up for Josh Allen or stay put for Mason Rudolph, then Washington would almost certainly thrive in a big-play role for an offensive attack that relies heavilty on play-action passes.

Moore probably fits best at the next level in a role that will allow him to play close to the line of scrimmage similar to Golden Tate with Detroit, and that could happen in New York. The Jets need offense any way they can get it, and throwing short passes to the game-breaking Moore sounds like a good plan, especially if they draft Baker Mayfield, which many expect to be the case.

This is perhaps the easiest fit on the list, as Courtland Sutton could step in right alongside T.Y. Hilton and provide a great red-zone threat for a hopefully-healthy Andrew Luck. Sutton would immediately have double-digit touchdown potential in the Colts offense, and Luck is a great enough player that 1,000 yards should be in reach, too, even with T.Y. putting up numbers of his own.

Miller will be extremely difficult to defend if he is drafted to a situation with a top-end quarterback that can throw with accuracy and timing, which is exactly what Marcus Mariota can do. The Titans wanted Corey Davis to be a dominant option for Mariota when they drafted him fifth overall last year, but Miller might actually be a better player and fit—and there’s a chance he’s available in the second round.

Remember when Michael Floyd was an emerging star for Arizona a few years ago? Well, Marcell Ateman almost looks like a clone of the former first-round pick, and he could fill a big need on the perimeter for the Cardinals as soon as this season. If Sam Bradford stays healthy, receivers will be putting up numbers in the desert, so this would be a good spot for Ateman.

Simmie Cobbs is a big-bodied target on the perimeter that has a huge catch radius and can make in-air adjustments. The Packers already have Davante Adams and Jimmy Graham, but why not add another jump-ball winner to the mix? I think Cobbs could somewhat offset what I believe was a mistake in releasing Jordy Nelson, and he would get some favorable coverage on a team with Aaron Rodgers throwing the ball. That’s not a bad opportunity to produce fantasy numbers.

If anyone is looking for a souped-up Ted Ginn on the perimeter, they should look no further than D.J. Chark. Carolina is probably towards the top of the list for speed on the outside to open things up for Christian McCaffrey and Curtis Samuel, and Cam Newton would have a difficult time overthrowing a guy who ran a 4.34 40-yard dash.

Hamilton should be ready to contribute immediately from the slot at the next level, and if Denver is trying to replicate the success Case Keenum had last season with the Vikings, they should get another weapon between Demaryius Thomas and Emmanuel Sanders. Hamilton simply knows how to get open, and he could quickly become a favorite of Case Keenum’s.