WOLF SPORTS ALERT There may be temporary login issues due to site maintenance. Thank you for your patience!
Home / frontfantasy / Early 2019 Fantasy Football Dynasty Rankings: Quarterback 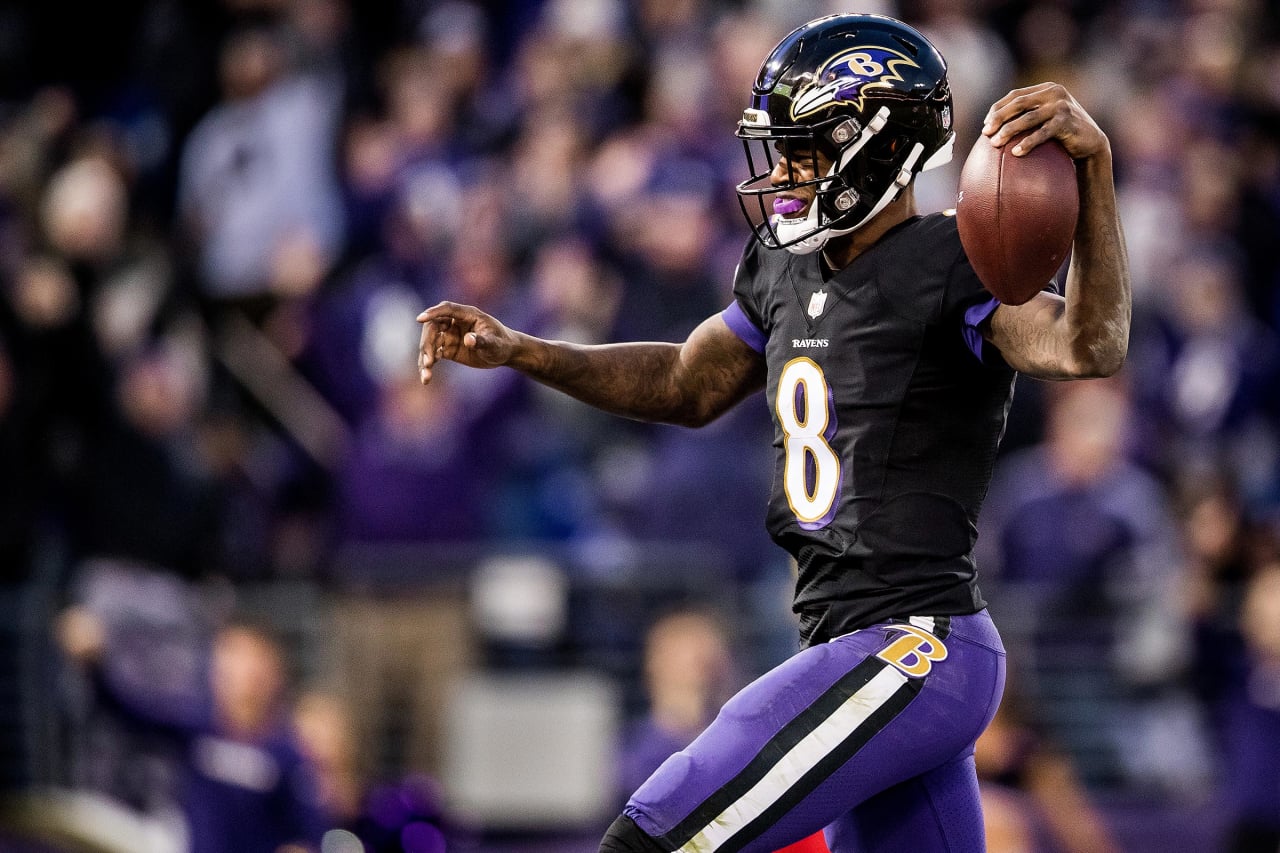 
Fantasy football redraft leagues won’t get started up again until the summer, but as dynasty owners know, the season never stops for them. Over the next four alternating weeks, I will rank the top dynasty players by position (QB, RB, WR, TE) to hopefully help bring you success in 2019 and beyond (so, to be clear, this is a multi-year ranking). Keep in mind that there is quite a bit of projecting here based on free agency and the draft. [Note: age at the start of the 2019 season is listed in parenthesis]

Coming off a 50-touchdown season in his first year as the starter, Patrick Mahomes is undoubtedly the top fantasy quarterback in both dynasty and redraft leagues. Some might want to play devil’s advocate so their analysis stands out over the next several months, but it’s difficult to see any significant regression coming for Mahomes as he gets his whole supporting cast back in their primes (hopefully including Sammy Watkins for 16 healthy games, which is a scary thought). In Andy Reid’s offense, the floor here is probably 4,500+ yards and 35+ touchdowns through the air, and Mahomes is a definite threat to improve on his 272 rushing yards and two rushing touchdowns from last season.

Kansas City’s dual-threat superstar ended up blowing away the field, but I think Andrew Luck deserved serious MVP consideration for his 2018 campaign. The Stanford product overcame rust, a banged-up T.Y. Hilton, and a rotating group of No. 2 and No. 3 wideouts to be a top-five fantasy quarterback in the first year of a new offensive system, so he should be even better next season. I think now is the time to buy Luck before general manager Chris Ballard is able to add a big-bodied compliment to Hilton in what looks like a strong draft class, especially considering Indianapolis has three top-60 picks to work with.

As alluded to multiple times in my Super Bowl LIII breakdown, it would have been a completely different game if Cooper Kupp (knee) was healthy for the Rams, as their young quarterback was missing his most trusted target. In the regular season, Jared Goff threw for 313.4 yards per game with a 22:6 touchdown-interception ratio in ten games when Kupp was in the lineup—compared to just 259.0 yards per game with a 10:6 touchdown-interception ratio in six games without Kupp. Next year, Goff should come out determined to silence the critics and will have a real shot at reaching the pace of 5,014 yards and 35 touchdowns with Kupp in the lineup; only fools believe Los Angeles will move on from their franchise quarterback at some point, so he’s locked-in as an elite fantasy player under Sean McVay.

In what was perhaps the quietest QB2 finish in fantasy history last season, Matt Ryan completed 69.4% of his passes for 4,924 yards, 35 touchdowns, and seven interceptions. In his 2016 NFL MVP campaign, Ryan completed just 0.5% more of his passes for 20 more passing yards, and he actually had the same number of total touchdowns thanks to three rushing scores this year. Not bad for a guy that many believe is overrated, and Matty Ice will now get a familiar face back at offensive coordinator as Dirk Koetter—who ran the offense from 2012 to 2014—returns to Atlanta. In the prime of his career with one of the best receiving corps in the league at his disposal, Ryan is being severely undervalued and should have multiple seasons of big-time production left for the Falcons and fantasy owners.

Other than the “haters” that won’t have their opinions changed no matter what happens, does anyone believe Tom Brady will slow down coming off his sixth Super Bowl victory? The greatest quarterback of all-time maintains that playing until he’s 45 is the goal, so that should mean four more years of TB12 potentially leading your fantasy team. It’s always important to look to the future, but like the Patriots, there is still plenty of time to find a succession plan at quarterback. While Brady wasn’t at his best in the regular season, New England is expected to revamp their weapons on the outside, which might include Josh Gordon (if he is reinstated) and a Day 1 or Day 2 rookie. Plus, Julian Edelman doesn’t look like he’s slowing down anytime soon, and a rejuvenated Rob Gronkowski sounds more open to returning for another season following a couple clutch performances to close out their championship run.

Speaking of upgraded supporting casts, Josh Allen showed stretches of dominance as a rookie despite playing behind the league’s worst offensive line with undrafted rookie Robert Foster, unproven 23-year-old Zay Jones, and midseason acquisition Isaiah McKenzie being his top three receivers. This offseason, priority No. 1 for the Bills will be adding pieces around Allen, who was the top fantasy quarterback over the final six games of 2018 following his return from an elbow injury (his 23.9 fantasy points per game over that span would have made him the second-highest overall scorer of the year behind just Patrick Mahomes). Two perfect prospects for Buffalo would be Iowa tight end Noah Fant  (six-foot-five) and Iowa State wide receiver Hakeem Butler (six-foot-six) if they are available on Day 2 as many project. The running is what really makes Allen special as a fantasy option, though, and there is no reason to expect he will slow down in 2019.

Perhaps the biggest mystery in the rankings right now, Aaron Rodgers will have a new coach for the first time in his career with Matt LaFleur replacing Mike McCarthy, and he’s coming off a season in which his play unquestionably declined. Still, we know the arm talent hasn’t gone anywhere, and Green Bay will hopefully add some pieces to energize an aging Rodgers after the rookie trio of Marquez Valdes-Scantling, Equanimeous St. Brown, and J’Mon Moore failed to have sustained success in 2018. If the Packers are able to add a dynamic speedster like Oklahoma’s Marquise “Hollywood” Brown in the draft for example, then Rodgers will likely get a big boost and could be as high as the No. 2 fantasy quarterback for 2019 and beyond.

Deshaun Watson has a 45:17 touchdown-interception ratio to begin his career as one of the game’s top young passers, and he won’t turn 24 until after next year’s season opener. The former first-round pick threw seven interceptions over his first six games in 2018 (and his sub-par play matched the disappointing numbers), but he settled in after that with just two picks the rest of the way to get Houston a division crown. I expect the Texans to be much improved along the offensive line come the fall, and the emerging trio of DeAndre Hopkins, Will Fuller, and Keke Coutee provides plenty of firepower and will get to grow with Watson over the next few years.

It will be interesting to see what Baltimore does to help out Lamar Jackson this offseason, as Michael Crabtree is thought to be a candidate for release, while John Brown doesn’t seem particularly likely to re-sign after understandable disappointment about becoming less of a factor when Joe Flacco was replaced in the lineup. Much of Jackson’s fantasy production came from his dynamic rushing ability, but he needs to improve as a passer; coming out of Louisville, I thought he would be much more advanced—even in his rookie year—than he was in the passing game, so maybe things will slow down for him following a full offseason as the starter. Optimistically, Jackson showed a good connection with tight end Mark Andrews in 2018, so we’ll see if the Ravens can continue catering the offense around their dynamic quarterback while also adding better stylistic fits at receiver.

This might seem high for a 37-year-old signal-caller that might be losing one of the best receivers of all-time (Antonio Brown), but the Steelers have withstood turnover at the position better than anyone. Of course, JuJu Smith-Schuster is more than capable of being a high-end WR1, and I also have a ton of confidence in 2017 second-round pick James Washington making a leap next year. If Ben Roethlisberger’s play doesn’t fall off a cliff—and we shouldn’t expect it to after a career-high in passing yards (5,129) and passing touchdowns (34)—he should have at least a couple more years at the top of his game. Even if Big Ben doesn’t have a repeat 5,000-yard campaign (and chances are he won’t), I think he will be more efficient in a spread-it-out attack that isn’t worried about getting Brown his numbers.

Seattle going back to an old-school, ground-and-pound offense in 2018 led to a somewhat disappointing fantasy season for those who invested a mid-round pick in Russell Wilson, and it’s fair to wonder if the days of him being an elite fantasy contributor are finished. Not only does the former Super Bowl-winning quarterback turn 31 in November, but he will also see his favorite target—Doug Baldwin, who has seen in numbers decline in back-to-back seasons—turn the same age a couple months before him. Wilson will probably need to continue paying dividends with premium production in the red zone, but his steadiness along with an opportunity for Seattle to add a downfield possession receiver through the draft keeps him as a borderline top-12 option in dynasty leagues.

Last season, we saw Baker Mayfield extend plays in the NFL similar to what he was able to do at Oklahoma, but from a fantasy perspective, he is comfortably behind Josh Allen and Lamar Jackson in the 2018 class right now because he doesn’t have the same upside as a runner. That said, last year’s No. 1 overall pick certainly has the confidence, arm talent, and supporting cast to build on a record-breaking, tone-setting rookie season, and the only real concern is promoted head coach Freddie Kitchens possibly not being ready for the lead gig. I have Mayfield here under the assumption Cleveland adds a potential star receiver on the outside to compliment Jarvis Landry and David Njoku.

These positional dynasty rankings are limited to a top 12, but for extended, in-depth advice that you won’t find anywhere else, get Fantasy Consigliere now… It’s an offer you can’t refuse.