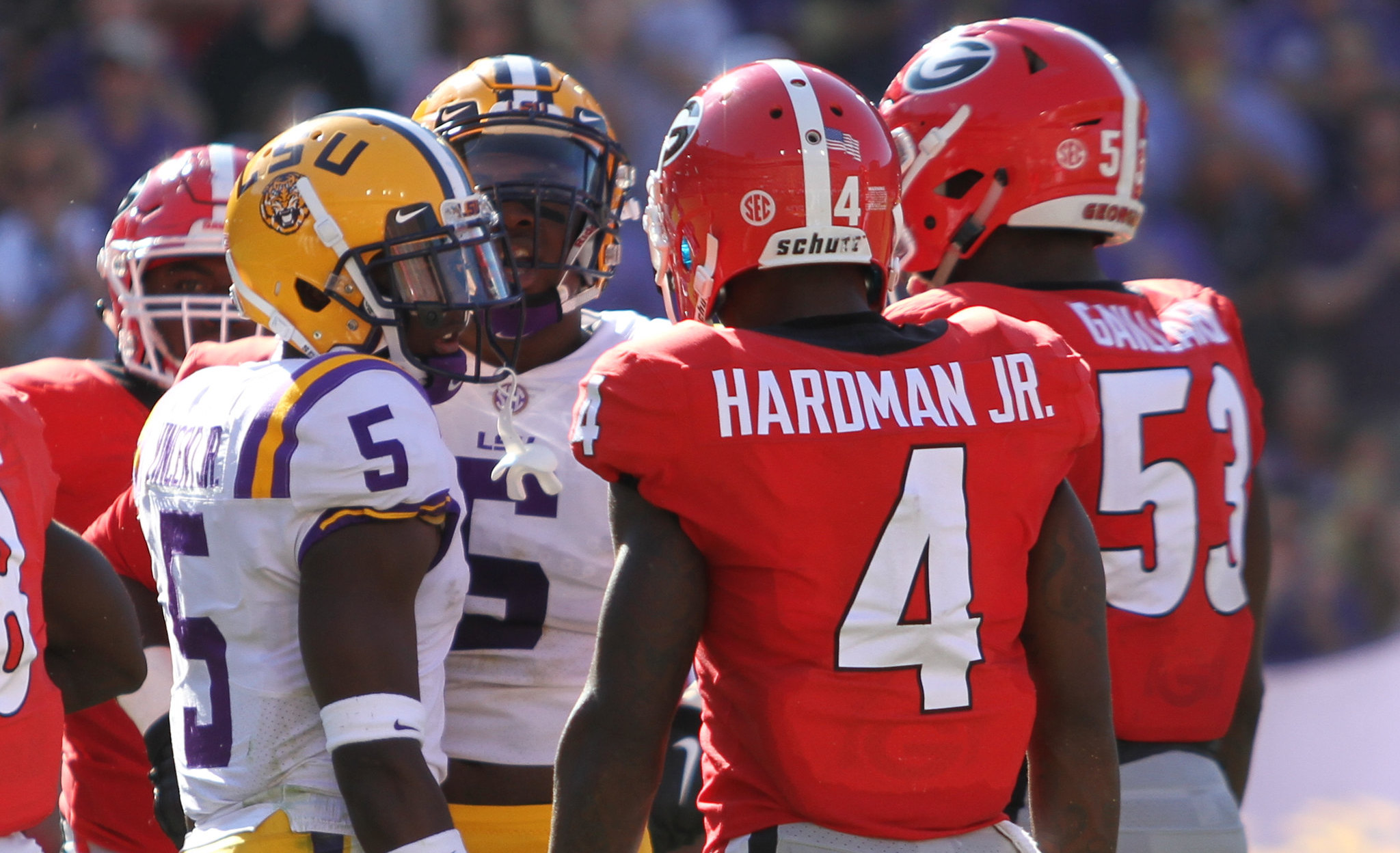 After an early look at rookie quarterback and running backs, it’s time for early 2019 projections for rookie receivers and tight ends. Keep in mind that it’s only May, so things should get clearer between now and the start of the season.

The Ravens were able to trade back a few spots with the Eagles and still get their guy—Marquise “Hollywood” Brown—as the first receiver selected in this year’s draft. Baltimore added a bunch of speed to complement their power rushing attack and dynamic second-year quarterback Lamar Jackson, and Brown will be the leader in the receiving corps. However, Jackson might still spread the ball around in what could be a low-volume passing attack, so Brown will likely need to deliver chunk plays for top-20 fantasy value as a rookie.

The other receiver selected in the first round this year lands in about the best spot possible, as Arizona State’s N’Keal Harry will catch passes from Tom Brady in New England. Predicting what the Patriots offense will look like is a challenge, but the team probably has big plans for Harry in the red zone, where they will be missing All-Pro tight end Rob Gronkowski. Harry’s Year 1 success will likely come down to how quickly he picks up the offense and gains the trust of his quarterback.

Like Deebo Samuel this year, the Niners also selected Dante Pettis in the second-round of last year’s draft, so it’s unclear which player will be the team’s No. 1 receiver in 2019. San Francisco thinks Samuel was the most pro-ready receiver in the 2019 draft class, so he’s a good bet to have a sizable role on the outside in Kyle Shanahan’s offense while star tight end George Kittle does damage over the middle.

While the Niners are high on Samuel, A.J. Brown is arguably the most pro-ready rookie receiver, and he should work his way into a clear starter in three-receiver sets along with Corey Davis and Adam Humphries with the Titans. Brown is coming off back-to-back seasons of 75+ receptions and 1,250+ yards at Ole Miss, and he’ll have a chance to put up strong numbers if he draws consistent targets from Marcus Mariota.

All these wide receivers are promising players that landed in spots that fit them, but Mecole Hardman clearly offers the most 2019 fantasy upside. The second-round pick from Georgia was seemingly taken as a direct replacement for troubled All-Pro receiver Tyreek Hill, and he’ll get the opportunity to play with league MVP Patrick Mahomes in Kansas City. Hardman’s development as a route runner will be huge for the Chiefs in 2019.

An experienced player that got better every season for Ohio State, Parris Campbell figures to be inserted right into the Colts offense as a top-three wide receiver with T.Y. Hilton and Devin Funchess. Campbell set the single-season receptions record for the Buckeyes as a senior, with 90 catches, but he has the 4.3 wheels to stretch the defense and take advantage of teams doubling Hilton. Look for Campbell to be mostly involved on drags and go routes while benefiting from playing with Andrew Luck as a rookie.

If Doug Baldwin retires, which appears likely at this point, D.K. Metcalf could be asked to immediately step into a key role in Seattle’s offense. If so, there should be optimism about his ability to put up strong numbers as a rookie. The overall negativity on Metcalf’s game has probably gone a bit too far, especially with the talk about his college numbers from last season when he played in just seven games because of a neck injury. Russell Wilson has one of the best deep balls in football, and he trusts his receivers to make plays—something that could lead to a lot of them from the superhero-like Metcalf in 2019 and in the years to come. But Wilson probably isn’t going to push for 4,500-5,000 passing yards in the Seahawks offense as currently constructed, so Metcalf might be better for his real team than he will for fantasy teams this season.

The Lions are going to expect instant production from T.J. Hockenson, as they used a top-ten pick on the tight end position for more than just another plus run blocker. Hockenson must contend with receivers Marvin Jones Jr., Kenny Golladay, Danny Amendola—and running backs Kerryon Johnson and Theo Riddick—for targets, though, so don’t expect him to be the immediate focus for Matthew Stafford, who has never targeted his tight ends heavily.

Broncos quarterback Joe Flacco does like to target his tight ends, so fellow Iowa first-rounder Noah Fant could put up great numbers as a rookie. Fant had 18 combined touchdowns in his final two college seasons, and he could certainly catch several touchdowns in his first NFL season. However, Denver is expected to run the ball a lot, and there are receivers that’ll probably get most of Flacco’s attention over a rookie tight end.