WOLF SPORTS ALERT There may be temporary bugs due to site performance upgrades. Thank you for your patience!
Home / frontfantasy / Early Fantasy Outlook At Some Potential Impact Rookies 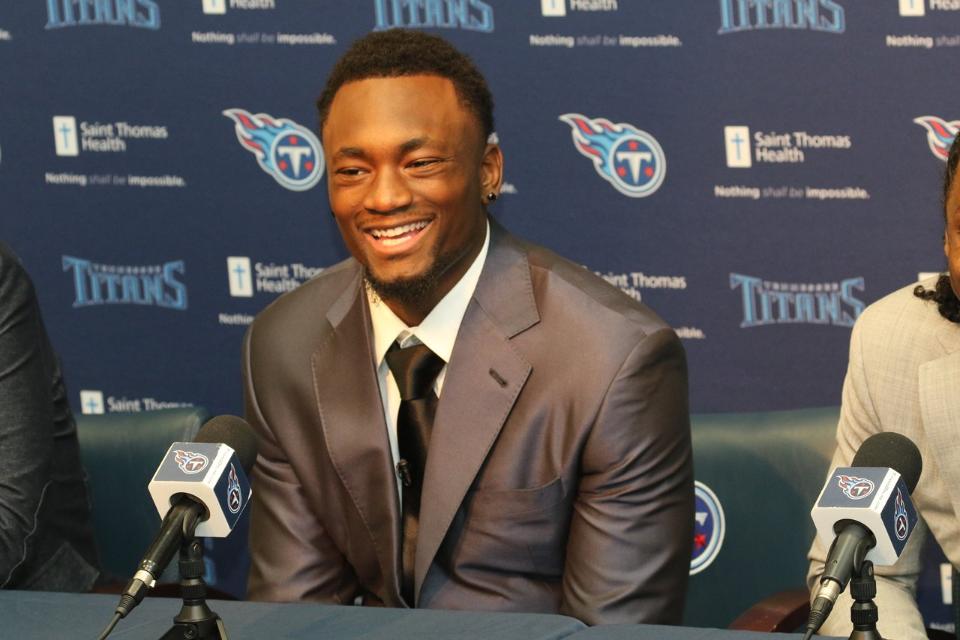 
With the NFL Draft over and rookies finally signing their contracts, we can start looking forward to our favorite time of the year. Let’s get a head start on the fantasy football season, with some great steals for your drafts later this summer.

It’s always a risk to take a rookie receiver your fantasy draft since most can be taken in free agency in the early weeks of the season. However, Corey Davis might be this year’s exception. Playing with a up-and-coming elite quarterback in Mariota, the Titans have drafted their new number one receiver. Davis will fit in perfectly to this offense and will give Mariota a new high volume target. Considering the Titan’s red zone efficiency from last season, Davis will garner a lot of targets. PPR leagues will love a receiver that has shown a propensity for toughness and college productivity with lots of catches and yardage. With enough distraction on the Titans offense with Delanie Walker and DeMarco Murray, defenses will struggle covering another big playmaker.

Dynamic playmaking ability and elite talent, Howard was poised to be a disruptive force on any team in the league. But, Howard going to the Bucs makes him even more threatening. Tampa surrounded third year quarterback Jameis Winston with big-time weapons. Mike Evans and DeSean Jackson will now start at receiver with Cameron Brate starting at tight end across from Howard. Howard will create mismatches for teams that will have to default to linebackers and safeties match ups. Howard is too big to be guarded by safeties and too speedy and physical to be covered by safeties. Howard’s size will also give the Buccaneers another red zone target. Howard has the potential of being among the best tight ends in the league next year. Given all the talent at tight end in the league, keep an eye on Howard in the later rounds for a potential steal.

Even with running backs Fournette and McCaffrey in the draft class, Dalvin Cook is poised to be a breakout star. Potentially taking over AD’s spot on the roster, Cook will be getting a lot of touches for a Vikings team that will want to commit more to the run with an improved offensive line. With the better o-line, Cook can showcase his brilliant speed and elusiveness, like he did at FSU. Vikings are fortunate that Cook fell all the way to them in the second round. This highly productive back in college has the ability to match his stats in the NFL. The Vikings were in dire need of another playmaker to go with guys like Stefon Diggs, and Cook—a workhorse-type running back—is among the players they brought in to help out on offense.

Landing in Carolina is an intriguing spot for McCaffrey. The versatile running back is going into a run heavy situation. McCaffrey has the ability to play in the backfield or play receiver in the slot. With Jonathan Stewart’s career on the back end, McCaffrey will see the most snaps in this offense. Cam Newton will get a dynamic player that will be getting a lot of touches and take some pressure off. Likewise, McCaffrey can even create mayhem in special teams if the Panthers choose to do so. McCaffrey might be gone early in your fantasy draft, similar to the NFL draft, but if he drops to the middle rounds, he’d very likely be worth the selection.