WOLF SPORTS ALERT There may be temporary login issues due to site maintenance. Thank you for your patience!
Home / frontfantasy / ESPN Continues Incompetence By Eliminating Fantasy Football Offline Draft App 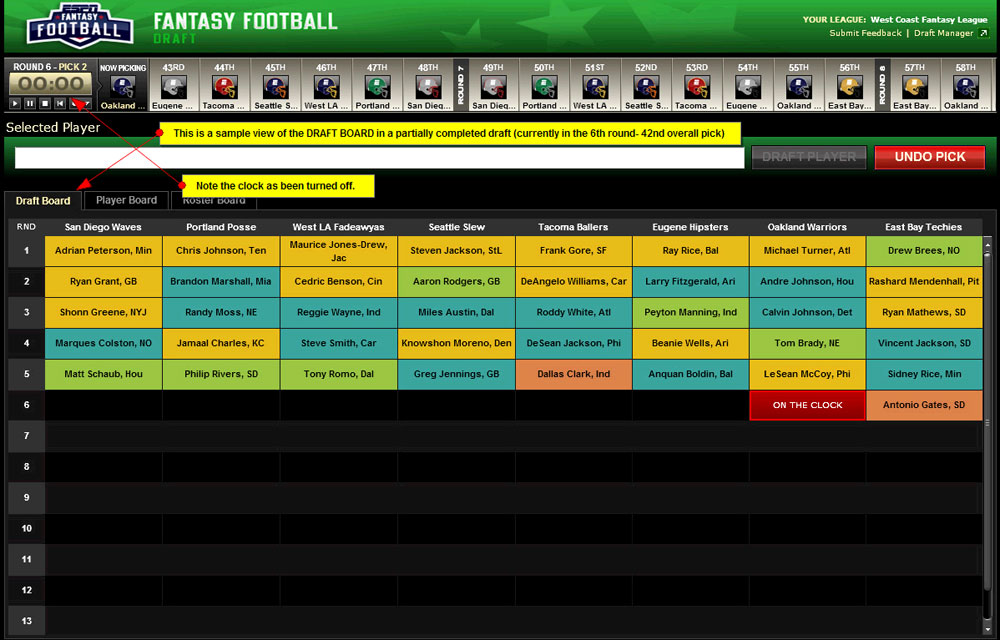 
[2019 UPDATE: A Fantasy Consigliere subscription now gives access to Excel spreadsheets (and many more features including top-five draft rankings from last season) to help you run your draft seamlessly offline.]

The declining interest in ESPN is real. Some might deny it, but if you talk to everyday people, many have stopped watching the network entirely. Despite this, ESPN remains the most popular site when it comes to hosting fantasy football leagues.

However, there have been some major issues during the years with ESPN’s fantasy football hosting. The entire box scores have crashed for large stretches. There was not a schedule randomization option for years (though schedules can now be randomized with a trick: check and uncheck the “Randomize Schedule” option, and it usually works). And the addition of ads on the FantasyCast has enraged users.

This year, another big issue has suddenly popped up for many of those hosting their fantasy football leagues on ESPN.

The popular Offline Draft App has been discontinued.

For those unaware, ESPN’s Offline Draft App was a tool that allowed league commissioners to work a virtual draft board on their computer or laptop, with options like a draft-pick timer, pausing the draft, and undoing picks.

There was a player board (with all the available players), a roster board (showing each team’s squad), and a draft summary just like the normal draft boards many people buy each year. Basically, it was like the traditional cardboard draft board with stickers, but it had supped-up options, making things easy on everyone. Internet connection wasn’t even necessary, and league commissioners could upload the draft results instantly when the draft was completed (or when they got internet connection).

But like a mid-night robbery, ESPN took away what is arguably their best feature without telling anyone. Those that have held early drafts and were planning on using the Offline Draft App—which they might have done for the last few years—were in for an unpleasant surprise on draft day.

A quick search on Twitter shows a few cases of what people are dealing with.

@ESPNFANSUPPORT I am trying to run our fantasy draft today, but the link for the offline draft app does not allow you to download it…Is there something I am missing?

@MatthewBerryTMR , why did ESPN take their Fantasy Football app for offline back 10 years by eliminting the draft board by having the Commish manually enter each teams pick by alphabet. That's 12 teams x 15 rounds. I will be done with ESPN this year

@ESPNFantasy where is your draft app? Your link is broken! We draft offline tonight

@MatthewBerryTMR I’m really disappointed to find out that ESPN no longer offers the offline draft app. Our league has been using this for YEARS. We may move our league to https://t.co/Leahy6FJYO or yahoo because of it

Despite these complaints earlier in the month, ESPN did not make any announcement to league commissioners or anyone else that plays ESPN Fantasy Football, instead opting to tell people after they find out about the issue themselves.

@ESPNFantasy bad move getting rid of the offline fantasy draft app from your site for our fantasy leagues. You still have the links up but support center said "offline draft app no longer supported" . WTF bad move #ESPN! #FantasyFootball

@MatthewBerryTMR @Espn Getting rid of the offline draft app was highly inconvenient last night @ our draft. Not everyone wants to draft live

@ESPNFANSUPPORT what on earth is wrong with your web site and the offline draft tools? Nothing works. We've tried every browser and nothing works.

@MatthewBerryTMR what happened to the Offline Draft App on ESPN?!

@FieldYates Any chance you can use your pull at ESPN to have the offline draft app reinstated? It caused quite an issue this weekend when we went to get our draft started and it wasn't offered any longer. Being the League manager I thought I would at least get some notification.

@MatthewBerryTMR is there a particular reason @ESPNFantasy hates commissioners? Getting rid of the offline draft app was a horrible idea. The web tool is horrible. Thanks for nothing.

There are more complaints, with users using stronger language to display their displeasure.

I feel so bad for those that had no idea ESPN was planning on discontinuing the feature, especially the league commissioners that were then put in a tough position trying to run their draft. The elimination of the Offline Draft App again displays the incompetence of leadership at ESPN. It’s one thing to get rid of the Offline Draft App, but it’s another thing to do it without telling your millions of users.

And it shows how out of touch ESPN is, which has been the case for a while now.