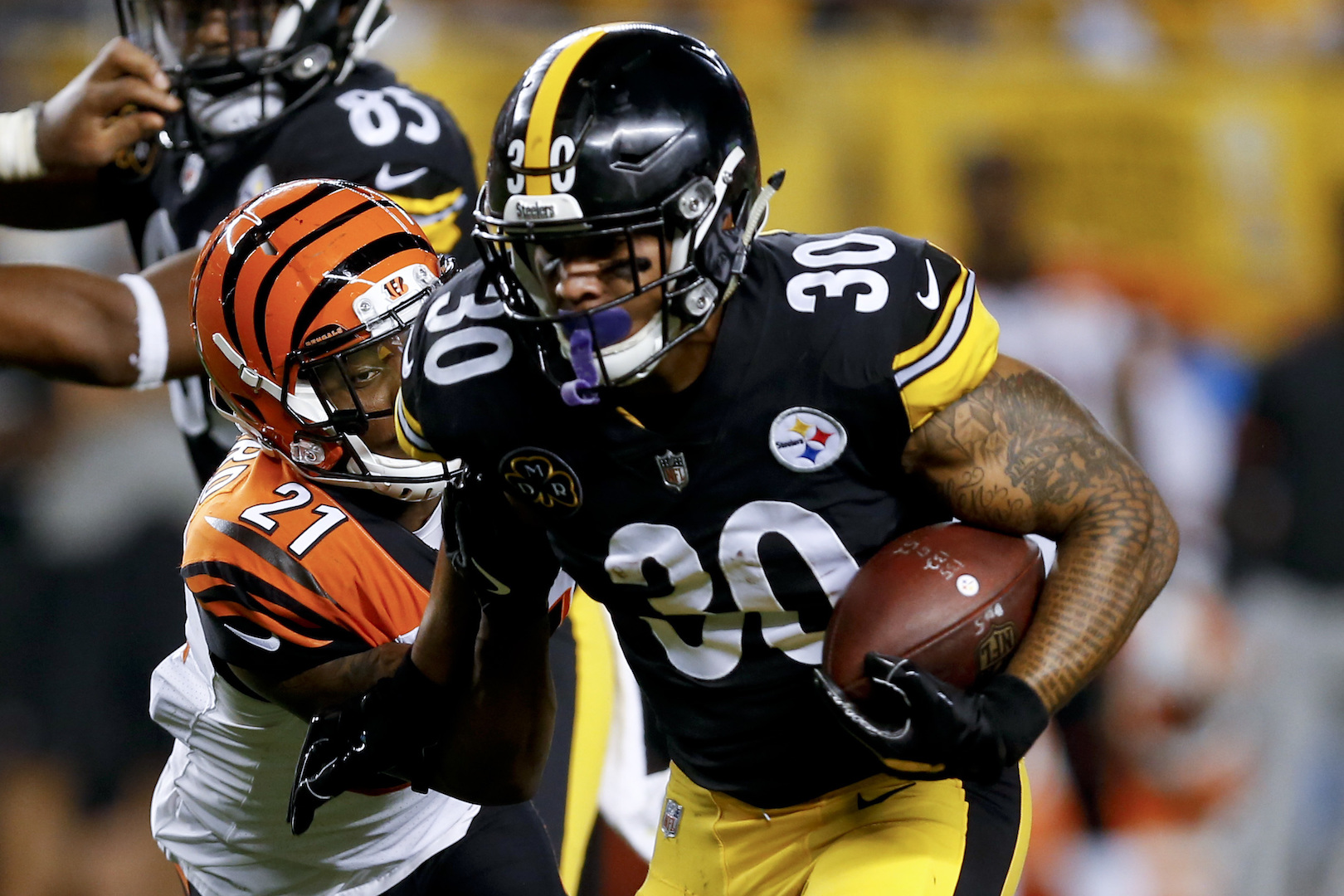 
My “Fantasy Fallacy” series continues today with a discussion on handcuffs. If you missed any of the other articles, you can check them out:

Unfortunately, big-time injuries occur every year in the NFL; and often, it’s a star running back that goes down for a week, a few weeks, or the entire season. Because of how critical the position is for fantasy owners, handcuffing is an important insurance policy for your roster.

But contrary to popular belief, you can get insurance on anyone, not just fantasy options you own. Looking to the past is the best way to explain this.

Last year, someone that drafted LeSean McCoy and Leonard Fournette might have felt the need to handcuff them with Mike Tolbert and Chris Ivory. But why? Tolbert was a fullback with limited upside, and Ivory was going to split the work with T.J. Yeldon and Corey Grant if Fournette went down.

McCoy didn’t miss a game in 2017, and Ivory rushed for 2.9 yards per carry in three starts when Fournette was inactive. So, basically, anyone that got caught up in handcuffing their own players wasted two late-round draft picks, which could have easily been Marvin Jones, Alvin Kamara, or Evan Engram—all of whom were significant contributors (to say the least) last season.

Even those who “guessed right” on David Johnson getting injured in the season opener were disappointed when they handcuffed him with Andre Ellington or someone else, as it took a trade for Adrian Peterson in October to finally get a post-DJ fantasy contributor in Arizona’s backfield.

To have success, fantasy owners that want to handcuff should look at the insurance itself, not the subject of the insurance. In other words, what kind of return would you have gotten for Leonard Fournette getting hurt last year? What about Dalvin Cook going down? Or DeMarco Murray?

Here is a snippet of crucial fantasy tips we will release later this summer explaining this very scenario:

The thought is that by drafting Chris Ivory later to pair with Leonard Fournette (in 2017) for example, you would get insurance for Fournette in the case of an injury. That might be the “safe” thing to do, but it in no way maximizes the quality of your roster. Those who drafted Fournette would have been much better off targeting Derrick Henry or Latavius Murray instead of Ivory if they were all available. All three backups were eventually called into action when the starters were injured, but while Ivory was a weak FLEX, Henry and Murray (two superior talents) were excellent RB1/RB2 options.

Choosing to handcuff for your own roster thinking that it protects you better would be akin to choosing—if given the choice like fantasy owners are—a life insurance policy for an ordinary person instead of multi-billionaire Warren Buffett.

Instead of simply drafting a handcuff for your own roster, fantasy owners should assess the situation for each option. Would it be a committee? How talented is the offense around him? Has he carried the load in previous years? Have the offensive linemen been effective in the running game?

The most important factor, though, is individual talent. Despite Minnesota drafting Dalvin Cook and still having Jerick McKinnon last year, I was all-in on Latavius Murray because I believed he was a really good player. When given the opportunity to start following Cook’s knee injury, Latavius turned into a solid RB1/RB2 option, and I didn’t feel like I should pass on him just because I didn’t own Cook.

In 2018, fantasy owners that want to handcuff need to try to find their “Latavius Murray”—and whether or not he’s a backup to someone already on your roster shouldn’t matter. Besides Murray, I think James Conner (PIT), Rod Smith (DAL), and Wayne Gallman (NYG) are some good early options that could shine if given the opportunity.