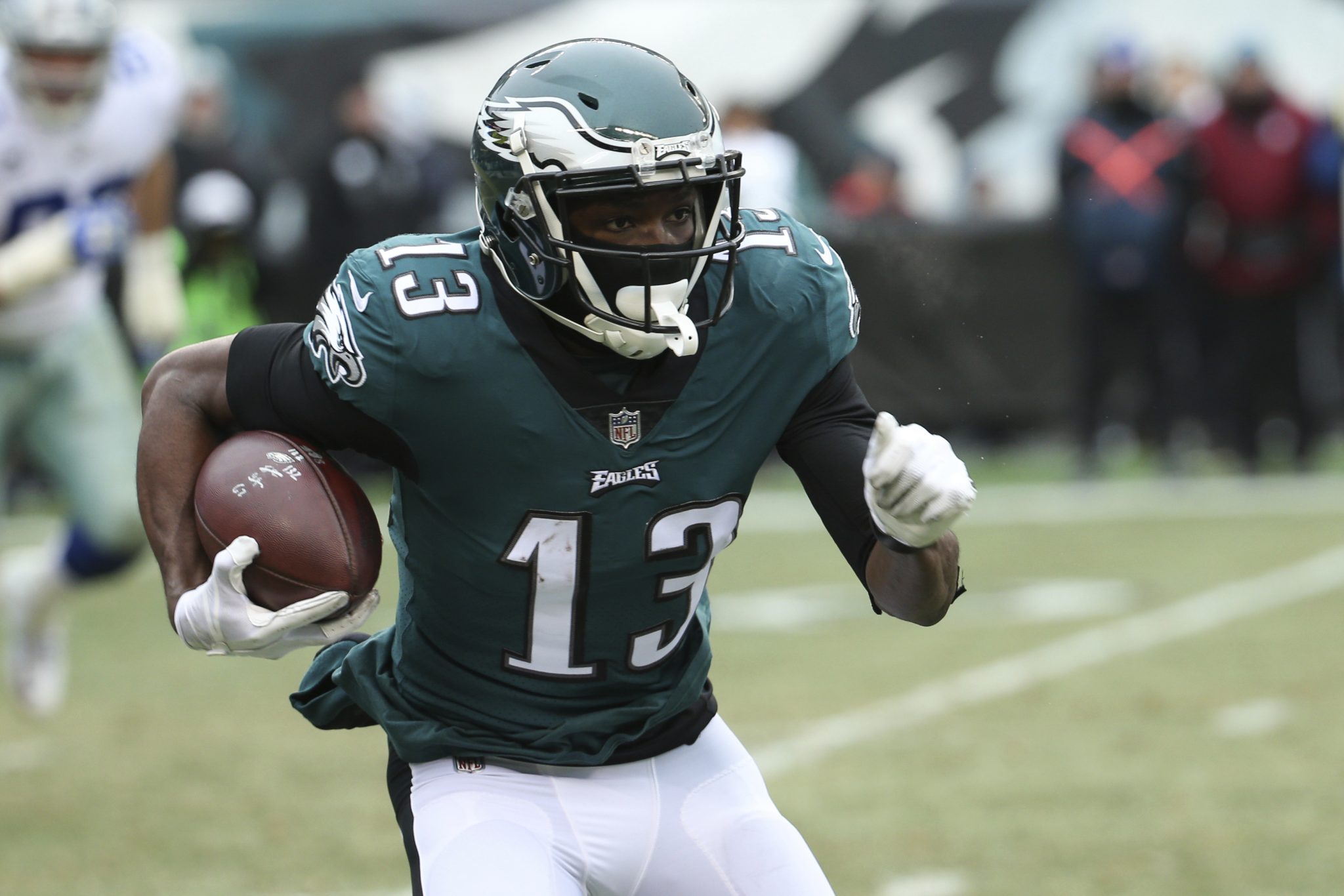 
The “Fantasy Fallacy” series continues today by dismantling the notion that past production equals future performance. If you missed last week’s debut, I explained why the “zero-RB” strategy doesn’t make sense.

To start this week’s article, here are some widespread misconceptions that occurred before/during the 2017 season compared to what actually happened on the field.

“Terrelle Pryor had 1,000 yards with the Browns, so he is going to have a huge year in Washington with a better quarterback in a better offense.”

“Nelson Agholor only has 648 yards and three scores through two seasons; he’s a bust and shouldn’t be drafted in 2017.”

“Ben Roethlisberger had a 10:9 touchdown-interception ratio and averaged 12.25 fantasy points per game over the first half of 2017; there’s no way he will turn it on over the final eight weeks.”

Jared Goff threw for multiple touchdown passes in nine of his 15 games and was a back-end QB1.

Terrelle Pryor caught 20 passes for 240 yards and one touchdown with the Redskins. He was inactive by Week 10.

Nelson Agholor had a 62/768/8 line and was a WR2/FLEX option. He also caught nine passes for 84 yards in the Super Bowl.

Isaiah Crowell lowered his numbers across the board, excluding carries. The Browns didn’t win a game.

Ben Roethlisberger threw for 18 touchdowns and five interceptions over the second half of the season (seven games) and was a top-five QB1.

It’s not that simple, but that’s what those spreading misconceptions would have you believe because it’s easy. Preparation can be done in a single day or week because many fantasy analysts don’t put in the effort/resources to actually watch the games to see who is “overachieving” or “underachieving” from a statistical standpoint.

For example, everyone was all-in on Terrelle Pryor last year (except us) because they saw a six-foot-five receiver that was coming off a 1,000-yard season with the Browns and would be catching passes from Kirk Cousins in Jay Gruden’s offense in 2017. But they failed to recognize that Pryor had a long, long way to go as a polished receiving option, and unlike the 1-15 Browns, Washington wasn’t going to simply pepper him with targets.

Pryor ended up providing no reliability or consistency on the outside in a complex offensive system because he wasn’t a great route-runner, showed poor focus at the catch point, and didn’t create enough separation. Perhaps it wasn’t fair because the fantasy community wanted to make him something he wasn’t, but if you look at the market for the former quarterback in the 2017 offseason, he had to settle for a one-year deal—and teams like New England thought it better to trade a first-round pick for Brandin Cooks than it was to sign Pryor to a cheap contract.

In other words, NFL teams weren’t close to as high on the free agent compared to fantasy “experts.” Those who banked on Pryor’s past production leading to strong play in the future were surely disappointed last year. And it’s going to happen again with other players in 2018, and 2019, and probably every year after that, too.

Our new fantasy analytics are much more useful than pure statistics like yards and touchdowns because they predict future performance/production based on talent, opportunity, supporting cast, and other important factors that are overlooked far too often.

If you want to rely on your own information and analysis, just make sure you don’t overvalue past production and think it will lead to future success.