WOLF SPORTS ALERT There may be temporary login issues due to site maintenance. Thank you for your patience!
Home / frontfantasy / Fantasy Football Awards For The 2021 Season 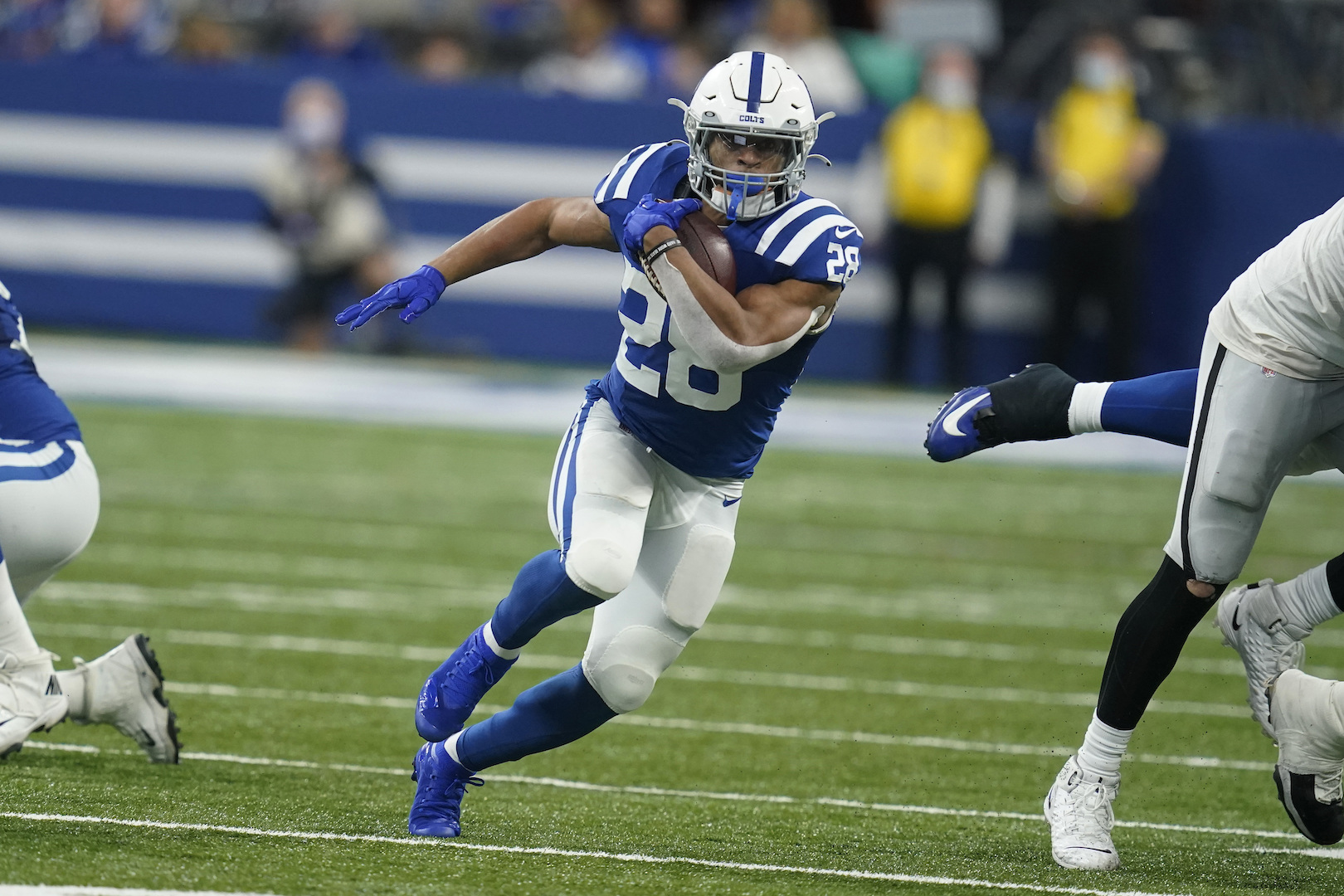 Fantasy Football Awards For The 2021 Season


Team of the Year

Allen finished as the top fantasy scorer of 2021 with a comfortable edge over the field, and his dual-threat ability—with 763 yards and six touchdowns on the ground—combined with the elite talent as a passer/playmaker led to the second-straight overall QB1 finish. We’d say Allen is a good bet to be there again in 2022.

We recommended Taylor as a top-five pick in 0.5 PPR leagues this season, and anyone who drafted him (and stayed patient following an inexplicably slow start by Indianapolis) was happy with the results. Overall, the superstar back rushed 332 times for 1,811 yards and 18 touchdowns with added production through the air (40/360/2).

Kupp led the league in receptions (145), receiving yards (1,947), and receiving touchdowns (16) as the focal point of Sean McVay’s offense, and he was also one of the best values of the year. An extra game helped, but Kupp was perhaps one more catch away from breaking Calvin Johnson’s single-season receiving record (1,964).

The midseason COVID-19 issues for Green Bay briefly interrupted another sensational campaign for Adams, but he still finished with career-highs in receptions (123) and yards (1,553) while recording double-digit scores (11) for the fifth time over the past six years. If back with Aaron Rodgers in Green Bay next season, Adams will have a case to be drafted as the overall WR1.

Big-time production from tight ends around the league continued in 2022, and Andrews was able to make a significant jump to overtake Travis Kelce as the No. 1 option at the position with 107 receptions, 1,361 yards, and nine touchdowns. The debate about the order of the high-end options will be very interesting this summer.

Filling the FLEX spot on the Team of the Year is very fitting for Samuel—who did everything for San Francisco this season. The versatility and toughness with the ball in his hands resulted in 77 receptions, 1,405 receiving yards, 59 carries, 365 rushing yards, and 14 total touchdowns (with eight coming on the ground).

Dallas wasn’t a top-five defensive unit in terms of points or yardage allowed, but their ability to create turnovers (while often turning them into touchdowns) allowed them to end 2021 as the game’s best fantasy option. The 26 interceptions and nine touchdowns certainly made a difference for those who started an opportunistic group led by Trevon Diggs and Micah Parsons.

A 21-point performance in Week 18 helped (which most couldn’t benefit from if you end in Week 17), but Carlson finished as the top kicker of the season—and he was also the most clutch. Altogether, the 26-year-old nailed 40-of-43 field goals, including a strong six-of-seven from 50+ yards.

Surprise of the Year: Cordarrelle Patterson

Touches were up for grabs in the Atlanta offense this season, but no one expected Patterson to have the kind of role he did—producing as a legitimate RB1 option for most of the season. Even with the decreased role down the stretch, the explosive veteran totaled 1,166 yards and 11 touchdowns on 205 touches.

Disappointment of the Year: Julio Jones

The opinion on Jones’ outlook was very split after being traded to Tennessee, but we had high hopes, and the future Hall of Famer simply couldn’t stay healthy. The efficiency remained strong (9.0 yards per target), but Julio wasn’t close to a WR1 option with just 31 receptions for 434 yards and one touchdown (which was in Week 18) on the season.

The steadiness of Najee Harris—who totaled 1,667 yards and ten touchdowns—made it closer than anticipated, but Chase’s ceiling gives him the edge with 81 receptions, 1,455 yards, and 13 touchdowns in one of the best rookie seasons in history. Going for 11 receptions, 266 yards, and three touchdowns in the fantasy championship was a legendary fantasy performance.

Jonathan Taylor deserves mention, but Kupp’s remarkable consistency—with at least 92 yards in all but one game—and overall production made him so much of a force that his father’s fantasy league changed the rules to no longer automatically allow him to be drafted to the elder Kupp’s team in future years. Those with Kupp at least had a very high chance of making the fantasy playoffs, if not winning it all.