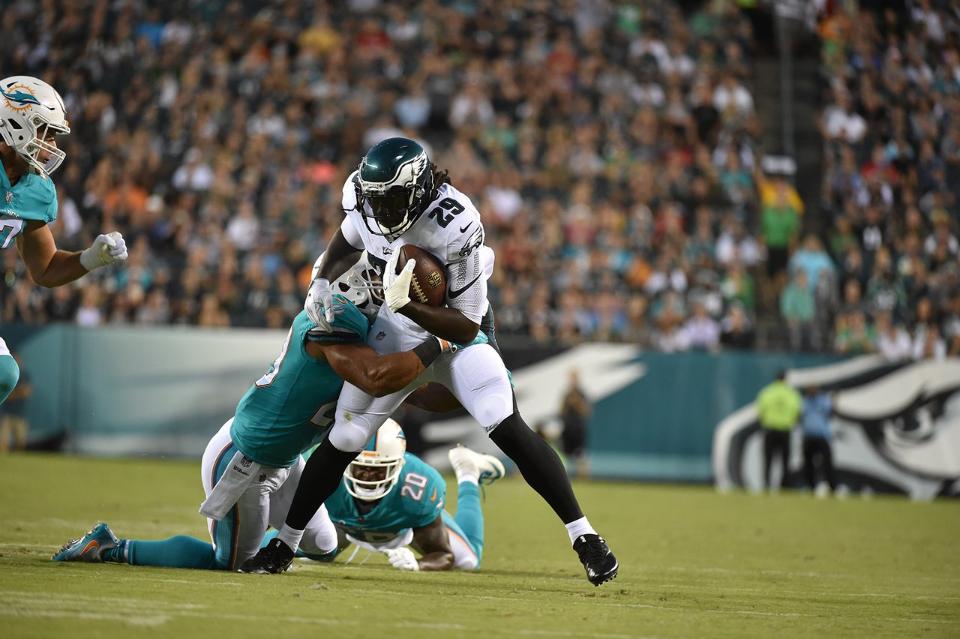 
Finally, the NFL is back on Thursday night, and that means fantasy football season has officially returned. I’m taking over the stock report for the 2017 regular season, and here is who is trending up or down heading into Week 1.

The Browns’ second-round pick was locked-in as the starter after the third week of the preseason, and he’s had plenty of time to get first-team reps to prepare for Pittsburgh. As someone who can make plays with his legs, Kizer could be a fantasy surprise in his rookie year.

Already ruled out for Week 1, no one really knows when Andrew Luck will be back on the field for Indianapolis. The good news is he isn’t on the PUP list, but still, anyone who spent a mid-round pick on Luck better hope there’s a good early-season replacement on the waiver wire.

One of the more surprising cuts on Saturday was in Buffalo when backup Jonathan Williams was released after an impressive preseason. The 23-year-old looked like a threat to take some carries away from McCoy on a Bills team that isn’t expected to contend, and now with former fullback Mike Tolbert looking like the #2 back, Shady should get all the touches he can handle.

Well, the Eagles kept five running backs on the 53-man roster, and if that’s not a sure sign of a full-blown RBBC, I don’t know what is. Blount was never going to come close to matching his fantasy campaign from 2016 with Tom Brady and the Patriots, and he doesn’t even look like a reliable starting option right now.

After turning six touches into 42 yards for his lone August appearance, Charles was a sure bet to make Denver’s roster and he officially did when the roster was finalized. The 30-year-old back is going to be C.J. Anderson’s change-of-pace to start the season, and he could become more than that if he stay healthy.

There might not have been a more impressive player in the preseason than Kamara, as he rushed nine times for 96 yards and a touchdown, also adding a 22-yard reception. Still, he didn’t even play in the team’s third preseason game (rest) and is behind Mark Ingram and Adrian Peterson on the depth chart. In other words, we haven’t even seen him play with the first-team offense.

The writing was on the wall when Wright started in the preseason and Victor Cruz was playing in the second half, but Kendall Wright’s position as the main slot receiver was confirmed with Cruz’s release last week. Wright deserves roster consideration in PPR leagues.

You can’t produce if you aren’t on the field, and Willie Snead will be suspended for the first three games of the season for a DUI earlier in the year. Snead could really fall behind for targets in the offense if New Orleans performs well without him.

Buying stock in Dorsett might not pay off today and it might not pay off in a few weeks, but there is a reason the Patriots traded for him. Could the former first-round pick be Brandin Cooks’ replacement for 2018 if they don’t re-sign Cooks? And could he be an insurance policy for a potential injury in 2017?

From one speedy receiver to another, John Ross is likely going to miss at least the first two weeks of the season with a knee sprain, and it’s never good when rookies fall behind. Perhaps Ross will provide a boost if he’s back in Week 3 after the Bengals have a tough couple weeks against Baltimore and Houston, but you’d rather have a guy on the field than off of it.