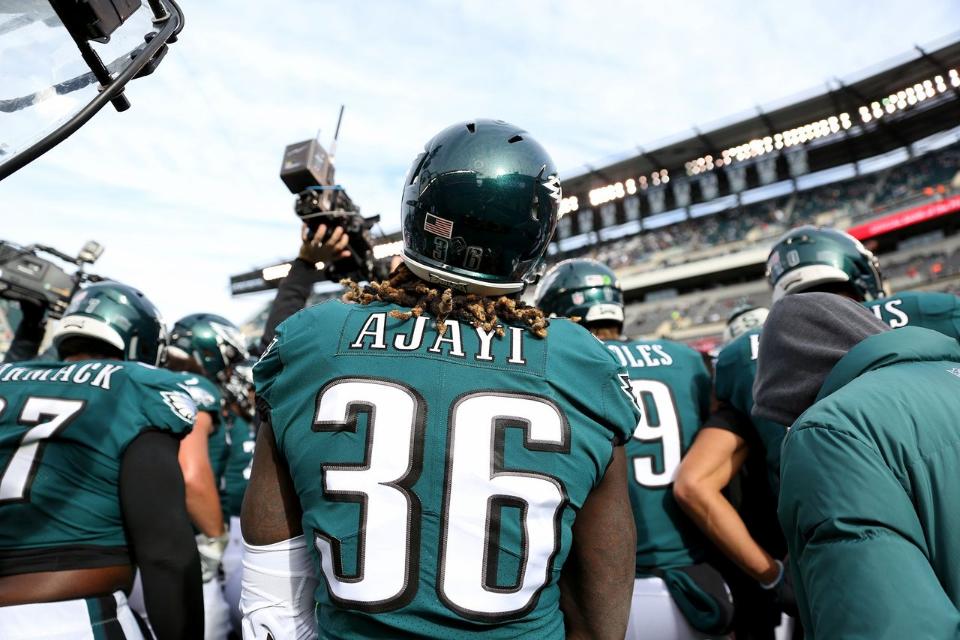 Goff was without his top receiver Robert Woods for the first time all year in Sunday’s convincing win over the Saints, but he still threw for 354 yards, two touchdowns, and one interception. The second-year quarterback now has more passing yards than Carson Wentz, Matt Ryan, and Alex Smith. He should provide QB1 value over the final five weeks in some good matchups.

Stafford’s ankle took a pretty bad turn on Thanksgiving against the Vikings, and he could be hobbled for the rest of the season as Detroit fights for a wild-card spot. Heading to Baltimore in Week 13 won’t make him heal any faster, and his upside will be capped with the team expected to protect him with more conservative play-calling.

A fourth-round pick out of Oklahoma, Samaje Perine was extremely productive in college for the Sooners, and he’s taken advantage of a starting opportunity with Washington. Going on two-straight 100-yard games, Perine gets to face a Dallas defense that will be without Sean Lee on Thursday night, and he looks like a RB1/RB2 option for the rest of the year.

A trade from the Dolphins to the Eagles looked great for Ajayi’s rest-of-season outlook, but he’s not getting enough volume right now to be considered anything more than a FLEX option. As long as LeGarrette Blount remains the starter, Ajayi is a risky play.

Burkhead was on shaky ground heading into a matchup with Miami after fumbling in Week 11, but New England stuck with him and gave him his largest workload of the season with 13 carries and 15 total touches, which he turned into 53 yards and two scores. Remember, he was the team’s original target in free agency because of his versatility, and it’s been on full display since he returned from an early-season injury.

The emergence of Burkhead alongside Dion Lewis has really impacted James White, as the receiving back has just one reception over the past three games since the bye week. Before the bye, White was averaging more than five receptions per game, but it looks like he’s either being saved for the postseason or pushed aside for Burkhead and Lewis. He’s droppable in standard leagues and a bench stash in PPR leagues.

Westbrook made his debut two weeks ago in Cleveland, and it hasn’t taken long for him to become a factor on offense. While he hasn’t put up big numbers yet (38 yards per game), the rookie saw a healthy 10 targets against Arizona last week. He’s a great waiver-wire add with a cupcake schedule for the fantasy playoffs.

Crabtree probably cost a lot of fantasy owners in Week 12 when he was ejected for squaring up with chain-snatching Aqib Talib, and he’s going to miss the next two weeks due to a suspension for the altercation. At least people will be able to slot someone else in lineups, but being without Crabtree could impact the fantasy playoffs.

The most surprising thing that happened on Thanksgiving was easily Marvin Jones’ play against Xavier Rhodes, as Jones beat him twice for a touchdown and totaled 109 receiving yards in the loss. That kind of success against arguably the best corner in the NFL should give him momentum for down the stretch, and he could be the first read on a lot of throws from an injured Stafford.

Greg Olsen finally returned to the field in Week 12, but he left the game with a foot injury—which is a big concern because that is why he was on IR in the first place. Fortunately, he is said to be OK, but now an in-game setback should always be in the back of fantasy owners’ heads, as the last thing anyone needs is a zero-point performance when championships are within reach.