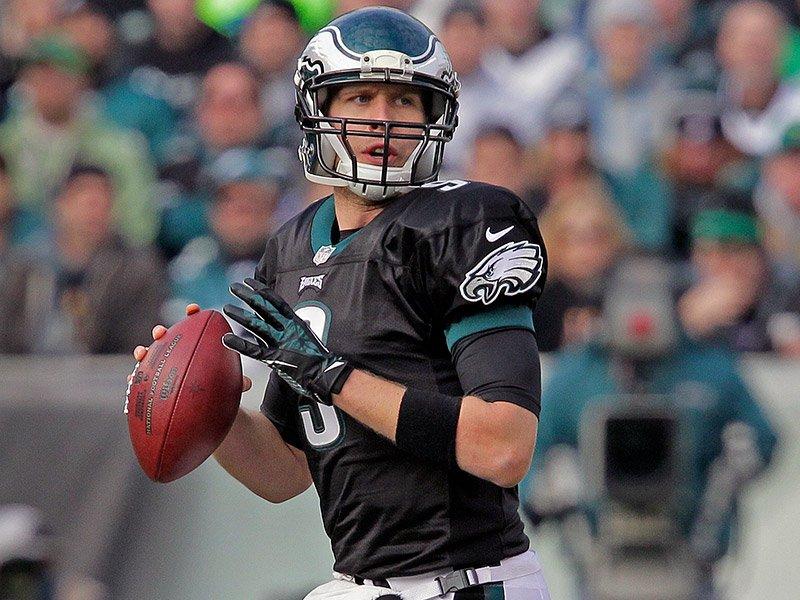 It’s just awful to see a guy like Carson Wentz go down for the year on a Super Bowl contender, but Nick Foles will get an opportunity to lead a really good team and offense down the stretch. With a strong backfield, elite offensive line, and Alshon Jeffery and Nelson Agholor at receiver, it’s not crazy to think Foles could be a low-end QB1 for the rest of the fantasy playoffs.

Mariota just hasn’t been very productive this year, and while he’s talented enough to get going, there probably just isn’t enough time to feel confident about starting him for fantasy purposes over the final three weeks of the season. Unless you’re in a dynasty league, there’s probably no point in owning Mariota.

Alex Collins spent training camp with the Seahawks, but Baltimore was fortunate to get him after he was released by Seattle at final cuts. All he’s done since debuting with the Ravens is rush for 825 yards on a 5.1-YPC average, and he’s coming off his best career game with 120 yards and a score against the rival Steelers. He’s a quality RB2.

Despite a 100-yard game from Peyton Barber two weeks ago with Doug Martin out, head coach Dirk Koetter said Martin remained the starter. That was the case in last week’s loss to Detroit, but Barber handled more carries and was more effective than the former All Pro. You probably shouldn’t play a back that’s averaging 3.1 yards per carry in your quest for a fantasy title.

Philadelphia finally gave Jay Ajayi a significant workload in last week’s win over the Rams, as he rushed 15 times for 78 yards. That should continue with Nick Foles at quarterback, as Ajayi is the best runner on the roster with 7.0 yards per carry as an Eagle. If he gets another 15-carry game, it might finally be time to confidently play Ajayi as the RB1 you drafted him as for the fantasy championship.

Thomas Rawls and Eddie Lacy were both held without a carry in last week’s loss to Jacksvonille, as Mike Davis and J.D. McKissic dominated the backfield work. Barring an injury, things likely won’t change, so Rawls and Lacy can both be on the waiver wire.

We still don’t know the status of Aaron Rodgers for Week 15, but if he plays, Jordy Nelson is back into the WR1 ranks. Nelson had six touchdowns in four games with Rodgers, but hasn’t scored since, so no one would be happier than him to see his quarterback return.

Mike Evans is on pace for a 68/935/5 line in a season to forget for both him and the Buccaneers, and it’s long past time to drop him from WR1 territory. Evans has more suspensions than touchdowns since October, and fantasy owners can sit him if they have other options.

Denver came alive on both sides of the ball in last week’s win over the Jets, and most of their offensive production came from Demaryius Thomas. The veteran wideout caught eight passes for 93 yards and a score, and he has a favorable matchup on Thursday night against the Colts for those trying earn a championship berth.

Those who paid attention know, but Josh McCown played some really good football in 2017, but he’s out for the season with a broken hand. That leaves Bryce Petty (or Christian Hackenberg) at quarterback for the Jets, so Robby Anderson’s stock takes a significant hit after looking like a great WR2 option.