WOLF SPORTS ALERT There may be temporary bugs due to site performance upgrades. Thank you for your patience!
Home / frontfantasy / Fantasy Football Stock Report: Week 16, 2017 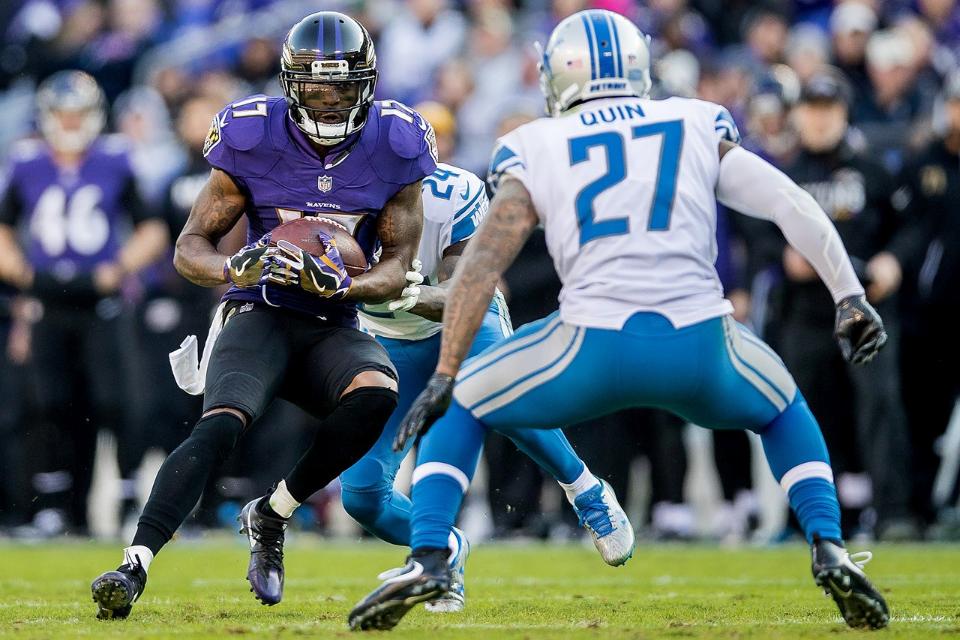 People were quickly down on Newton after an inconsistent first half of the season, but he’s been an elite fantasy quarterback down the stretch. Over the past six games, Cam has thrown just one interception, and he’s averaging over eight fantasy points per game as a runner alone. With two good matchups, he might be the highest-scoring player for the fantasy championship.

Green Bay was officially eliminated from playoff contention on Monday night after the Falcons won, so the team could decide to shutdown Aaron Rodgers for the season to focus on 2018. If that happens, he’s obviously not going to be contributing for your fantasy team.

While Rodgers could be shelved for the Packers, Ezekiel Elliott is back from his suspension just in time for the Cowboys to potentially sneak into the postseason and make a run. He’s obviously a must-start every time he’s on the field, so Zeke owners that are still alive should be thrilled.

A surprise inactive in Week 15, Doug Martin has lost his starting job to second-year back Peyton Barber, and it doesn’t look like the former All-Pro will be making an impact over the final two weeks of the season. Even if he’s active, it’s probably safe to drop Martin.

Rex Burkhead went down with a knee injury on Sunday, and while it’s fortunately not serious, he could still miss time, which opens the door for James White in the backfield. The receiving back had just two touches against the Steelers, but he could be a usable FLEX option in PPR leagues for Week 16.

Miller is among the league leaders in carries with 220 of them this year, but it’s bene a season to forget for both him and his team. The former Dolphin doesn’t have a 100-yard game, and he’s averaging just 3.6 yards per carry with three touchdowns. It’s probably wise to bench him for at least this week against the Steelers in a game the Texans could fall behind quickly in.

The bad news for Steelers fans is that Antonio Brown has a partially torn calf muscle that will force him to possibly miss the rest of the regular season, but the good news is that he should be back for the playoffs—and that JuJu Smith-Schuster is ready to pick up the slack in his absence. The second-round pick caught all six of his targets for 114 yards in last week’s loss to New England, and he should be started in all leagues with the Texans and Browns left on the schedule.

Nelson was underthrown on a deep ball that would have been a touchdown in Aaron Rodgers’ first action in a couple months, and because #12 could be done for the year, it’s difficult to trust his favorite receiver against the Vikings or Lions.

Wallace is quietly having an emergence over the past few weeks, as he’s averaging more than 92 yards per game this month. The deep threat has shown good chemistry with Joe Flacco, and he’s a quality FLEX option in the fantasy championship, especially in a good matchup with the Colts on Saturday.

Seattle was 8-4 heading into a tough two-week stretch against the Jaguars and Rams, but they lost both games, and Jimmy Graham was almost literally nonexistent for the fantasy semifinals. Graham combined for just one reception for negative-one yards against Jacksonville and LA, so he is ice cold heading into Week 16.