WOLF SPORTS ALERT There may be temporary bugs due to site performance upgrades. Thank you for your patience!
Home / frontfantasy / Fantasy Football Stock Report: Week 4, 2017 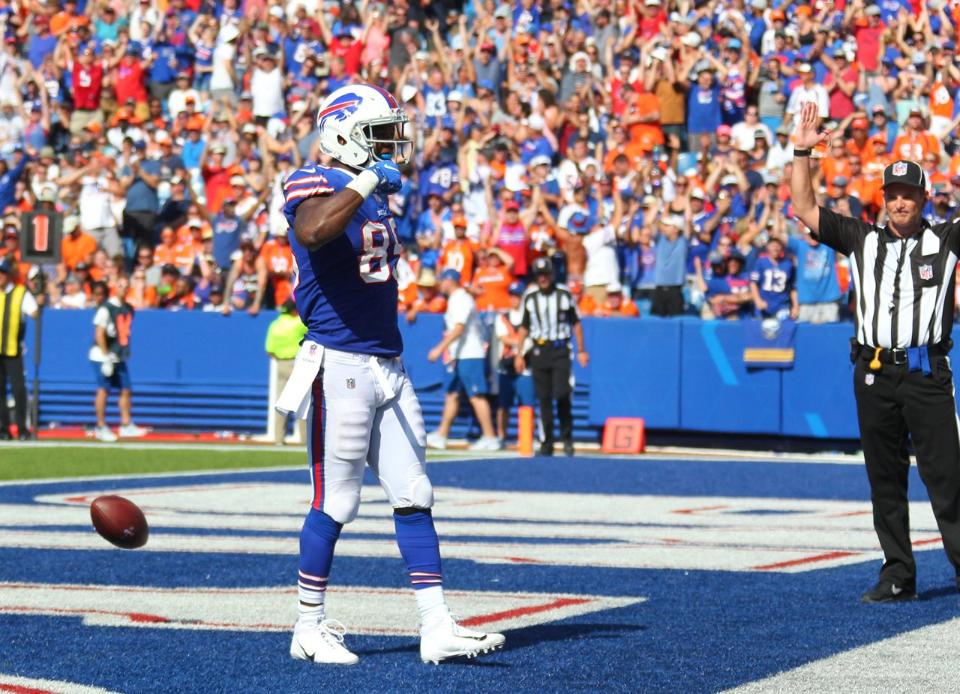 Prescott was able to get through a three-game stretch of NYG, DEN, and ARI to start the season and came out of it as the QB7. Now, things get much easier until the fantasy playoffs when he faces the Giants in Week 14 and the Seahakws in Week 16.

A good bet for a bounce-back campaign, Cam Newton hasn’t looked good at all in 2017, as he’s averaging 10.0 fantasy points per game. He isn’t throwing accurate passes, and has already lost Greg Olsen to a foot injury for a few weeks. It might be time to put him on the bench until he (hopefully) figures things out.

Remember last week when Jordan Howard was written off by seemingly everyone for one bad game? The same thing happened in his rookie year and it turned out to be just a minor bump in the road. Howard had the Bears on his back as they picked up their first win of the season, and he needs to be in lineups every week.

Through the first three weeks of the season, Marshawn has carried the ball 18, 12, and six times, rushing for 76, 45, and 18 yards respectively. Heading into a matchup with the Broncos’ #3 fantasy rush defense, Beast Mode should probably be in bench mode for Week 4.

Mixon has elite talent, and they Bengals committed to him with 21 touches in Sunday’s loss to the Packers. He turned in a 101-yard effort, and he should only get better in the coming weeks. Buy low if you still can.

He was able to find the end zone in the season opener, but Jacquizz Rodgers looks like a wasted mid-round pick after rushing five times for 15 yards in Week 3. People got a little carried away thinking he had a chance to keep the starting job, and with Doug Martin set to return after Sunday’s game (a tough matchup with the Giants), Rodgers will probably belong on the waiver wire by the second day of October.

Funchess is hurting with his quarterback’s struggles, but depending on the health of Kelvin Benjamin, he might find himself as a #1 receiver with not much behind him on the depth chart. If Cam can figure it out against the Patriots in a game they are probably going to need to pass to keep up, Funchess could be worth a start this week and beyond.

Not only does Pryor continue to be held in check, but Josh Doctson caught a 52-yard touchdown in Sunday night’s win. The converted quarterback is in danger of losing snaps and needs to stay on the bench.

Willie Snead returns from his three-game suspension this Sunday, but the Saints have a bye week right after. Still, he’s back and should be picked up in any league he’s available in with Drew Brees throwing him the ball.

Cooper might be the biggest disappointment of the season so far, as he leads the NFL in drops and has just 101 yards and one touchdown through three games. He can no longer be treated as a WR1, especially with a trip to Denver coming up.

With a bunch of injuries and ineffectiveness at the tight end position, Charles Clay is worth a pickup in all leagues as Tyrod Taylor’s top target. Clay has always seemed to be underutilized with the Bills, but that’s not happening so far this season.

Eifert is out for at least a few weeks with a back injury, as the former first-round pick just can’t stay healthy. Stash him on IR if you can, but it might be safe to drop him at this point.