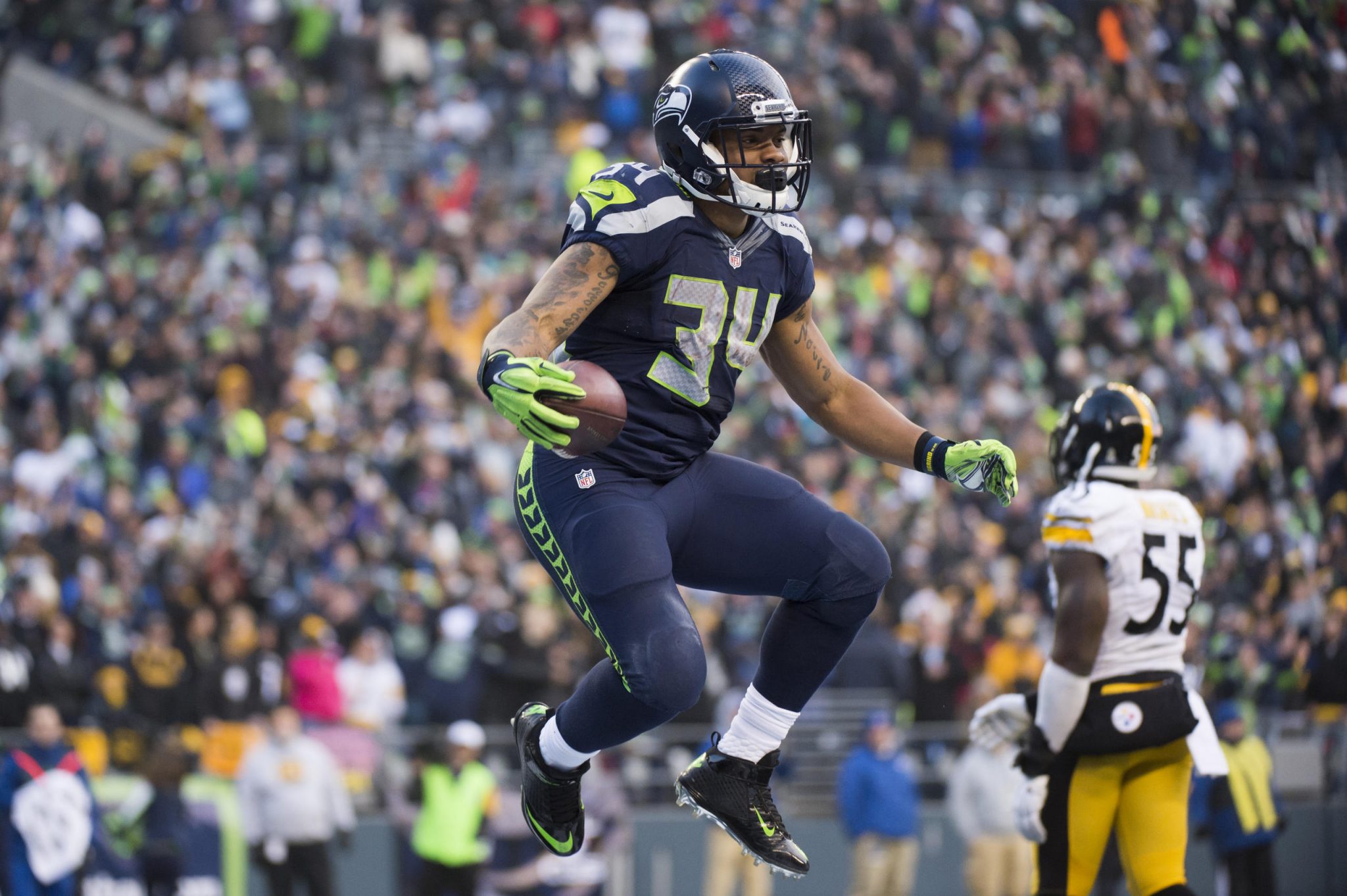 Last week, Newton was a faller, and we said to place him on the bench until he figures things out. Well, he seemed to have done that with a 32-point fantasy performance against the Patriots. Look for Cam to practice more during the week now, as increased work leading up to the matchup with New England helped him improve his accuracy and timing on Sunday.

Some people thought Kizer might be a quarterback streamer in 2017, but that’s not going to happen with the way he’s been playing. The second-round pick is completing 51.4% of his passes for 191 yards per game and a 3:8 touchdown-interception ratio. It’s inexplicable that the Browns thought he could win games in the NFL after not doing so at Notre Dame, and he might not be the starter for much longer.

The Vikings signed Murray in the offseason to be their replacement for Adrian Peterson, but Dalvin Cook falling in the draft changed things. Unfortunately, the impressive rookie is done for the year with a torn ACL, and the patient Murray gets his chance to pick up where he left off with the Raiders. He’s one of the top waiver wire pickups for Week 5.

Montgomery has played through a lot of minor injuries, and he deserved credit for that, but he might not be able to suit up on Sunday with fractured ribs that could lead to internal injuries. In the meantime, Aaron Jones (who handled 13 carries after Montgomery left Thursday night’s game) will get a chance to impress and earn a role. It’s worth noting that Aaron Rodgers has spoken highly of the rookie.

The only thing missing that would make Abdullah an every-week RB2 was goal-line work, but he was able to convert a score in Sunday’s win over the Vikings, and he’s now handled at least 17 touches in every game this season. Detroit has really committed to the former second-round pick, even giving him some work as a receiver at Theo Riddick’s expense.

There have been some pretty big disappointments in 2017, and Crowell is at least near the top of the list—if not leading it. The Browns bolstered the offensive line in the spring, but poor quarterback play has allowed defenses to stack the box against the run, and since Crowell isn’t that good a player to begin with, he’s not producing at all. Hopefully a quarterback change comes soon, because after being drafted as an RB2, Crowell and his 2.9 YPC-average are close to being droppable.

New York finally gave Gallman a chance on Sunday, but it’s only because Paul Perkins got injured. Still, the rookie was undoubtedly the best running back for the Giants so far this season, and he should be featured if they want any chance of getting the offense balanced and turning the season around.

We have more risers than fallers this week because guys like Dalvin Cook and Chris Carson are out or expected to be out for the remainder of the season, so there’s really no reason to explain it. Replacing Carson for Seattle should be Thomas Rawls, as he’s the best running back they have. He should turn in RB2 value eventually if the Seahawks hand him the keys to the backfield.

John Brown missed two weeks with a quad issue, but he was back on the field in Week 4 and clearly playing ahead of fellow deep threat J.J. Nelson. With no setbacks to speak of, Brown gets a juicy matchup with the Eagles this Sunday. He’s a difference-maker when healthy.

Actually, Isaiah Crowell definitely isn’t at the top of the just-created disappointment list, because that spot belongs to Amari Cooper. The former first-round pick was supposed to finally breakthrough as a fantasy superstar in his third year, but he’s totaled just 12 catches for 110 yards and one score, with most of his production coming in the season opener. Now, Derek Carr is out, leaving Cooper as just a weak FLEX option for at least a couple weeks.

JuJu had the best celebration of the week on Sunday, and he had reason to be so happy. The rookie is playing a bunch of snaps as the team’s primary slot receiver, and he should be picked up in most formats as a full-time player in the Pittsburgh offense.

Clay was the leading man for last week’s “Stock Report,” and he makes another appearance this week. The Buffalo tight end should be picked up wherever he’s available, as after last week’s 112-yard performance, he’s on pace for a 72/908/8 line as Tyrod Taylor’s top target.