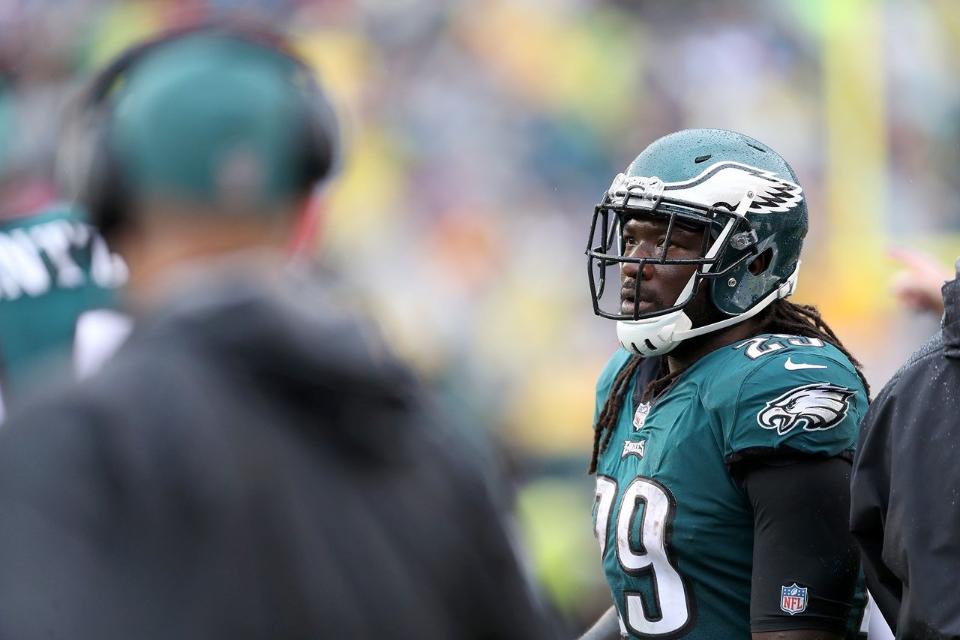 Many people woke up with news of a blockbuster trade where the Dolphins traded star running back Jay Ajayi to the Eagles, but don’t think that Miami is calling it a season after the move. Adam Gase might go to a more fast-paced, spread attack with Kenyan Drake and Damien Williams at running back, and that will mean more fantasy points for Cutler.

Cousins finally got on the same page with Jamison Crowder is last week’s loss, but Jordan Reed went down and could miss a big game against the Seahawks on Sunday. The Redskins have a really tough schedule through the end of the season, so Cousins might not be a QB1 if Josh Doctson and/or Terrelle Pryor doesn’t step up.

He might not see the volume he had with the Dolphins, but Jay Ajayi will have a much better run-blocking unit in front of him in Philadelphia. Even if it’s just 18-20 touches per game, I think Ajayi is back as a strong RB1 option, as the Eagles have one of the easiest schedules in the league after they face Denver and get some rest with a bye week.

Blount has looked pretty good this season, but he’s obviously going to be pushed to the side for the recently-acquired Ajayi. Philadelphia must have felt that despite averaging 4.7 yards per carry, Blount was leaving too much on the field, and rushing for a combined 77 yards on 30 attempts over the past two games couldn’t have helped.

A bad offensive line will probably hurt, but we’ve seen teams get it together in the past, and Drake was a third-round pick out of Alabama just two years ago. The versatile back could benefit from a more open attack that Gase could turn to with Ajayi gone, as we know he can make plays in space.

Does anyone really know what’s going on with Elliott? As of last night, his six-game suspension kicked in, but he might be able to delay it again. In a best-case scenario, Zeke will play the entire season, but it looks like he could possibly be out into the first week of the fantasy playoffs now—and perhaps even beyond if he fights it and loses for good in a couple weeks.

As I’ve stated with the previous Dolphins on the list, I think Miami might go to a more air-it-out attack after the Jay Ajayi trade. There wouldn’t be a bigger beneficiary than the talented Parker, and he is a prime buy-low candidate following a two-game absence due to an ankle injury.

Coming off his worth game of the season, Devin Funchess is being impacted by the overall offensive struggles for Carolina, as the Panthers are struggling to protect Cam Newton, and when he does have time to throw, he’s shown inconsistent accuracy. Funchess was surging for a couple weeks, but he just looks like a decent FLEX option after being held to 11 yards in a great matchup.

Fuller didn’t make his season debut until October, but he has seven touchdowns this season—and that’s on just 13 receptions. It’s difficult to imagine that pace keeping up, but the second-year receiver is averaging 21.5 yards per reception and has seen an increase of yardage in each game this season. Keep him in lineups while he’s hot.

The entire offense can be impacted by a weak offensive line, and that’s what is happening with Denver right now. Trevor Siemian clearly isn’t comfortable in the pocket, and it’s led to poor decision-making recently. Unfortunately, Paxton Lynch or Brock Osweiler probably wouldn’t be much of an upgrade, so Thomas owners will have to fight through the struggles.

An upgrade at quarterback helps the entire offense, and the 49ers did just that when they acquired Jimmy Garoppolo on Monday night. George Kittle might be an immediate favorite for the new quarterback, as Garoppolo is used to throwing to tight ends after practicing with all-time great Rob Gronkowski over the past few years.

Julius Thomas was a popular late-round option at tight end over the summer, but now it appears he might not even be the Dolphins’ starter anymore, as Anthony Fasano has seen increased playing time over the past two weeks. Thomas could be at risk of being flat-out benched with Adam Gase in charge.