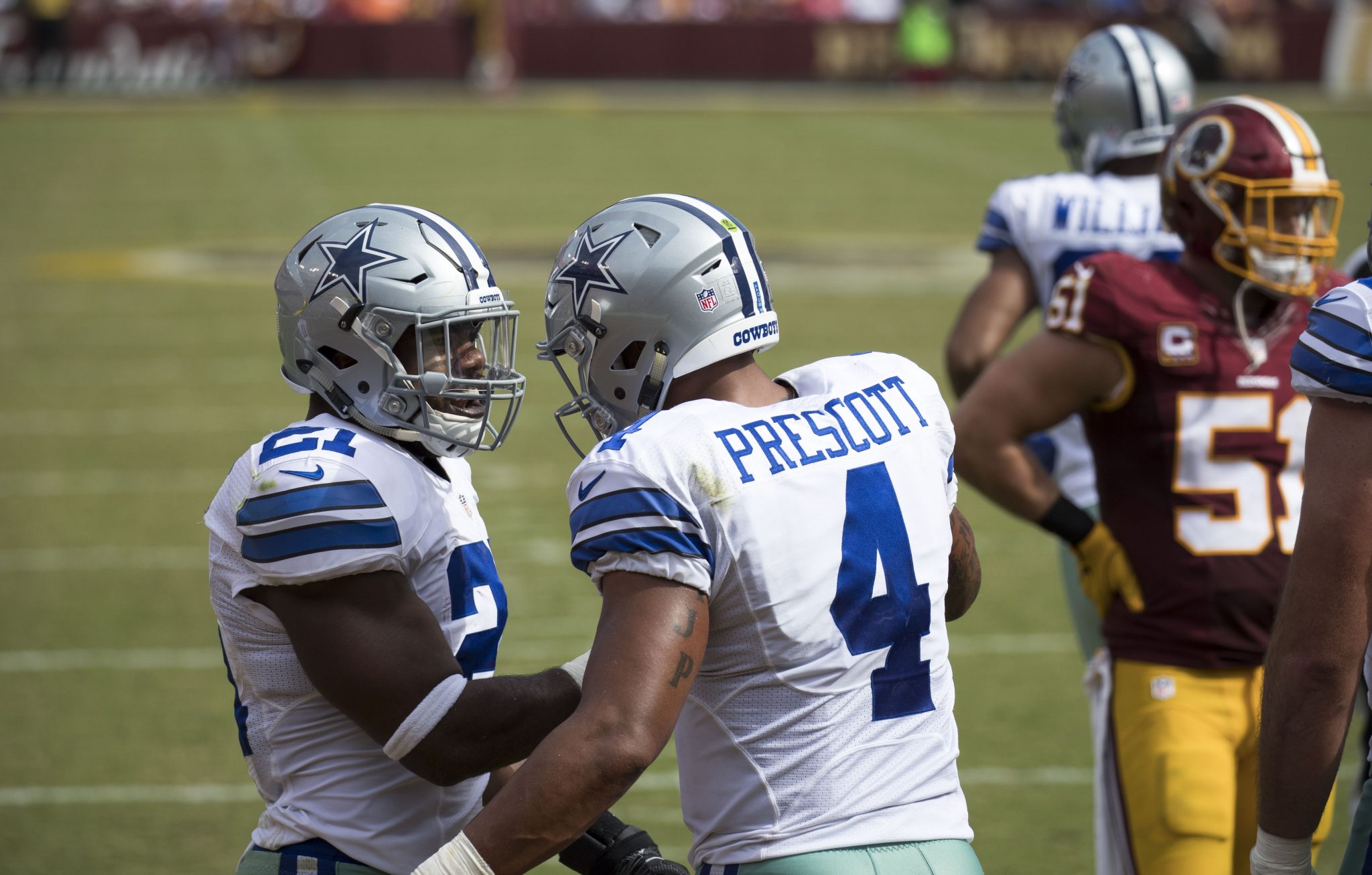 Big news just broke moments ago, as Adam Schefter reported that Cowboys running back Ezekiel Elliott is being suspended for six games stemming from a domestic violence incident and other off-field issues. Elliott will get a chance to appeal, so things are still a little unclear on how long he will be suspended and during what period of time, but as of now, it will be the first six games of the regular season.

The fantasy fallout for this is huge, as Elliott was a consensus top-five fantasy pick in all formats, and many had him there knowing that he could face a short suspension. I had actually him ranked as my 14th overall player anticipating a two-to-four game suspension, and a surprising six-game suspension certainly moves him down even more for me.

I expect most people to take him in the second round—and some even at the end of the first—but that is a mistake. There are fantasy analysts who say you should just draft him as you normally would and just take Darren McFadden in the meantime… just, don’t do that.

Sure, if you combine them you will probably get solid RB1 production over a 16-game season, but at what cost? You will need to spend an early-pick on Elliott and a mid-round pick on McFadden, so it’s basically as if you are trading a pick in the 6th/7th/8th round range for a lesser version of Zeke who falls in your draft.

Fantasy owners would be much better off taking another elite running back in the Devonta Freeman/Jordan Howard/DeMarco Murray/Jay Ajayi group, even if they were regarded as a step down from Elliott before the suspension was announced today. Then, you will have your mid-round pick to get another fantasy starter at basically any position. Wouldn’t DeMarco Murray and Dalvin Cook be better than Elliott and McFadden?

Even if you are confident that you can take Elliott/McFadden and make up for it with good late-round picks, there is a decent chance you miss on McFadden and end up with virtually half of the regular season fantasy schedule without your RB1. You think everyone in your league will simply allow you to take McFadden to pair with Zeke? Now you’re reaching for a six-week fill-in in the fourth round to make sure you get him!

I have a hard time putting McFadden ahead of some other guys in the top-half of the draft, especially since I was originally lower than everyone else on Elliott to begin with. The Cowboys offensive line lost two starters in the offseason, and they have a tough schedule in 2017; I doubt they are as good or are able to play ahead as much as last season.

So where should you draft Elliott and McFadden? I will say that there is almost no chance I roster Elliott, which shouldn’t be a surprise considering where I had him ranked before the suspension. I will most likely have him ranked as a mid-third-round pick because of his upside down the stretch, but I guess those who really want him might need to take him at the end of the second.

On the other hand, Darren McFadden will likely see his ADP skyrocket, and if it’s before the seventh round, it will be too rich for me.  I would rather have Doug Martin (who is suspended for three games) than McFadden, but the Cowboys new (temporary) starter will probably blow right past him in most rankings.

Turning 30 at the end of the month, we aren’t even sure if McFadden is able to provide RB1 value over the first six weeks. The schedule for Dallas creates even more doubt, as they open with the Giants and Broncos, then face two tough NFC West opponents in the Cardinals and Rams.

Elliott’s suspension might actually have a positive impact on the Cowboys passing attack from a fantasy standpoint, as it’s hard to imagine the running game being as good or better than it was with Zeke in 2016. Dak Prescott will probably be asked to air it out some more, which obviously helps Dez Bryant and other pass catchers.

Where you decide to take Elliott and McFadden is up to you, but you should at least go into the draft with a personal set of rankings and stick to them. Trying to pair Elliott/McFadden and panicking could ruin your fantasy draft—and your season.