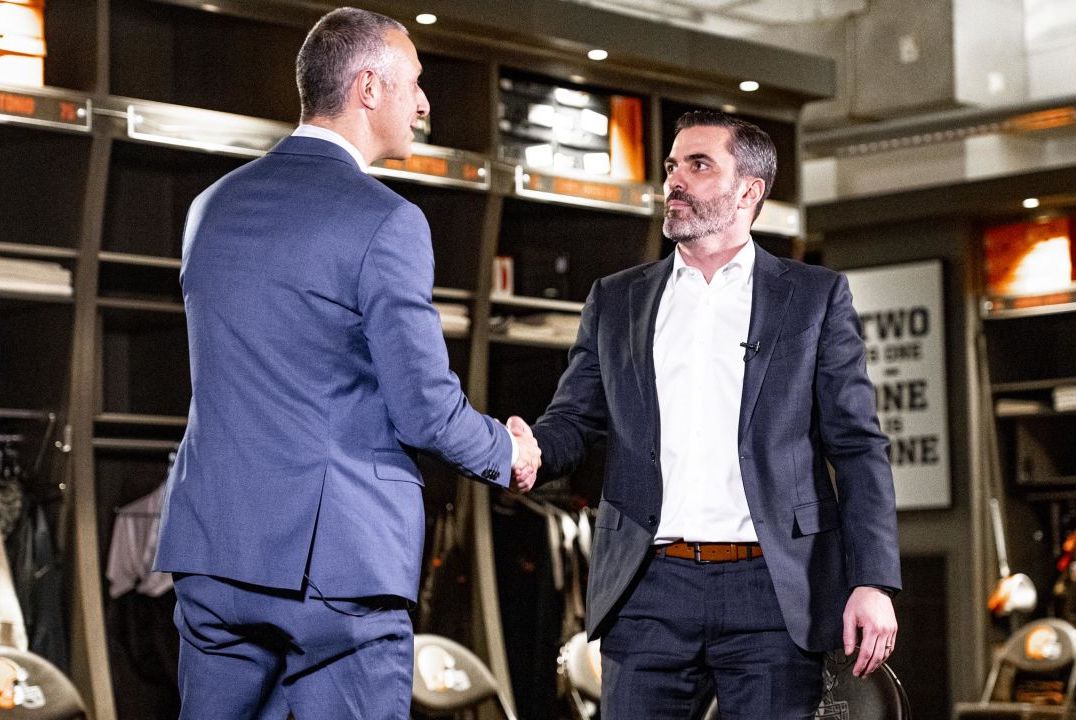 
What does the hiring of Kevin Stefanski mean for Baker Mayfield, Nick Chubb, and the rest of the Cleveland fantasy options? If you missed yesterday’s breakdown for the Panthers, check that out here.

In his first full season as Minnesota’s offensive coordinator, Stefanski coaxed a career year out of Kirk Cousins, but it came on very limited volume (444 passing attempts) for the run-first Vikings. Now, the question is whether Stefanski—in the lead job and not under the watchful eye of Mike Zimmer—will decide to air it out more for an offense that has explosive weapons at receiver and former No. 1 overall pick Baker Mayfield at quarterback. How the young head coach deals with the personalities on the roster will be as important as anything.

If the offense runs as it should, Mayfield should be an opportunistic passer in a play-action heavy attack, which would hopefully unlock the downfield accuracy he had throughout his rookie campaign in 2018. Turnovers have been a big problem for Baker since entering the league (35 interceptions in 29 starts), but Cousins just had a 26:6 touchdown-interception ratio under Stefanski, and sacrificing gaudy overall numbers for increased efficiency would be good for Mayfield, the Browns, and fantasy owners. QB1 value is certainly possible, but I don’t see Cleveland’s hire leading to the top-five upside people were hoping for in 2019.

As alluded to, you never know how being promoted to the lead job will change an offensive play-caller, but ideally, Nick Chubb will see the biggest boost in Stefanski’s system. The Browns’ best player for the past two seasons, Chubb inexplicably saw just 15.2 carries per game in December, which likely sealed Freddie Kitchens’ fate following a 1-4 finish; Stefanski, on the other hand, featured Dalvin Cook on a weekly basis, and in 2020 and beyond, the running plays (particularly in short-yardage situations) should be much more creative than what we saw from the Browns under Kitchens. It would be an upset if Chubb didn’t again threaten for the rushing title with increased touchdown potential and usage in the passing game.

D’Ernest Johnson is the only other back currently under contract, and further boosting Chubb’s value is the fact that Kareem Hunt will likely sign a bigger deal elsewhere in free agency. The team has no reason to match despite Hunt being a restricted free agent. Johnson or anyone else that Cleveland brings in is unlikely to be much more than a handcuff.

We didn’t get to see Stefon Diggs and Adam Thielen together for a full season in 2019, but they were both very productive under Stefanski. In the first six games on the field together, Diggs was on pace for a 61/1,120/11 line, while Thielen was on a 69/976/13 pace. The Browns have a fairly similar collection of weapons with two top-end receivers (Odell Beckham Jr. and Jarvis Landry) and limited options behind them, so there’s no reason the former LSU standouts both can’t be at least high-end WR2 options in 2020. I expect OBJ to be used in more of a downfield role like Diggs was (resulting in a career-high 17.9 yards per reception), but the key will be getting on the same page with Mayfield before next fall.

Landry should continue to click with his quarterback entering their third season together, and I think having more of an intermediate role will be something that continues in a new offense, which would make up for a possible decrease in targets. The high-end WR1 upside isn’t there like it is for Beckham, but Landry has 81+ receptions in all six years since entering the league. It will be interesting to see who the Browns draft and/or sign to fill out the receiver room.

Based on talent, I remain extremely high on David Njoku, and he should get a much better chance to succeed under a new coaching staff after falling out of Freddie Kitchens’ favor for unknown reasons. The former first-round pick won’t turn 24 until the summer, and he already has an impressive 56/639/4 season under his belt from his age-22 season, so he’s a prime buy-low target in dynasty leagues. Even if he’s not a priority in Stefanski’s system, Njoku should find a way to make plays if given a full-time role.