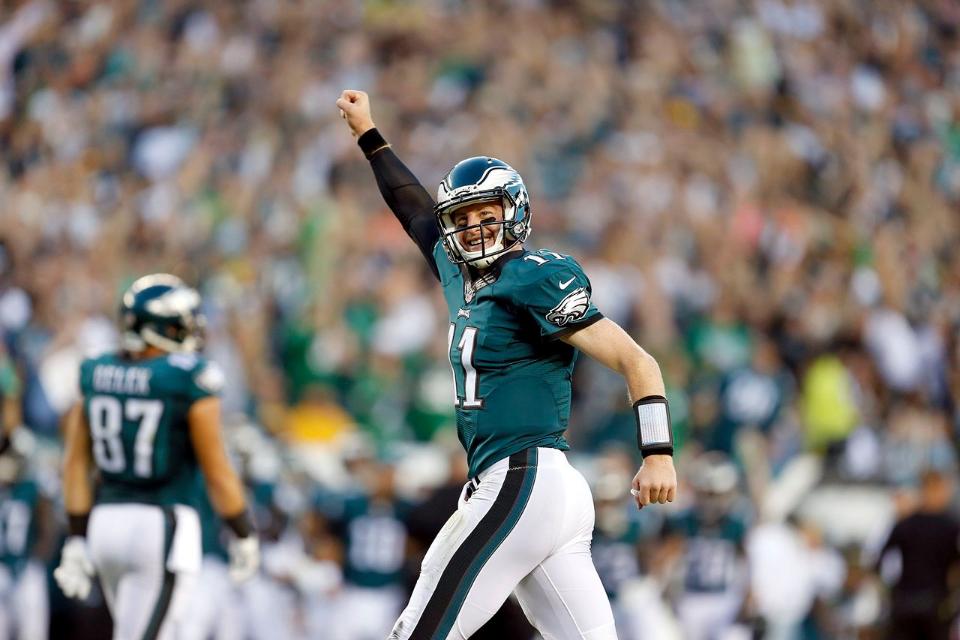 
We are getting close to football being back, as the Arizona Cardinals will be the first team to open training camp in just eight days. Before we know it, preseason games will be going and fantasy drafts will be held. Every Thursday, I will have a fantasy mailbag with all the questions for the week. Questions can be about anything to do with fantasy and I will do my best to answer them. You can email your questions to contact@wolfsports.com. Here are some made-up questions for the first edition of the 2017 Fantasy Mailbag.

Good question. I don’t want to reveal too much of my rankings, but I will say that I have Rivers as the slightly better option. That said, the Chargers have a difficult Week 1 draw against the Broncos in Denver, so keep that in mind when you’re drafting because you might want to grab two quarterbacks so that you can stream one to start the season.

Besides Dak Prescott, who do you think has the best chance of fantasy success from the 2016 quarterback draft class?

Carson Wentz is a candidate for many people to make a second-year leap after the Eagles signed Alshon Jeffery this offseason, and I agree, but honestly think Jared Goff and Cody Kessler will surprise people, too. Goff has a great offensive mind in Sean McVay coaching him up, and I have been impressed with Kessler since he was at USC. Wentz should have the most fantasy success in 2017, though.

What rookie running back and wide receiver will have the best season?

At running back, I am high on all three of Leonard Fournette, Christian McCaffrey, and Joe Mixon. Fournette is clearly above the other two because he is projected to have a featured role from the start. At wideout, I’m not sure we will have any big-time fantasy contributors this season. Corey Davis was the fifth-overall pick, but Eric Decker joining the Titans hurt his chances of being a fantasy factor as a rookie. I’ll say Mike Williams because I think he is the best player at the position, but his path to targets doesn’t look promising with Keenan Allen and Tyrell Williams around.

Am I stupid for wanting Mike Evans with the first pick? He carried me last season.

I’m not going to call anyone stupid for taking the guy they want, but I wouldn’t even take Evans in the first round. If you want him and are drafting first, you probably need to take him there, so maybe you can trade draft slots with someone.

This one will have to wait until my rankings are released next month.

These were mock questions, but please send any questions you have to contact@wolfsports.com throughout the year!