WOLF SPORTS ALERT There may be temporary login issues due to site maintenance. Thank you for your patience!
Home / frontfantasy / Fantasy Option With The Highest Upside In Each Backfield Committee 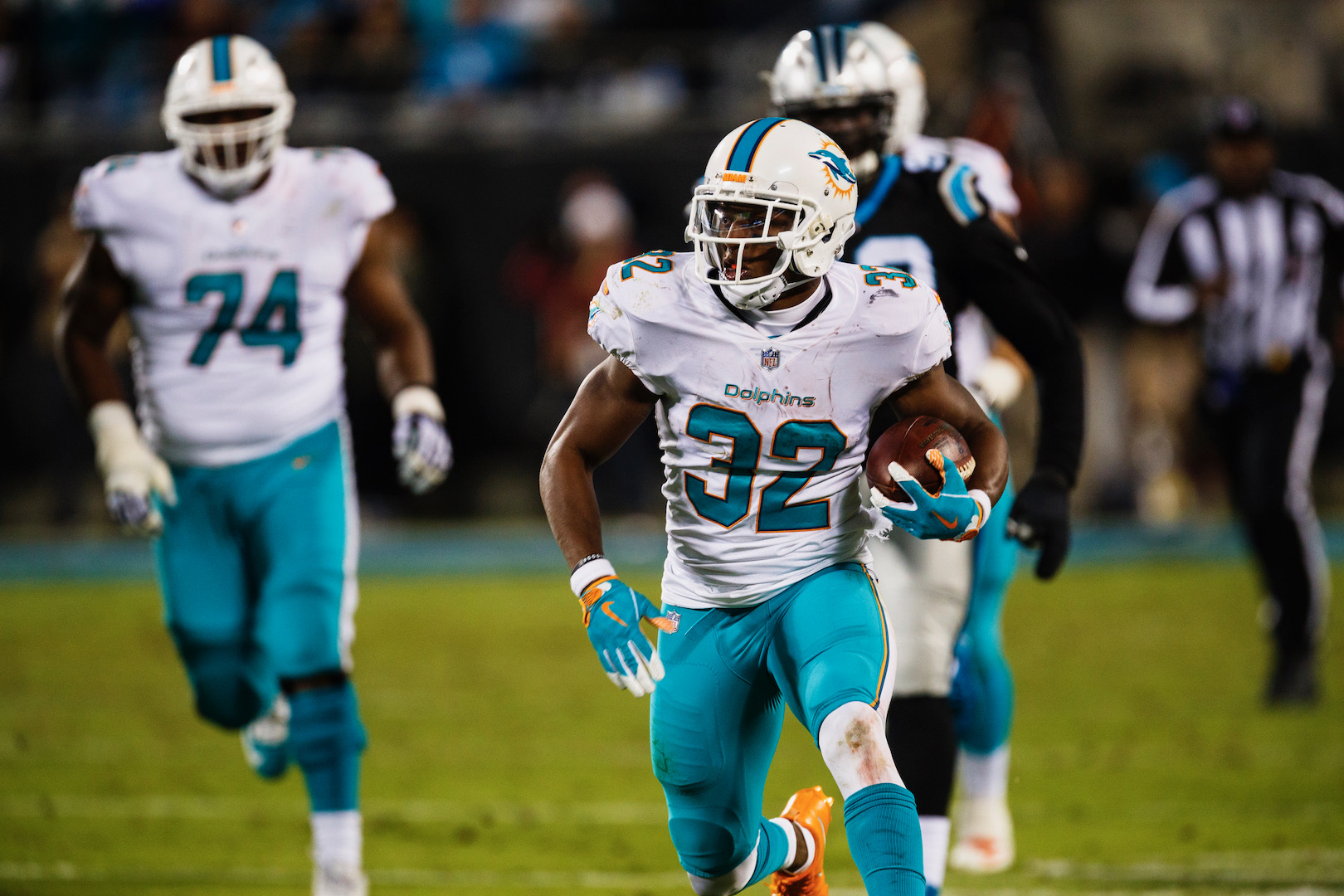 Fantasy Option With The Highest Upside In Each Backfield Committee


Backfield committees have become the norm, which is perhaps a good thing for NFL teams looking to keep players fresh, but a bad thing for fantasy owners. However, whether it’s through injuries or a guy simply emerging as the clear No. 1 back, committees can sometimes dissolve into a one-man show—leading to fantasy gold. So, which running back from each backfield has the highest upside if they were to become “the guy”? Here are my choices for teams with more than two potential backfield options (so, no Titans or Vikings or Seahawks).

Cleveland seems to have established a clear pecking order with Carlos Hyde as the starter and Duke Johnson as the versatile change-of-pace option, but if he gets an opportunity, Nick Chubb has the most upside in my opinion. The second-round pick is a throwback runner that would thrive behind the Browns’ starting offensive line (he had no room to run in his preseason debut), and Chubb is a better pass-catcher than people give him credit for.

A hamstring injury that leaves him in doubt for the start of the regular season is impacting Marlon Mack’s fantasy value, but earlier this month, Colts owner Jim Irsay said, “I think Mack has a chance to be a special guy this year,” adding, “I could see him approaching 1,500 yards.” Now, that might just be owner talk, but I think Irsay could be repeating what he hears from the coaching staff and/or management behind closed doors. If Mack gets to 100% and takes over the backfield, high-end RB2 status would probably be within reach.

After an excellent showing as the starter down the stretch in 2017, Kenyan Drake was thought to be the clear centerpiece on offense for Miami. However, the franchise brought in a blast from the past with Frank Gore (who played his college ball at The U) and a potential future backfield option in rookie Kalen Ballage, which has Drake fighting to keep his lead role. Gore has at least 1,200 scrimmage yards in every season since 2006, and Ballage is an exciting size-speed prospect, but Drake showed enough last year to get the nod here.

Overall, the numbers between Miami and Philadelphia last season aren’t eye-popping for Jay Ajayi, but if we just take what he did with the Eagles (408 rushing yards and 5.8 YPC), there is definite reason to be encouraged. It could be tough for Ajayi to really separate himself as the workhorse in a system that likes rotating backs—so, even an injury to Corey Clement might not give him significantly more touches—but Philly could very well decide to feed Ajayi in a contract year. Plus, giving more carries to their most violent runner could take the pressure off Carson Wentz as he eases back into action.

I want to say Thomas Rawls for New York, but he played deep into the second half last night and looks to be on the wrong side of the roster bubble. If so, and Elijah McGuire has a slow recovery from his foot injury, then Bilal Powell really only has to compete with Isaiah Crowell, who is currently recovering from a concussion, for touches. Powell already started the preseason opener over Crowell, and he could finally reach his fantasy potential with extended playing time in 2018.

Kerryon Johnson was very impressive last week in his first NFL action, but he will likely need an injury to LeGarrette Blount if he wants to turn into a fantasy star as a rookie. Still, hopefully it doesn’t come to that, and Johnson’s ability in pass protection and as a receiver could simply allow him to vault to the top of the depth chart as the team’s best all-around back. When considering the Auburn product in fantasy drafts, just be wary of Matt Patricia shuffling the backfield depending on the opponent, which the team hinted at earlier this year.

The full conversion to running back for Ty Montgomery last season was derailed by injuries, but while it was a small sample size, he was a rock-solid RB1 with 13.3 fantasy points per game in standard leagues as the clear starter over the first three weeks of the year. In 2018, it looks like he and Jamaal Williams will rotate series as co-starters with Aaron Jones suspended to start the year, and I’d bet on his talent to emerge over the two second-year backs. Remember, as a part-time running back two years ago, Montgomery rushed 77 times for 457 yards (5.9 YPC) and three touchdowns, also adding 44 receptions for 348 yards.

New England’s backfield is arguably the toughest to choose for this exercise, as Rex Burkhead was very good when he was on the field last year, and Jeremy Hill could surprise everyone and put up a Steven Ridley-like season from 2012 when he rushed for 1,263 yards and 12 scores. I’m going with the rookie in terms of highest upside as the potential lead guy, though, as New England made him a first-round pick for a reason. Sony Michel averaged 8.0 yards per touch and scored 17 touchdowns last year with Georgia, and he could be a dynamic dual-threat that helps Tom Brady move the ball in the final stretch of his career.

It won’t matter if he can’t stay on the field, but Samaje Perine ripped off a 30-yard run last night that I think showed why he is Washington’s best option following Derrius Guice’s season-ending knee injury. Unfortunately, that was his only touch due to an ankle injury at the end of the play, but if it’s minor as expected, Perine could return to seize control of the early-down role from Rob Kelley. And with Chris Thompson recovering from a leg injury of his own, Perine could turn into the productive player he was at Oklahoma when he broke the school’s rushing record by surpassing Adrian Peterson, Joe Washington, and Billy Sims.