WOLF SPORTS ALERT There may be temporary login issues due to site maintenance. Thank you for your patience!
Home / frontfantasy / Fantasy Options That Are Overlooked Based On “Narratives” 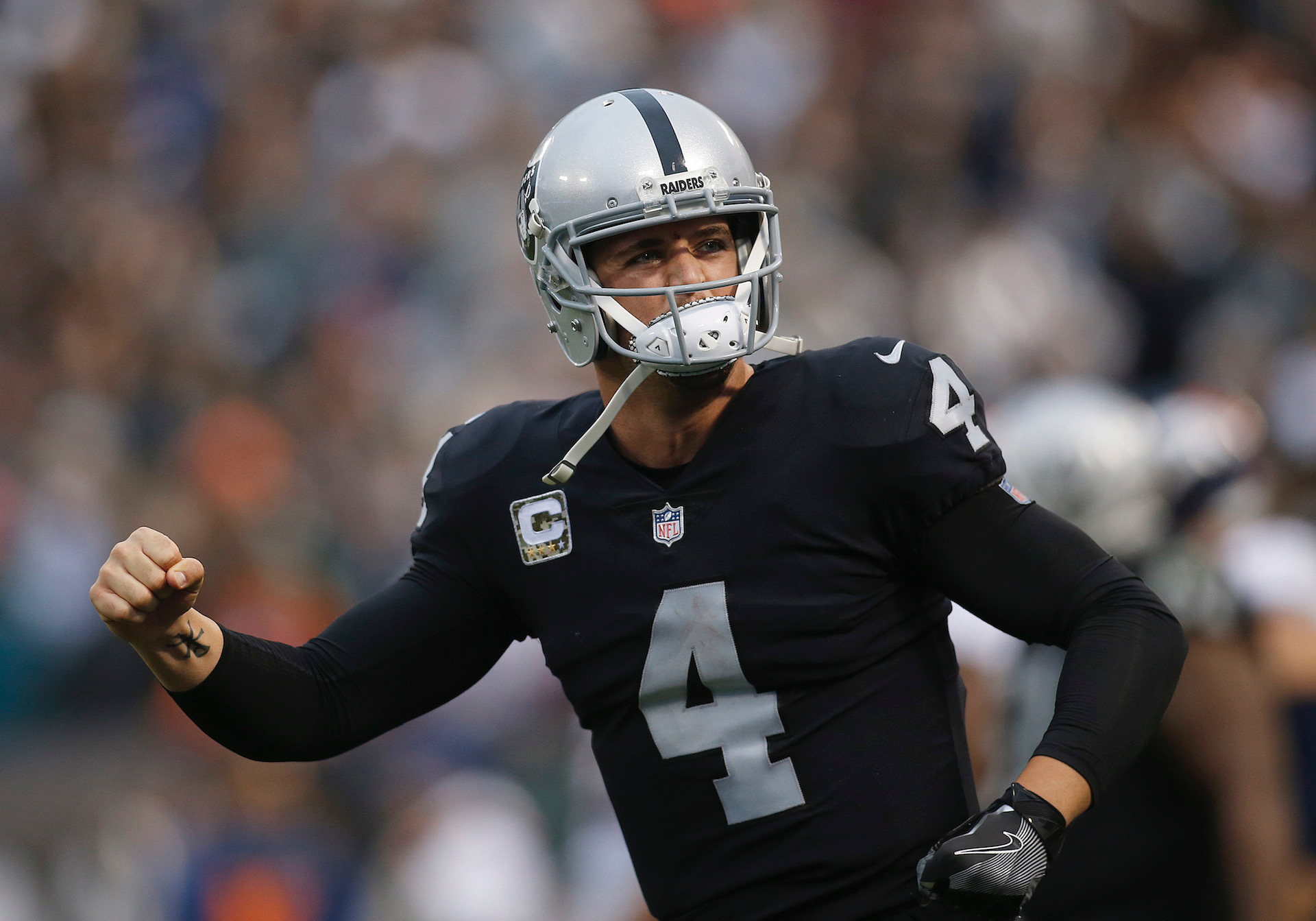 Fantasy Options That Are Overlooked Based On “Narratives”


Groupthink is all too common in sports (just look at the pre-draft criticism of Josh Allen), and it unfortunately leads to people being set in their ways for an entire season or a player’s entire career. It also leads to widely-accepted “narratives,” which fantasy owners need to cut through so they don’t believe something just because a loud minority pushes it as truth. Here are four players—one at each position—that shouldn’t be overlooked based on a false narrative.

Narrative: “Jon Gruden is a dinosaur.”

I don’t know how or why everyone hates Jon Gruden (perhaps envy), but he will push Derek Carr—who combined for 7,924 yards and a 60:19 touchdown-interception ratio in the two years prior to his injured 2017 season—to new heights, especially considering the talent around him on offense. A fantasy analyst recently said that Oakland’s head coach is not “a Sean McVay-type coordinator” that will be able to lift Carr’s game, but does he not realize Gruden is basically McVay’s mentor and gave him his first NFL job in 2008? And he’s been biding his time for the past decade in anticipation for his return to the sidelines? Talk about pushing a false narrative. I think fantasy owners should trust the guy who barely sleeps because he’s preparing to win championships over dozens of jealous media members. Carr should be at his best in 2018.

There is no better example of most fantasy “experts” being stat-chasers over film-watchers than the perennial dislike for Melvin Gordon. The 2015 first-round pick has been limited to fewer than 4.0 yards per carry in each of his first three seasons, so people think that means he isn’t a great player. However, Gordon has played behind a sub-par offensive line to start his career, and he consistently picks up yards after contact by making defenders miss in the backfield. The 25-year-old is ranked and being drafted in the second round of fantasy leagues, but he should be a slam-dunk top-ten pick this summer and has overall RB1 upside behind an improved line.

Like his new quarterback, veteran receiver Jordy Nelson makes the list because there’s been a lot of negativity surrounding the Raiders since Jon Gruden was hired. People believe that Nelson is “washed” after he went for a 53/482/6 line in 2017 with just 9.1 yards per reception, but he led the league in touchdown receptions before Aaron Rodgers’ injury and was limited to shorter routes with Brett Hundley under center due to a lack of chemistry between the two. In Oakland, Jordy is paired with one of the most talented throwers in the league, and he should immediately become a factor in the red zone when you consider his craftiness combined with Derek Carr’s ability to throw the back-shoulder ball. Plus, according to his head coach, Nelson’s monitored speed hit 22 miles per hour in practice, which is extremely fast for anyone, let alone a 33-year-old.

This one has a lot more credence to it than the others because there is a history of data backing it up, but every case is different, so we should evaluate the player/situation instead of simply writing them off based on what’s happened in the past. A mismatch at tight end is as crucial as ever in the NFL, and just last season, rookie Evan Engram finished as a top-five player at the position, while earlier this decade, Rob Gronkowski caught ten touchdowns as a rookie in New England. I think if Julius Thomas can catch 12 touchdowns in Adam Gase’s offense (his third season after just one reception over his first two years in the league), Mike Gesicki could absolutely be a double-digit touchdown threat with TE1 upside as a Jimmy Graham-like target. The second-rounder is severely undervalued as the TE25 behind low-upside options like Charles Clay and Austin Seferian-Jenkins.