Home / frontfantasy / Fantasy Options That Could Make The Leap To No. 1 Pick Consideration In 2019 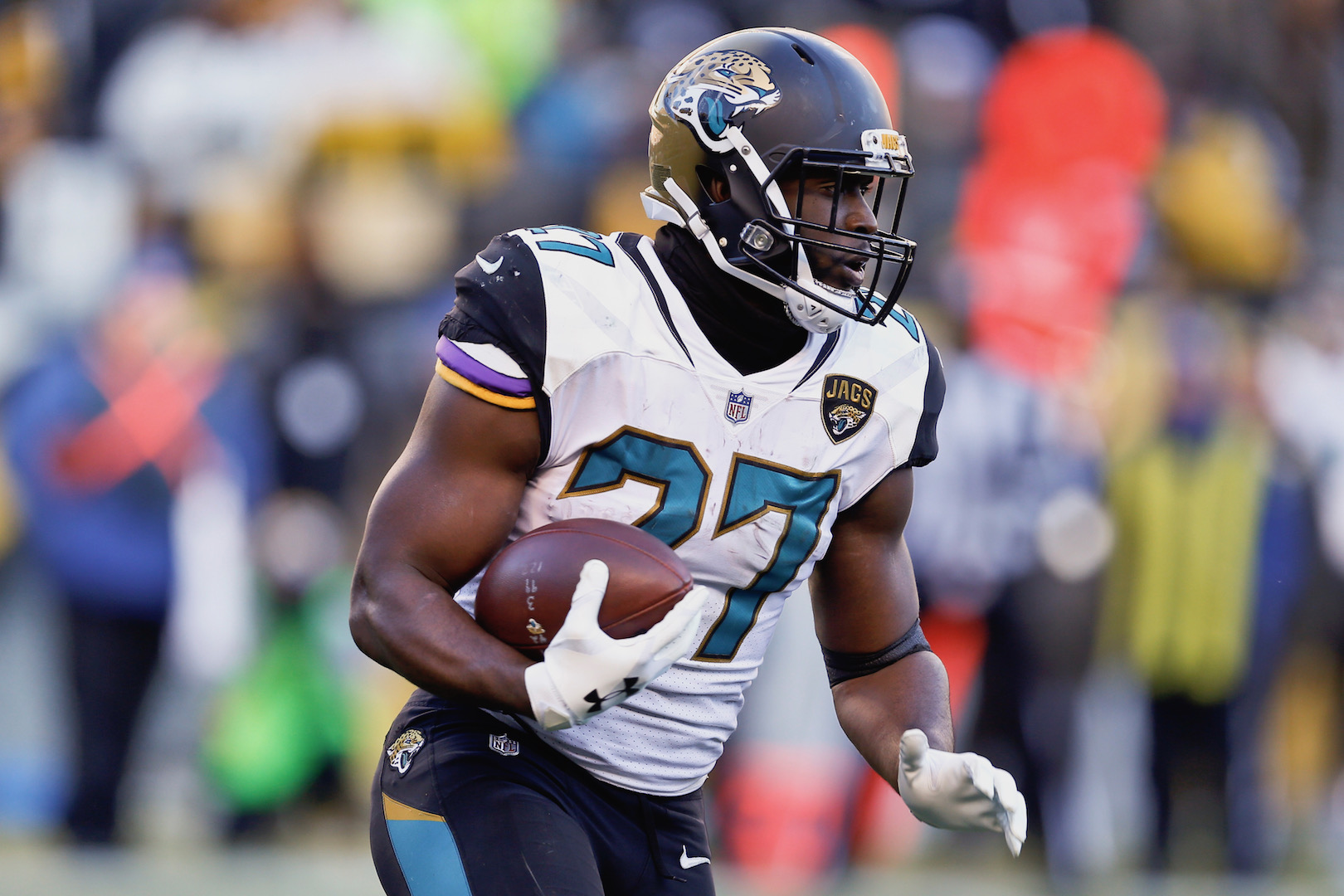 Fantasy Options That Could Make The Leap To No. 1 Pick Consideration In 2019


Right or wrong, there appears to be a consensus of four guys atop fantasy football drafts this season: Todd Gurley, Le’Veon Bell, David Johnson, and Ezekiel Elliott. They’re all awesome players and should not be busts, but looking ahead, which players outside the top five in average draft position might become the No. 1 overall player heading into 2019 fantasy drafts a year from now? This is for standard, non-PPR scoring and according to FantayPros ADP.

Already considered a first-round pick without yet playing a snap in the regular season, Saquon Barkley will clearly be an option for the top pick in 2019 and beyond if he reaches his potential. Barkley could have more competition for touches this year with veteran Jonathan Stewart and second-year back Wayne Gallman both in the fold, but his talent is arguably equal to the current top-tier guys, and Pat Shurmur’s offense will only help.

As a 22-year-old, Alvin Kamara led the league with 6.1 yards per carry on his way to NFL Offensive Rookie of the Year honors; and overall, he averaged 7.73 yards a pop every time he touched the ball, which almost doesn’t seem real. In PPR leagues, you could make the case for Kamara as the No. 1 pick right now, and an encore performance this season will probably lead to serious consideration in leagues of all sizes and formats next year.

A slimmed-down version of Leonard Fournette with an improved offensive line is a scary thought, as the LSU product was already terrorizing defenses when he wasn’t in the best possible shape as a rookie. 2017 First-team All-Pro guard Andrew Norwell—who is still just 26—will fit perfectly in Jacksonville’s run-first offense, and Fournette making a substantial leap from his 1,040 rushing yards as a rookie wouldn’t be the least bit surprising.

Before a torn ACL ended his season in Week 4, Dalvin Cook was well on his way to an RB1 finish, as over three healthy starts, his 13.7 fantasy points per game would have put him in the top-five at the position. Cook is set to return as the centerpiece of Minnesota’s offense and apparently looks as explosive as ever, so he could pick off right where he left off in 2017 to turn into the new Jamaal Charles as a fantasy contributor.

The offense runs through Cam Newton, and C.J. Anderson might also steal valuable touches down by the goal line if he makes the team, but Christian McCaffrey might show enough in 2018 that he becomes an easy first-round selection next year. The former Heisman finalist is more than capable of running between the tackles, and even in standard leagues, he will add plenty of production as a receiver, which gives him 2,000-yard upside.

Rounding out the group, Joe Mixon was considered by some to be an equal with Leonard Fournette and Christian McCaffrey as a draft prospect last season, and a Year 2 breakout could be on the horizon if the Bengals are improved up front. Should that be the case, Mixon has an all-around game that makes him less volatile than others, which could lead to the floor/consistency that fantasy owners might seek with the top pick in 2019.