WOLF SPORTS ALERT There may be temporary login issues due to site maintenance. Thank you for your patience!
Home / frontfantasy / Fantasy Options To Consider For Owners That Need A Big Game In Week 15 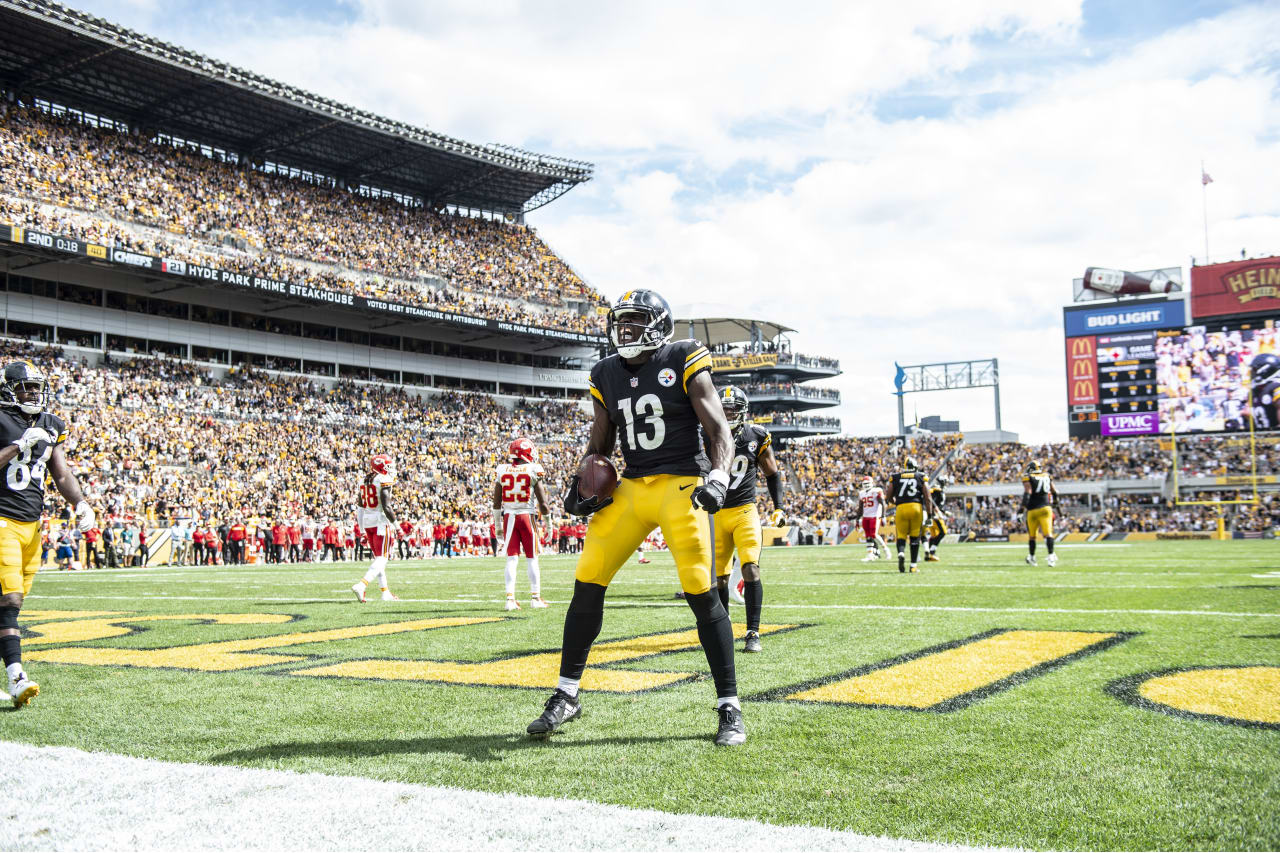 
Facing a seemingly insurmountable deficit heading into the second half of a fantasy football semifinal? You’ve come this far, so it isn’t time to fold just yet. Instead, you should think big. Here are five widely-available fantasy options that could have a season-saving performance in Week 15.

Ideally, you wouldn’t have to even think about using any of these guys in 10- or 12-team redraft leagues at this point in the season, but desperate times call for desperate measures. James Washington might benefit from New England attempting to take away both Antonio Brown and JuJu Smith-Schuster—which might not be as difficult as usual if James Conner (ankle) is out, especially considering no one else has stepped up as the No. 3 wideout for Pittsburgh. If so, Washington has all the talent to finally come through in single coverage, and you could do a lot worse than college football’s premier deep threat from 2015-2017 when looking for a Hail Mary play. At Oklahoma State, Washington had crazy lines of 4/200/2, 5/184/3, 9/296/2, 8/152/2, and 6/235/1 scattered over the past three years.

A top-50 pick in many fantasy leagues back in the summer, Chris Hogan has seen his fantasy stock fall off a cliff following the acquisition of Josh Gordon. However, he has been a big-game performer for New England over the past two-plus seasons, and that includes a 9/180/2 line against Pittsburgh in 2016 AFC Championship Game. If the Patriots decide to spread things out like usual against the Steelers, then Hogan should see more targets behind Gordon and Julian Edelman.

Contributions from 2017 first-round pick Mike Williams as more of a big-bodied deep threat has made Travis Benjamin the clear No. 4 receiver in Los Angeles, but would there be a better time for him to breakout than Thursday night against the Chiefs? The speedster could easily get behind the Kansas City defense a couple times as Keenan Allen demands attention underneath, and the Chargers might even want to test Eric Berry early on with a deep shot.

It’s hard to believe that Zach Zenner is already in his fourth NFL season, but I remember watching him do damage in cold-weather games at South Dakota State, which is exactly what he will get next weekend in Buffalo. Of course, this will be a foolish play if Kerryon Johnson (knee) returns for the Lions, but Zenner rushed 12 times for 54 yards and a touchdown yesterday while LeGarrette Blount lost a fumble, and Matt Patricia might think the 27-year-old earned more work in Week 15. Zero points is definitely possible, but so is 80 yards and two scores.