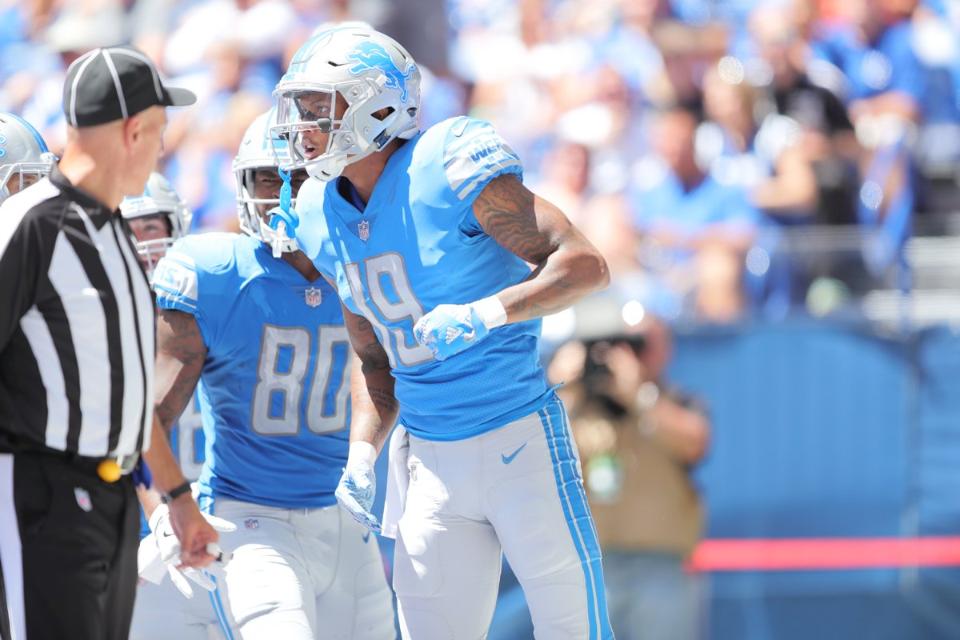 
Week 1 of the 2017 preseason is in the books, and we now have a better picture of the fantasy football landscape heading into the regular season. Starters might not have played much, but actually watching the games and not simply looking at the statistics will help fantasy owners get a better idea of a player they may or may not be targeting in their draft. If you think the preseason is too boring to watch, that’s OK; I’ve got you covered with the year’s first “Stock Report” based on last week’s action.

Big Ben didn’t play in the Steelers preseason opener, but he got some good news with Martavis Bryant being allowed to practice and play in preseason games as he waits to be fully reinstated. Roethlisberger is currently going outside the top-10 at his position, but he will be a surefire QB1 if he’s healthy for 16 games.

Minnesota had hoped their new offseason acquisitions at both offensive tackle spots would solidify the offensive line, but the first preseason game wasn’t a good start. Bradford was sacked twice against the Bills, and even with left tackle Riley Reiff not playing, it basically looked like last year when the team fielded one of the worst offensive lines in recent memory. Maybe Reiff will stabilize the unit, but one injury and it could be 2016 all over again for the Vikings.

I’m not going to put Ezekiel Elliott in this column because I wrote extensively on his suspension when it was announced, but Darren McFadden will be the clear beneficiary of Zeke’s six-game ban, and he looked good in Saturday night’s game against the Rams. McFadden rushed six times for 28 yards, and he looks to be a legitimate RB1 for the first six weeks of the season. That said, I wouldn’t overspend for the veteran back, as this will be a short-lived stock with a history of injuries.

Fumbling is never a good thing for a running back, and losing one in the preseason could open the door for others in the backfield room to get more work. Montgomery worked as the clear starter for Green Bay in the preseason opener, but he needs to take care of the ball if he wants to live up to his current ADP in the fifth/sixth round.

Like Montgomery, Thomas Rawls worked as the clear starter for his team’s first exhibition. Rawls had the early-down role to himself when Russell Wilson was in the game last night, and are indications are he has looked really good in training camp. That’s bad news for…

Lacy did not even see the field with Russell Wilson in the preseason opener, causing everyone in the fantasy community to re-evaluate their rankings. It was just one game, so this could be a motivation tactic for Lacy, who it seemed was locked in as the starter with Rawls as the change-of-pace option.

The Bucs loaded up on offense this offseason, so I am lower on Evans than most people are because I don’t think he will be a target monster like he was in 2016. Jameis Winston did his best to put that thought to bed, though, as the two connected four times for 58 yards on Friday night. I’m not suddenly going to put Evans back up into the first round, but it was a good sign for his fantasy outlook.

As stated, we don’t have much to go on with starters playing so little time in Week 1 of the preseason, but Pryor’s start in Washington did not go as planned. The big-bodied receiver dropped a pass from Kirk Cousins over the middle after he heard footsteps, which isn’t something that will make the quarterback any more confident in his new wideout.

So, Kenny Golladay looks to be for real. The third-round pick caught two touchdowns in his NFL debut after being talked up all offseason, and he is pushing for immediate playing time in the Lions offense. Golladay is six-foot-four and will turn 24-years-old in November, so he should be more well-adjusted to contribute than most rookies.

If Golladay forces his way onto the field for Detroit, it will come at the expense of Marvin Jones, especially if he doesn’t bounce back from his first preseason game. Jones couldn’t bring in a Matthew Stafford fastball against the Colts, and it was intercepted by defensive end John Simon. Vontae Davis made a nice break on the ball, but it was still a play that could have been made. Jones’ stock has seemingly been going down since he cooled off from his hot start in 2016.