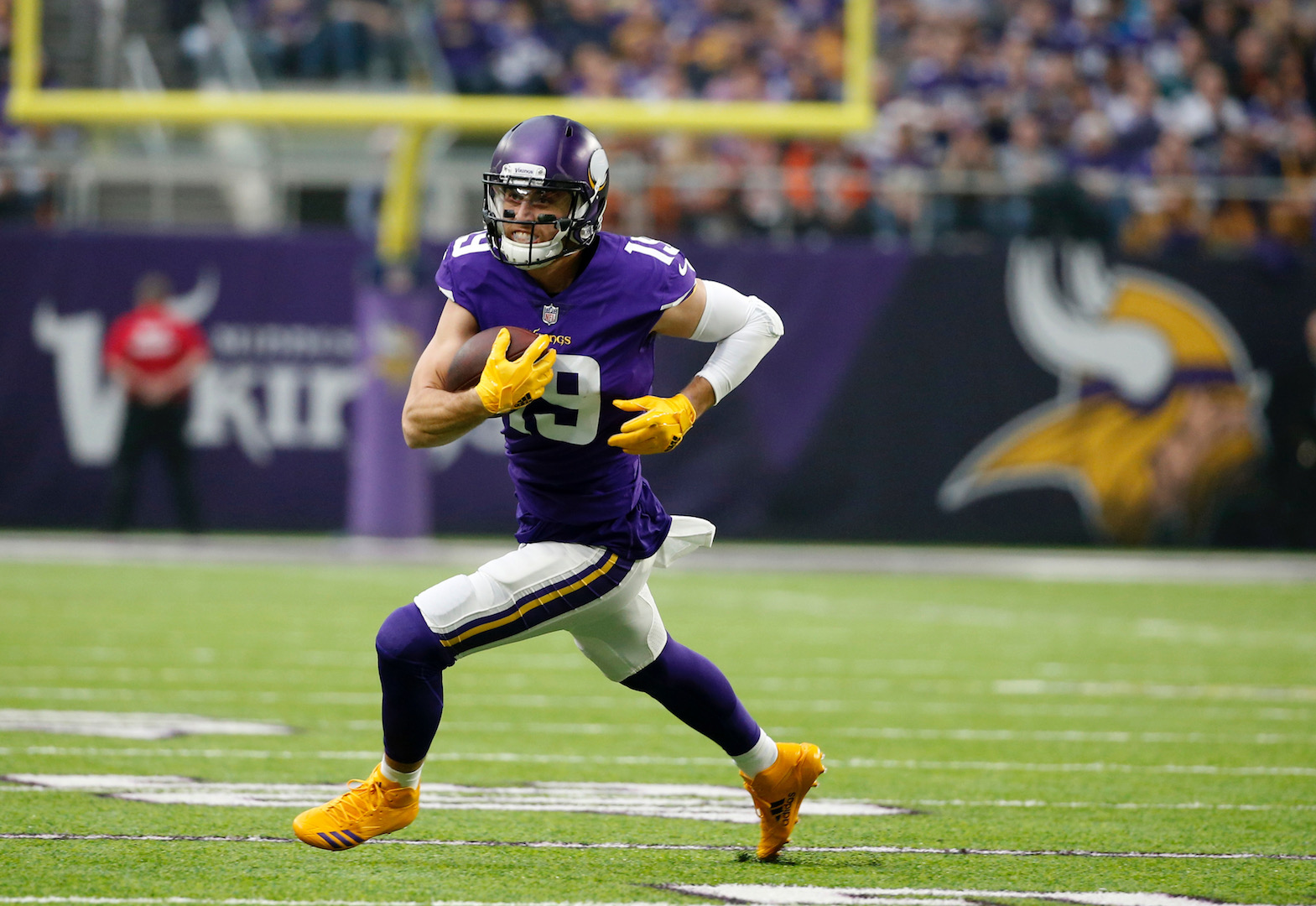 Last week, I had Patrick Mahomes trending down after a “less-than-spectacular showing,” but that obviously wasn’t the case this week with his 69-yard bomb to Tyreek Hill for six with three defenders helplessly chasing “Cheetah” as he tracked the ball. Basically, we saw what we wanted out of the second-year quarterback to get excited about his potential. Fantasy owners need to know that there will likely be growing pains with Mahomes as a fantasy option in 2018, but the potential is easy to see.

Though two preseason starts, Peyton Barber has done nothing to lose his grasp on the starting job with ten carries for 53 yards (5.3 YPC) and one touchdown. The Auburn product looks slimmer with added burst compared to a season ago, which has his stock way up when you consider the struggles from second-round pick Ronald Jones II, who has more carries (12) than yards (11) and hasn’t looked good in the passing game. At this point, Barber is set to shatter his Round 14 ADP.

Don’t look now, but overall, the Browns are trending up as an offense with Carlos Hyde joining Jarvis Landry and David Njoku as “Stock Ups” from Week 1. The veteran is working as the clear starter ahead of Nick Chubb, and he rushed nine times for 64 yards and a touchdown in extended action last Friday night. If he’s the workhorse for Cleveland, Hyde should easily top 1,200 total yards with at least eight scores for the third season in a row.

I don’t think fantasy owners should be concerned at all with Rishard Matthews signing a one-year extension, as he has yet to practice this summer, and more importantly, Taywan Taylor has been Tennessee’s most impressive wideout throughout the entire offseason. Taylor went off with four receptions for 95 yards and two scores against the Bucs over the weekend, and it will be difficult to keep him off the field in the regular season. Currently being drafted as the WR88 (i.e. not even considered in 10- or 12-team leagues), I would be shocked if Taylor didn’t make a huge leap over the next couple weeks.

For all these players, we need to keep in mind that it’s just the preseason, which is very different from game action in the fall. That said, the chemistry between Marquise Goodwin and quarterback Jimmy Garoppolo cannot be denied; the pair connected three times for 61 yards against Houston in the team’s second preseason game, and last season, Goodwin had a 56/962/2 line including 8.8 fantasy points per game when Jimmy G was under center.

It was good to have a Monday Night Football game last night to close out Week 2 of the preseason, and it was also good to see Andrew Luck enjoy getting hit a couple times by Baltimore’s defense. But while health should no longer be a concern for Indy’s franchise quarterback, he still has a ton of rust to knock off after going 6-of-13 for 50 yards and a bad interception in the red zone. In case you didn’t know, playing in the NFL is hard, and Luck hasn’t played in a regular season game for nearly 600 days.

Lions head coach Matt Patricia doesn’t seem like the type of coach that will hand anyone anything, but LeGarrette Blount playing deep into the second half of Detroit’s second preseason game was still a surprise. Even if the veteran is a lock to make the roster, it appears that his role will be volatile at best with Kerryon Johnson, Theo Riddick, and Ameer Abdullah all potentially being ahead of him in a committee.

The Vikings had an all-around sloppy offensive performance against Jacksonville on Saturday, and that included two fumbles (one lost) by Latavius Murray, which was a halt to his outlook gaining promise. He only fumbled once last year, so hopefully the coaching staff just throws the tape away, but the performance definitely opened the door more for Dalvin Cook to have a workhorse role. If Cook suits up for the team’s third preseason game, it should shed more light on the potential backfield split.

Maybe there isn’t much to look into, but Golden Tate wasn’t lined up with Marvin Jones in two-wide sets against the Giants last week, as the team instead deployed Kenny Golladay across from Jones. Apparently, Tate was just banged up, but if that’s the case, why was he playing at all in a preseason game? It could also be that the team wants a bigger body on the field to help block in the running game, so we’ll see what happens in the dress rehearsal on Friday night.

I guess it just wasn’t that great a week for the NFC North, but worries about Adam Thielen taking a step back after an All-Pro season have been around since the Vikings signed Kirk Cousins. The two have yet to connect in a game, and Cousins has shown much better chemistry with Stefon Diggs, who seems more like the type of wideout that fits the $84-million man’s game. I want to see a lot more out of Thielen and the entire offense this weekend, as Pat Shurmur being in New York could have a bigger impact than people realize.