WOLF SPORTS ALERT There may be temporary bugs due to site performance upgrades. Thank you for your patience!
Home / frontfantasy / Fantasy Stock Report: Preseason Week 3, 2017 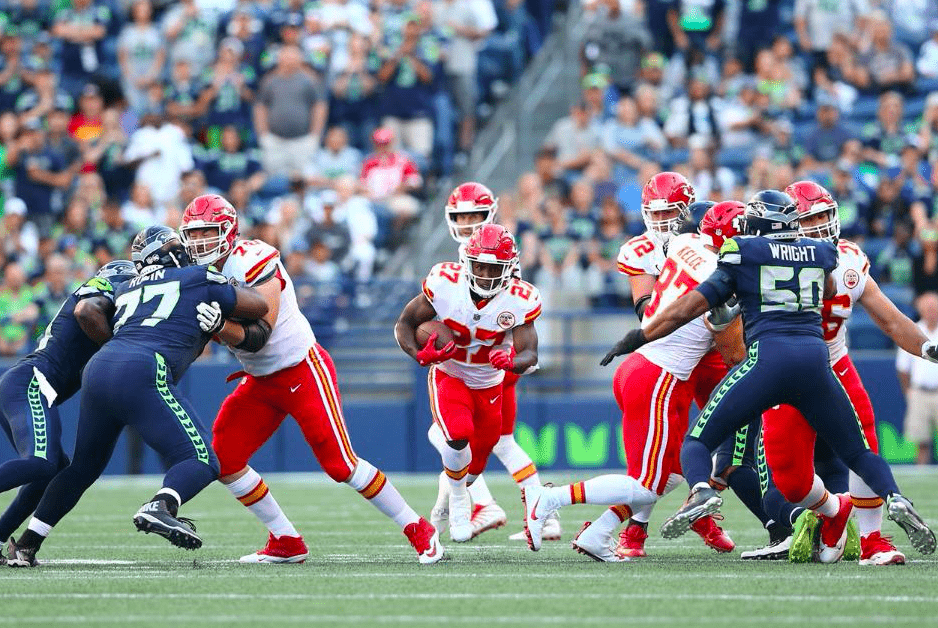 
The major injuries in Week 3 of the preseason is exactly why you should wait to hold your fantasy draft. Now, the fantasy football landscape is completely changed, and here is an expanded “Stock Report” based on the injuries and last week’s action.

Palmer continued his hot preseason play on Saturday night, and assuming the starters rest on Thursday night, he finishes the month with 192 yards, three touchdowns, and zero turnovers. The 37-year-old is currently going as the QB19 and is an excellent early-season fill-in for those who are planning to draft Andrew Luck (or already have) or a quarterback with a tough schedule like Philip Rivers.

It’s only the preseason, but Washington’s offense has not looked good at all this year. Cousins threw a pick-six yesterday, and he hasn’t shown good chemistry at all with new wide receiver Terrelle Pryor, as the two connected on just one-of-four targets against the Bengals. I’ve been lower than most on Cousins all offseason, and it’s surprising to see he’s still going as the QB6.

Hunt was rising after Week 2 of the preseason, and the unfortunate season-ending knee injury to Spencer Ware makes him the featured back in Andy Reid’s offense. The rookie should be drafted as an immediate RB2.

Despite having his best game as an Eagle last Thursday night, Blount’s stock is falling, as second-year back Wendell Smallwood was in uniform for the first time this preseason, and they basically split the first-team work. Plus, Darren Sproles has been resting all month, and he could end up getting the more touches than both Smallwood and Blount. This looks like an RBBC that you should avoid.

If there were any concerns about Abdullah’s workload, they should have been erased after Friday night’s preseason game. Looking healthy, the explosive dual-threat totaled 99 yards on 16 touches, while Theo Riddick saw only two touches in his return to the field. Abdullah’s ADP is slowly rising, and rightfully so.

Woodhead will miss the rest of the preseason with a hamstring injury, and while he’s expected to be ready for Week 1, it’s a concern for a 32-year-old running back with a history of injuries. Even in PPR leagues, I think it’s crazy that Woodhead is ranked above guys like Todd Gurley and Leonard Fournette—just another reason that standard scoring is the way to go.

No one was sure what to expect from Jamaal Charles when he finally returned to the field, but he definitely looked good, rushing four times for 27 yards and catching two passes for 15 yards. He’s not as explosive as he was in previous years, but Charles still might be knocking the rust off. He’s a great late-round pick.

Hilton didn’t even play in the Colts’ third preseason game, but the longer Andrew Luck takes to recover from shoulder surgery, the more Hilton’s stock should fall. T.Y. didn’t record a catch in either of Indy’s first two exhibitions, and he probably won’t even be a viable starting option if Luck misses time in the regular season. You could do a lot better in the late-second or early-third round.

After breaking out with a 69/967/5 line in 2016, Adam Thielen looks ready to best those numbers this season. Thielen played the majority of his snaps in the slot last night, and had five catches for 50 yards, despite the Vikings offense as a whole struggling (zero first-half points). He looks like a solid pick in both standard and PPR leagues.

People were ready to call Hill an elite receiver after the team released Jeremy Maclin in the offseason, but he has been a disappointment this month. It’s clear Hill has a long way to go when it comes to playing the wide receiver position, and he carries a lot of risk in the early fifth round of fantasy drafts.

Based on Friday night’s game, Chris Hogan looks like he will see the biggest uptick in playing time and targets after Julian Edelman’s season-ending injury. Hogan caught four passes for 70 yards and two touchdowns against Detroit, though New England is expected to adjust the offense rather than simply placing someone in Edelman’s role. Still, Hogan averaged 17.9 yards per catch last season—most in the NFL—and a scheme change could mean more downfield throws.

Landry was falling in last week’s stock report, and he does so again amid trade rumors. DeVante Parker has quickly become Jay Cutler’s favorite target, and running back Jay Ajayi will obviously be a huge part of the offense, so being delegated to the third option is bad news for a volume-dependent slot receiver in Landry.

Brown, too, was falling in last week’s stock report, but he scored twice for the Cardinals on Saturday night, including a spectacular, over-the-shoulder tracking catch in the end zone. “Smokey” will be a big part of the offense for as long as he’s healthy, and his worrisome sickle cell issues have pushed him into the 13th round of fantasy drafts. It’s hard to find higher upside there.