WOLF SPORTS ALERT There may be temporary login issues due to site maintenance. Thank you for your patience!
Home / frontfantasy / Fantasy Winners and Losers from Free Agency 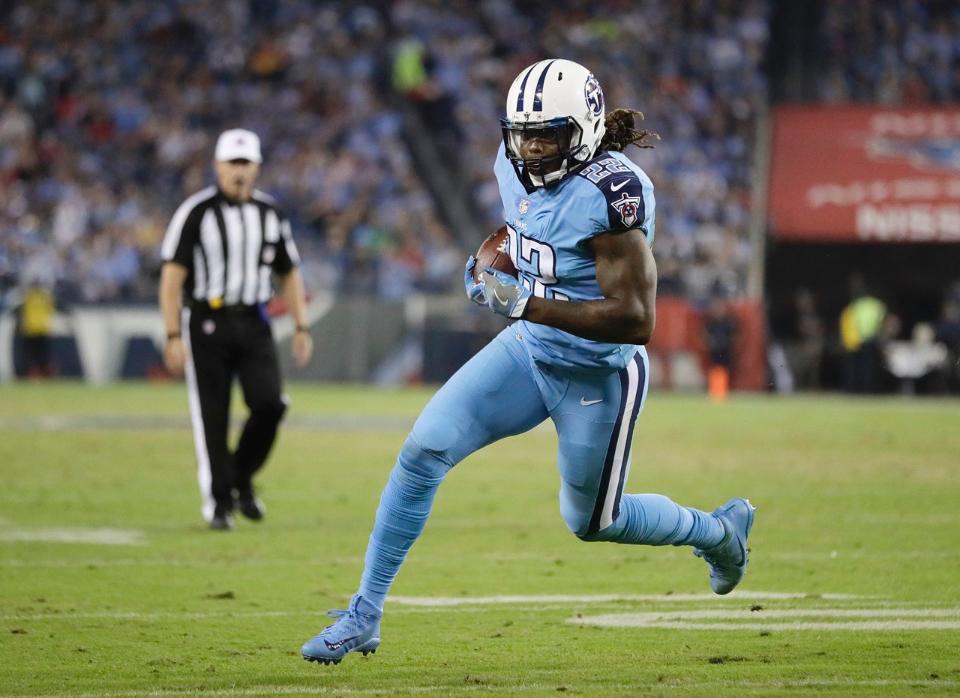 
Most free agents have found a home and a few trades have given us an idea of how teams will look in 2017. There are still guys that remain unsigned like Adrian Peterson and Jamaal Charles, and the NFL Draft obviosuly needs to take place, but who are the winners and losers from a fantasy football perspective so far this offseason?

The Patriots seem to be preparing to let Tom Brady statistically destroy the league as payback for Deflategate, as they traded for Brandin Cooks and Dwayne Allen when the new league year began. Cooks gives New England a weapon on the outside that they haven’t had since Randy Moss, so it would not be surprising if TB12 broke some records in 2017.

As if he wasn’t an easy top-five pick already, David Johnson’s stock gets even higher after head coach Bruce Arians said he wants his superstar back to get 30 touches a game next season. The first overall pick in fantasy drafts this summer will likely be between Johnson and Le’Veon Bell, and this news makes DJ the safer choice.

Green Bay let Eddie Lacy walk in free agency, and haven’t done anything else at the position this offseason besides re-sign Christine Michael. If the NFL Draft comes and goes without the Packers selecting a running back in the first couple rounds, Montgomery should be the lead back in an Aaron Rodgers-led offense, and I like his chances of success.

Garcon gets the coveted X-receiver spot in Kyle Shanahan’s offense, and he is familiar with the role. In 2013, when Shanahan was the offensive coordinator of the Redskins, Garcon caught 113 passes for 1,346 yards and five touchdowns. With at least competent quarterback play from Brian Hoyer (or whoever is under center), Garcon should thrive.

This could be the lowest Coleman’s stock ever gets in his career, as he closed out his rookie year by averaging just 30 yards per game over the last eight games after missing six weeks with a broken hand. Before the injury, he had lines of 2/69 and 5/104/2 in his first two career games. Cleveland bolstered the offensive line this offseason, so their 2016 first round pick should have plenty of time to get downfield.

As stated, Dwayne Allen was traded to the Pats. That leaves Doyle as the clear #1 option at tight end for Andrew Luck and the Colts. Erik Swoope could make an impact, but he likely won’t see the field as much as Allen did.

Brees being here does not mean I expect his decline in play to begin; he showed no signs of it in 2016. However, losing a guy like Brandin Cooks needs to be considered a negative for the Saints offense. Brees is already someone that is much better at home than on the road, so Cooks’ departure could give fantasy owners a reason to pair Brees with another quarterback for road games.

The Seahawks backfield looks like one to avoid in 2017. Rawls’ dynasty owners had to be fuming when Seattle signed Eddie Lacy, as he is expected to operate as the starter, with Rawls working as a change-of-pace and C.J. Prosise handling the pass-game work. I think Rawls is the best of the bunch talent wise, but Seattle seems to favor Lacy.

Titans head coach Mike Mularkey called Murray the team’s workhorse this week, so those hoping for a Derrick Henry takeover will likely be disappointed. The veteran Murray slowed down at the end of 2016, but he should be fresh again come September. On the bright side, Henry still remains the top handcuff in the NFL, and should have some standalone FLEX value in a run-heavy offense.

J-Matt has been the top option in the Eagles passing game throughout his career so far, but he could be as low as the third option after Philly signed Alshon Jeffery and Torrey Smith on the first day of free agency. It could be argued that the new wideouts will open things up for Matthews, but he’s been reliant on volume for fantasy production.

The re-signing of Kenny Stills was a big blow to Parker’s fantasy prospects this season and beyond, as Stills will operate as the main deep threat for the foreseeable future. Parker also has some maturity issues that he needs to get past if Adam Gase is going to feature him more.

Cook had a good things going with Aaron Rodgers and the Packers at the end of last season, but a snag in negotiations led Green Bay to look elsewhere at tight end (i.e. Martellus Bennett). Although he heads to another explosive offense with the Raiders, Cook and Derek Carr will have to build chemistry to put up solid numbers. Also, Carr loves throwing to Michael Crabtree and Amari Cooper already.