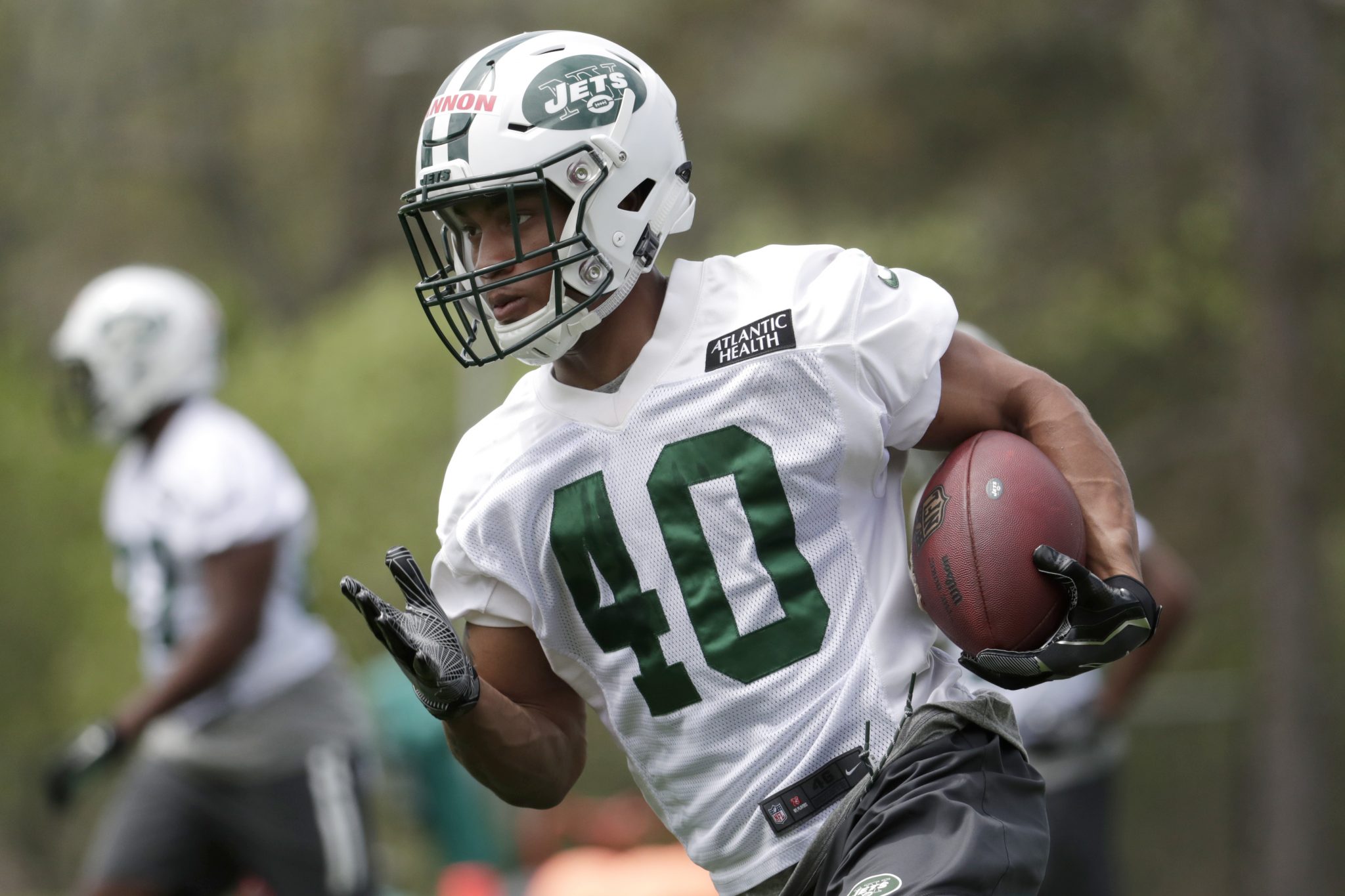 
It’s rare, but being drafted late on Day 3 or not at all can still lead to fantasy success as a rookie. Corey Clement is an example from last year with the Eagles, and Thomas Rawls is another from 2015 with Seattle. So, what about this season? These are the guys that were drafted in the sixth round, seventh round, or not at all that I could see making an impact in 2018.

It’s easy to connect the dots to this one, as Deon Cain was thought of as a Day 2 prospect that fell due to character concerns, but he has a tremendous opportunity with the Colts if he stays focused. If Cain wins the starting job across from T.Y. Hilton—which he has the talent to do—he will see a lot of favorable coverage on the outside.

Suddenly, the Saints have some backfield touches available for the first month of the year following Mark Ingram’s suspension, and Boston Scott is an electric player at five-foot-seven that might force himself onto the field with a strong preseason. He does some of the same things that Alvin Kamara can do, but the reigning Offensive Rookie of the Year has the ability to carry the load between the tackles, too, so Scott might get a chance to operate as a change-of-pace early in the season—potentially leading to more work and PPR value.

Do I need to go past the name? Seriously, Trenton Cannon is the perfect name for a late-round rookie that takes the league by storm, and the Jets’ weak depth chart at running back makes it possible. Cannon is extremely explosive, so the offensive staff might feel comfortable throwing him in the fire to see what he can do with the ball in his hands.

If Javon Wims wants to find a way on the field, he is going to have to earn it, as Allen Robinson is locked in on one side with Taylor Gabriel and second-round pick Anthony Miller probably joining him in the starting lineup. That said, Wims has great size at six-foot-four and knows how to make contested catches. It also helps that he has championship experience after playing for the SEC Champion Georgia Bulldogs.

Had it not been for Oakland trading for Martavis Bryant before drafting Marcell Ateman on Day 3, I’d like this one a lot more, but the Oklahoma State product might be one injury (or Bryant suspension) away from getting playing time in Jon Gruden’s offense. Dynasty leagues in particular should keep an eye on Ateman with Jordy Nelson entering his age-33 season and Bryant set to hit free agency.

The Eagles have Jay Ajayi, Corey Clement, and Darren Sproles all assured of playing time in 2018, but Josh Adams might be able to earn a roster spot and a role on Sundays as an early-down option with LeGarrette Blount now in Detroit. A long-strider at six-foot-two, 225 pounds, Adams could theoretically lead the backfield committee if Ajayi is injured, which is a real possibility due to his knee issues.

Former first-round pick Josh Doctson will be relied on to make the leap in his third season, but if he struggles with consistency like he did in 2017, the Redskins might be looking for another option to step up alongside Paul Richardson and Jamison Crowder. That option could be Simmie Cobbs, who should have a chip on his shoulder after he was undrafted. Fantasy owners should look no further than his performance against Denzel Ward and Ohio State last fall to see whether or not they think he can produce against NFL talent.

Lavon Coleman might not have the moves that Boston Scott has, the name that Trenton Cannon has, or the size that Josh Adams has, but Houston presents a nice opportunity for him to earn a role with D’Onta Foreman recovering from a torn Achilles and Lamar Miller struggling with efficiency in each of the past two seasons. It’s an extreme longshot, but Coleman is at least someone to keep in mind.